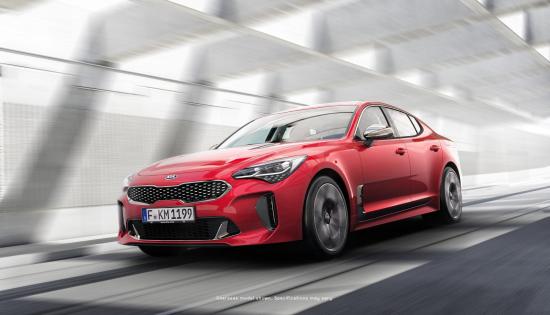 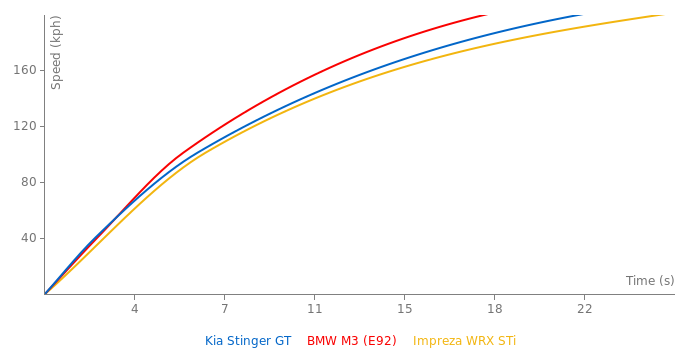 Didn't expect to be looking at Kia's this morning! LOL! But that what makes FL so unique there are hundreds of thousands of combinations of variance. ;)

When we tested the Stinger GT S against the Audi S5 Sportback, it was slightly slower than the Audi from 0-60mph, taking 4.9 seconds to the S5’s 4.7 seconds, but the Kia was faster once it was rolling. The Audi’s four-wheel-drive system means it launches ferociously, but the Kia was a tenth quicker from 30-70mph through the gears, posting a time of 3.9 seconds.

The newcomer was also significantly quicker in-gear, as the Kia covered 30-50mph in just 2.2 seconds. This is where it gains another tenth of a second over the Audi, which took 2.3 seconds.

Once you’re up to speed the difference is even greater, because from 50-70mph the Stinger was faster in every gear. In fifth it took just 3.7 seconds to the S5’s 4.0 seconds, and in sixth it set a time of 4.6 seconds. The Audi did it in 5.1 seconds."

It's VERY rare, atleast in my experience because I'm definitely more an Autocar man for them to test anything and publish figures. Only Tip Gear and sometimes EVO Magazine do it! Now I'll definitely be triple checking for others! ;) 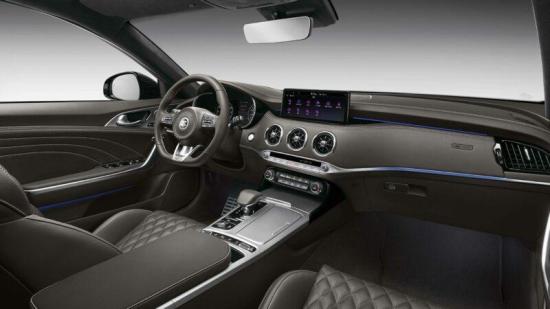 No, this is not a Mercedes interior, this is the Kia Stinger's interior.

1:46.16 around laguna Seca is not fast by any means but it’s not bad considering its size and comfort. I mean it’s only a couple seconds slower than a Civic type R and faster than the brand new Bentley continental GT. 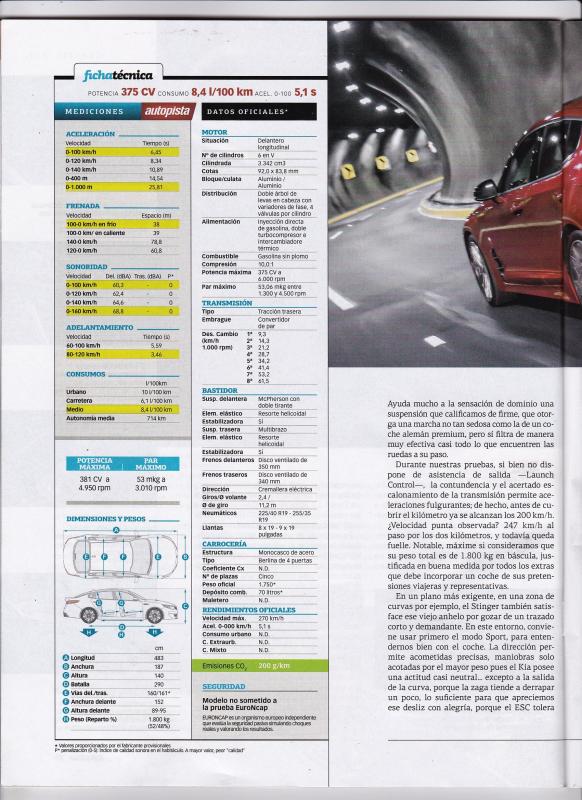 I really hope this is something pretty good. The idea of an European sports saloon is just too expensive niwadays

The people who see racism in everything are the real racists

The one thing people should now be worried about, is not how fast it ...

Finally they said it themselves

Dark Horse? Is this car aimed towards dark skinned people? Why not call it ...