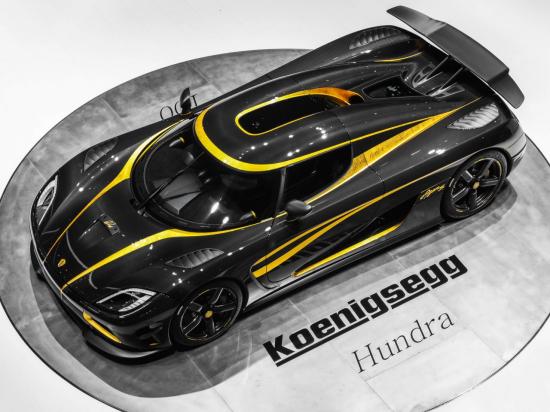 @Jeremy Clarkson
I do.

Listen to you folks. You make me laugh. who cares how fast it goes on SALT.

Why is almost every comment in italics, here? :D

At Bonneville, a car will be 30 MPH slower than its actual top speed.

Bonneville is not a good place to test top speed. Because of salt bottom, that not just pretty much slows down the vehicle, but might also damage such neat car with the low clearance like this Agera.

@ Fangio Man: Yeah.. I almost forgot that. Bonneville might be a good place

Another option is the Reichsautobahn Frankfurt-Darmstadt, where AutoUnion and Mercedes reached speeds which are still unmatched.
But then the whole Highway must be locked...
So we can exclude it...

of course the koeniggsegg beats the veyron convincingly.

it would beat the veyron ss as well imo

@phavyarden
I've never been impressed with the Veyron/VeyronSS myself.
I'm certain cars like the Agera S, 9ff, VenomGT, AeroTT would all be faster. But getting them all on the same track is difficult, plus Bugatti doesn't want to play fair, which is a bummer... :/

How about Highway 381 Nevada?

Because there's no such place on Earth where it would reach it's 420+ max speed... maybe Ehra-Lessien, but that trackbelongs to VW (Bugatti)... :D

Why did not they make a topspeed run already?

It would be very fast!

In that race Veyron looked like an old slow heavy Beetle in comparison to the Agera. Of course, rolling start from 50 kph was in favour to Koenigsegg, but I suppose even from the standing start Agera would win. Would be good if they recorded numbers too.

Anyway, Veyron SS vs Agera R battle would be more epic and entertaining... My 100 bucks would be on Koenigsegg.

Koenigsegg,
You know you're doing something right when your car can make a Veyron look slow, in a DRAG RACE!... Thanks for the video phavyarden :)

@ Fangio Man: I see what you mean, I just saw the video, it was amazing!

@Shaggy
But this acceleration is just MAD!

@ Fangio Man: The top speed has not been tested yet, the Bugatti Veyron Super Sport still holds the top speed record for a production car, 267 MPH.

I did not expected the Königsegg is so much faster than the Veyron!

http://www.youtube.com/watch?v=es6C9-Ms194
Pretty sure u already saw it, but just in case :)
Stupid fast

But 120 liters fuel capacity?
Is that correct?

Please, do NOT delete this car. It is already in production, already selling, and 100% road-legal.

Agera S runs on low octane benzin, which is one of few definition to Agera R. That's made to export Koenigseggs in markets where E85 is unavailable.

Such a magnificent car, just my dream. 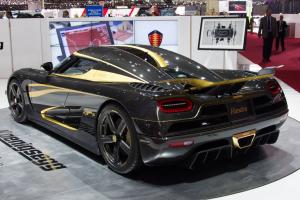 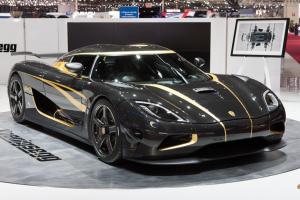 Yep if there's one thing i've learnt over time is that manufacturers lie about ...

Tell me about it. And it was fast as hell too! Could keep up ...

With all those sophisticated printing techniques and technologies? We will see. Not long now! ...

czinger's kerb weight might be at north of 1400 kg