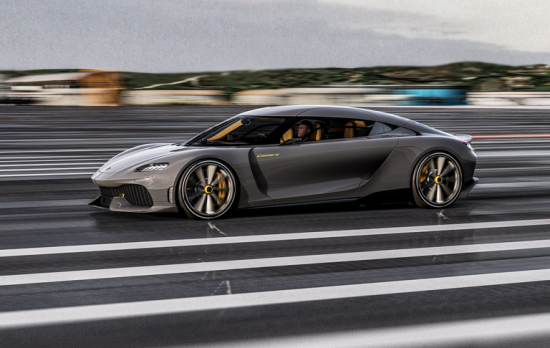 I don't quite get this car. Perhaps it's meant to be the drag racer and acceleration record maker for Koenigsegg.

590hp to the front wheels from the 2.0 engine.
1100hp from the electric motors mostly for the rear wheels.

at 15kwh battery. In theory the car would run out of juice after a 65s of full throttle. of course any car would have to slow down, whether for a corner or something. On the autobahn, there will be traffic that will force you to reduce speed.

But say you're on a track, because that is where 1000+hp cars get to stretch their legs. To achieve driving balance, most of the power is sent to the back. What happens to the car's balance when you run out of juice and you're left with 600hp to the front wheels?

It'll certainly be fast at the drag strip tho.

It's actually a bit less than that 1:10 figure shown above, but because that number translates into a certain number in seconds, and some parents do not like hearing their kids bring up that number, I rounded it up.

After production of this car ends, Koenigsegg will build junior and senior supercars to benchmark Lamborghini's Huracán and Aventador successors as well as the Ferrari 296 GTB, SF90 Stradale, McLaren Artura, and a 720S successor (also likely to be hybrid).

Quote>"Developed for the Gemera four-seater, this electric motor, dubbed the Quark, is a tiny powerhouse. In a package that weighs just 63 pounds, the Quark develops 335 hp and 443 lb-ft of torque."

Quote>"Those peak power and torque figures are only available for 20 seconds, which is common among EV motors. After 20 seconds, the figures drop to 134 hp and 184 lb-ft of torque. That's fine for the Gemera, which has three electric motors and a 600-hp three-cylinder."

Reservations. More research needed. Which is DEFINITELY not now.

Quote>"For instance, the artist is responsible for the exterior/interior concept of the Bugatti Veyron Super Sport, while having also created the sumptuous cabin of the Bugatti 16C Galibier."

Two others accredited in the article. (I've never heard of them, I don't really follow the marque.)

"The man who designed the Bugatti Chiron now works for Koenigsegg."

Quote>"Now, it’s not often we cover appointments by manufacturers, but this is a big one. That’s because Sasha was the man responsible for designing the Bugatti Chiron and the incredible Bugatti Vision Gran Turismo concept. Ooooft."

That's not very strictly true. Sasha was part of a team including Etienne and many others. Atleast two others I could name, Frank Heyl being one.

But it's good to see designers from one design house move on and be involved with another prominent hypercar manufacturer. The interior particularly is stunning. But Etienne is a genius, proven and it includes the most extreme Bugatti of all. The Bugatti La Voiture Noir. He's a ****ing genius as I've stated. Independent of Bugatti now, sadly but obviously.

So as a piece of design it's as good as it get's. (The Pininfarina my current favourite, even above any current Bugatti design save the SS.)

But, some of the technical specifications or details are, well to me individually rather challenging to see eye to eye to. But then I don't need to either, LOL!

But anyway regardless it's just moved on into pre production prototype phase. God speed to it.

Imagine buying a luxury performance whatever car and the only engine you can get is a 3 pot you know from a motorcycle. Should have just made it electric at this point. Would probably make Greta happier.

First impressions. The weight @ 1988KG kerbweight is high. It's TWO TONNES or 12KG off? Add each passenger and luggage it's going to go higher than Tesla's stock price! LOL!

So based on power and weight which are now both confirmed some of the acceleration "claims" that are out there, evidenced and sourced and quoted below are absolute nonsensical simulation bullshit.

And apply EXACTLY the same position to some of the English manufacturers claims for performance too. I've mentioned it below and on numerous occasions.

Quote>"Koenigsegg Bangkok is operated by General Auto Supply Company Limited – the sole authorised importer and distributor of Koenigsegg vehicles in Thailand – a subsidiary of Sharich Holding."

This is important, if an authorized dealer doesn't know what they are talking about then nobody does.

Finally found something I can work with!

I'll definitely attempt a top speed calculation. At some point.

I'll start analysing these later. But if you look at the post below there's already issue's and problems.

You can read it yourselves but BELOW caught my eye straightaway!

Quote>"Though Christian got annoyed – at himself – for “needing a kick in the head to start thinking” about improving acceleration, the solution he found is just… wild. “We’re talking 0-250mph in 14 seconds, or something like this. It’s like, black marks all the way up to 250mph (400kmh).”

I mean I posted something earlier and that should give you an idea of what's required.

Like Bugatti Bolides 0-500km/h "claim" in putting this in the NO ****ING chance section unless proven otherwise by INDEPENDENT testing and verifications.

FFS. I like this car a little too. Mercedes and Lotus and Aston Martin too? It's just a war of computer simulated virtual reality artificial intelligence BOLLOCKS!

I realized that this name is actually quite good :D

Gotta be the one most revolutionary car atm

Engine without camshaft, transmission without gears, doors without handles...
What we will see in next Koenigsegg?
Wheels without tires?
Interior without seats?

The rear fascia reminds me somewhat of a Porsche 718 Cayman, especially the rear lights and ducktail-like spoiler.

The Gemera is a new creation from the firm you know for building the Jesko and Agera. Unlike those, however, the Gemera is Koenigsegg's first four-seat, all-wheel-drive vehicle. The Gemera utilizes an advanced hybrid powertrain - a "Tiny Friendly Giant" 2.0-liter 3-cylinder is paired with 3 electric motors. The 3-cylinder alone makes 600bhp and 443lb-ft, hence its name.

This equates to ferocious performance. The Gemera sprints from 0-60 mph in a mere 1.9s, then continues to 250mph. The 0-60mph time matches that of the 1,887bhp Rimac C_Two, and the top speed is just 8mph less. Don't forget that the 'Segg has 4 seats and a rear infotainment system.

300 units of the Gemera will be produced, at around $1.9m each, at the current exchange rates. if you want something in the spirit of the Ferrari GTC4Lusso, but many, many, times faster, the Gemera is for you.

The car has 8 carbon fiber cupholders. 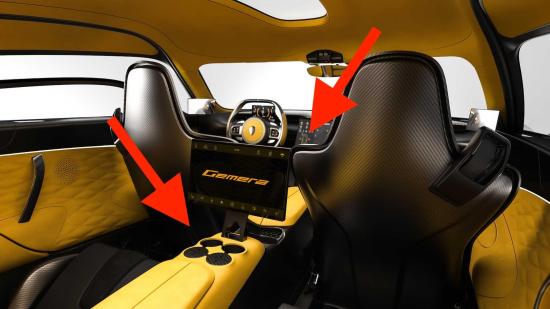 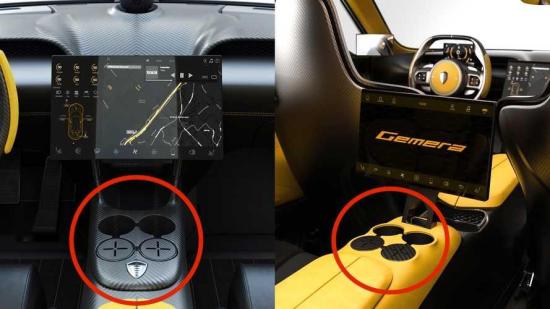 these names are terrible...
Agera is OK
Regera is weird
Gemera is... I don't say anything. 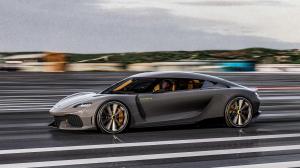 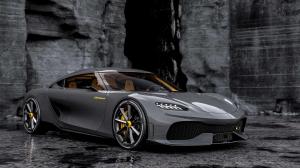 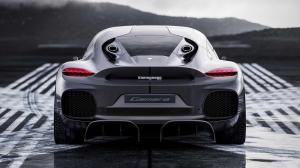 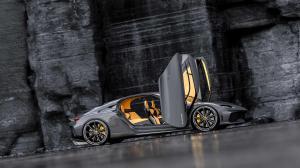 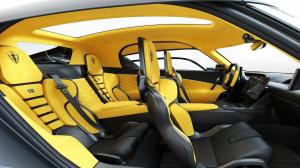 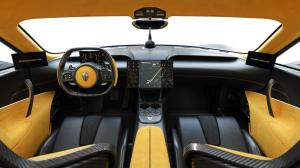 And here I thought Le Croissant Factory was heavy at 2 tons until I ...

Yes indeed! But there's a couple of videos in front of ...

Definitely man! The last of it's kind. So atleast Ferrari state! ...

This Superslow Italian horseshit is slower than sedans on the Nürburgring. ...

Does anyone know anything about roadster roof having issues with leaks on rainy days ...

i was hoping it was a rick roll