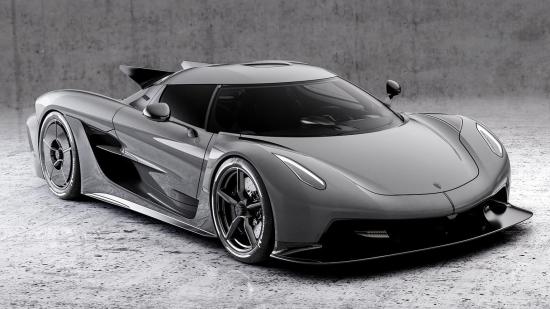 The $3.4-Million Koenigsegg Jesko Rakes In The 2022 Hypercar Award From The Motorheads At ‘Top Gear’. 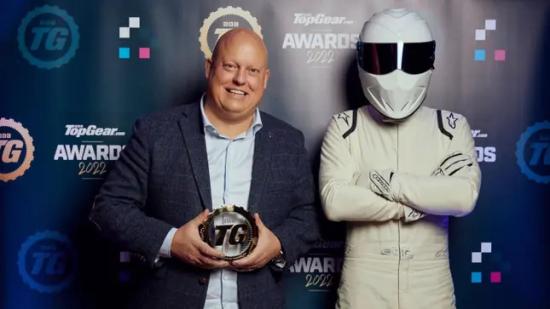 "The Koenigsegg Jesko has been raking in the plaudits and creating its own fanbase since its introduction at 2019’s Geneva Auto Show, but the new $3.4 million Jesko Absolut has just done its predecessor proud in winning the annual 2022 hypercar of the year award from Top Gear. It’s not as if the car actually needed the plaudit to prove anything, but it is an awfully nice public certification of its intense popularity among the global hypercar-owner set, and it’s made Christian von Koenigsegg, the founder of the hardy company in Angersholm, Sweden, and his 500 colleagues who make the thing in some very imaginatively converted former hangers at a demobbed Swedish military airbase very, very happy." 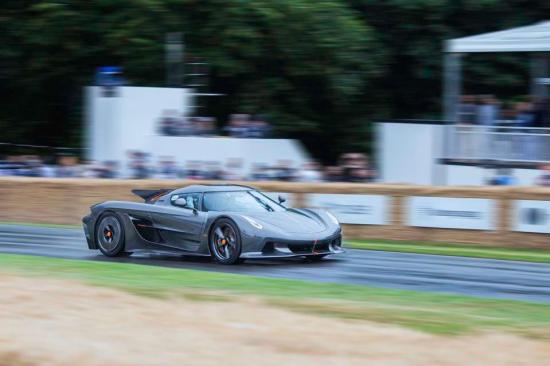 Nobody knows until it's run. It'll be into 2023 deeply before this occurs.

If you don't suffer from feeblemindedness, you would've come to notice one interesting fact. Knowing that this car doesn't have any active aero devices would mean that downforce increases with the square of the velocity. If this car produces 40 kg at 250 km/h, at what speed would it produce its claimed maximum of 150 kg? Well, it turns out that it produces 150 kg at exactly 300 MPH.

Now, that could mean two things:

I am more inclined to say the latter because he is no engineer.

According to my calculations, this car should top out at 525.7 km/h. Why is my estimate lower than other people's? The main reason is that this car doesn't have a frontal area of 1.88 m^2. Using CAD tools to compute the frontal area of a very detailed model, I found that it is impossible for its frontal area to measure below 2.00 m^2 given this car's dimensions.

If you were wondering, the same is true for the SSC Tuatara. Their claim of an 18 sq. ft frontal area is beyond nonsensical. It's quite ridiculous. I calculated the frontal area of the Tuatara to be about the same as what Koenigsegg quotes for their Jesko. For comparison, the Tuatara should top out at 537.3 km/h.

This will be my last post here.
Even though I haven't been here for very long I find this to be an incredible community, with very passionate car enthusiasts digging into the little details of every sports car to exist. Wish you all the best!

If you bring that [non-homologated cars] into the mix, you can bring in these 'rocket cars' from the salt flats – they don't have airbags, or emissions controls or OBD either. And they go 1,000 mph - CVK

I admit this is a long interview. I've listened to little pieces here and there for an extended period of time.

Last night I finally got to the "production" car and "homologation" information!

OMFG! I was shocked!😲

Robert Mitchell has always had my admiration in the relatively balanced way he handled the complete FK up incident in Nevada, but the way he put it across THIS time was BOSS level ****ing X!

Nice little write up and pictures!

I will be working on a spreadsheet filled with the entire Koenigsegg lineup for straight-line and track performance comparison. This should be complete by tomorrow. I will let everyone know if it is not.

EDIT: Go check on the Jesko non-Absolut page for my estimates

Could the Chiron SS be the fastest due to VW having the 5.5 mile straight in Germany where it hit 304.77 miles per hour in one direction beating the Jesko Absolut.

Now THIS is the one page that I can justify being separated from the original Jesko page. It is far more aerodynamic, it will break the 300mph record, and it possibly has longer gearing. The frontal area is not only distinguishable visually but physically as well!!!

After this car, Christian is officially "done" setting speed records for his Koenigsegg brand. The brand will devolve into a regular supercar brand like McLaren has. Rivals like 296 GTB, SF90 Stradale from Ferrari, as well as Artura from McLaren (+ a Super Series successor), and the Huracán/Aventador SUCCESSORS from Lamborghini are kept in mind. 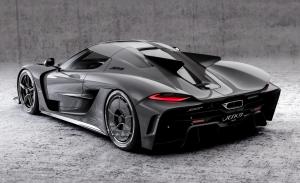 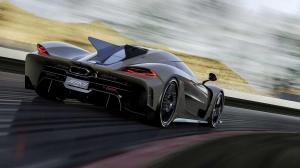 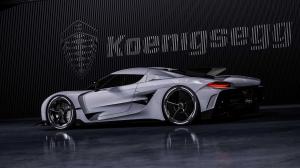 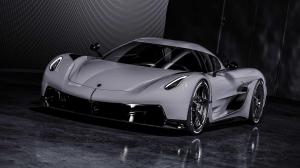