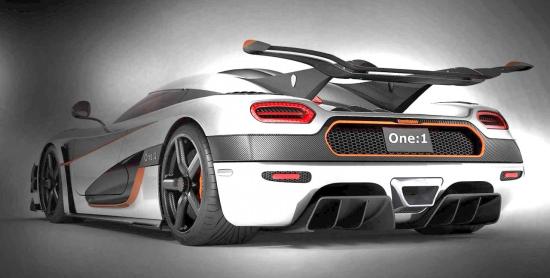 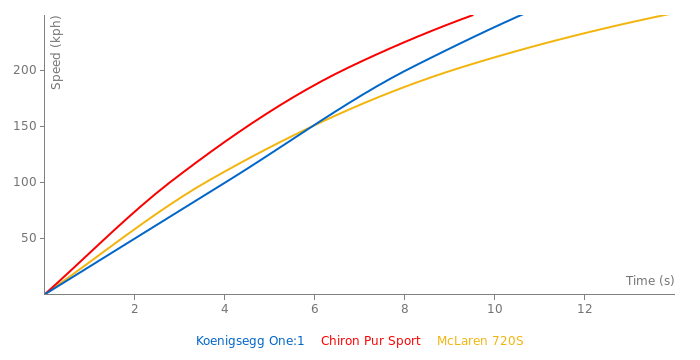 Hennessey Venom GT vs Koenigsegg One:1

(Actual record starts at 2:40)
Lots of people criticize the One:1's Suzuka record for only just beating a Nismo GTR by 1 second. However the car did not run on E85, it was on worn tires, there was a passenger, and as stated by the driver they were going at a demonstration pace. They barely tried and still got the record, again another display of how impressive this car truly is

So even as far back as then they were "predicting" a new productions lap record what, around TWENTY SEVEN SWEET seconds quicker than German maestro's Porsche and it's sophisticated production hybrid?

As for the Koenigsegg One:1, the company believes that it can set a lap time in the 6 minute 30 second region and von Koenigsegg confirmed the firm will be completely transparent with its testing."

Well "region" unfortunately doesn't mean anything? It's next to useless? Because the headlines will always quote what you stated?

Interesting, because if that's what Koenigsegg 's calculations or simulations showed, then what about the 2022 or 2023 Koenigsegg Jesko Attack? It's not likely to be slower is it with EIGHT years of refinements and new technologies?

This Nurburgring laptime "ting" is interesting to say they least?🤔

Source^^. And the GPS numbers can be seen in the timing box in seconds for the Koenigsegg One:1 record.

The Koenigsegg got beat. Above 172MPH-250MPH is YET to be determined. No tests no verifications.

i'd love to see a drag between the One:1 and this:
http://www.pollymotorsport.no/index.php?mapping=2

does monkey greta know anything about this locally made supercar ? or is she only worried about president trump's speeches ?

that acceleration graph is crazy! :-D

272mph top speed but still only goes 9.8 in the quarter . Must take a long time to reach its top speed

there are to many facts and numbers that are wrong (B.S) on this web site (fastestlaps). Do your research before you post inaccurate numbers! Also don't use any idiots test numbers, for they can widely vary. Like this car one:1 for example, is not the fastest car mass pro. road legal car. It is Koen. Agera RS, Google it. 277 mph average both directions. And Guinness world record, and official certified!!!!!!!! Much more of your info is terrible and misleading, which can cause arguments and harm.!

It's still faster than the Bugatti Chiron.

Record at Spa but no big name Tracks?

If you haven't already, check out the documentary called "Apex" on netflix. It explains alot about the brand and recent setbacks with track tests and what not.

Im kinda getting annoyed with them too, What is the point in making a car like this, With the aerodynamic property's of a LM car, Then not having a single test of it? Hell atleast most Ferraris are actually tested, Where Koenigseggs...Arent, The last time one was, Was when the CCR did the Nardo ring, And even that wasnt a real test, Making a Koenigsegg is like making a delicious mela....Then not eating it..

Has this top speed been proven?

depends on how long runway they got. It got the max record at 240mph, also on a runway. take a timer and see how long it takes for him to hit 225mph ;)

Anyone watch the high speed run by Topgear America on this car? tanner Foust achieved 225mph on the koenigsegg runway. Tbh, it did not look particularly that fast... At least not 0-400kph in 20s quick.

I think he means the megawatt of power, but I have no idea why he thinks that a roll cage is important to archieve it. 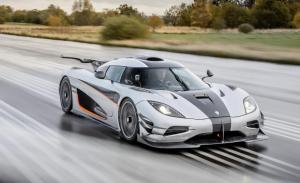 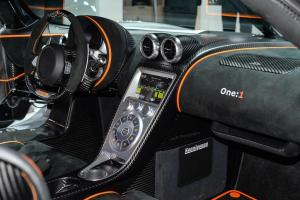