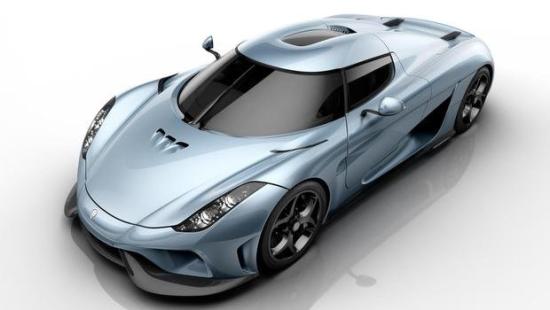 These are my calculations. There's a perfectly scientific reasoning to their creation but ultimately how accurate they will be in the final analysis only the manufacturer knows. They've done three 0-400-0km/h runs individually but published full metrics for none unfortunately and frustratingly. Anyway here goes>

I did time the 0-100km/h on the official video prior to this and it's not far from my calculation. Also the 0-300km/h metric was announced as 11.65 seconds for a developmental car not this specific one but we can use it anyway and it was stated that was slightly faster. So that metric is seemingly good too.

the 0-300 time was updated yesterday

I guess your car is accelerating to 300 in 2 seconds)

sure the quickest 0-300 seems slow

How the hell did you manage to time that? That bar graph "thing" is so bloody annoying!

Quick reflexes and by timing it several times to make sure i got close to the mark. It's basically a close approximation give or take a 1/10 of a sec :)

First thing i would say is that the power figures here are wrong and so is the kerb weight. According to Koenigsegg website the Regera has over 1500hp ie. on 95 octane RON the ICE has 1100hp and 700hp of electric power which equals 1800hp. The dry weight is 1420kg and the kerb weight is 1,590 kg (including all liquids and full fuel tank).

The Koenigsegg Direct-Drive System (KDD) doesn't appear to be as efficient as say a 7 speed DCT but with 1800hp maybe they figured the DCT couldn't handle the power so they developed the KDD? Problem is that full power doesn't happen until higher RPM so the acceleration is somewhat compromised.

BTW the 300-400km/h time is much the same as the Bugatti Chiron 300+ which suggests that either the Bugatti had more than 1600hp or the KDD is hugely inefficient..

My understanding is the way the electric hybrid systems overlap with the ICE the maximum output is 1500hp at anyone time. Although collectively your correct it's 1800hp.

They definitely I feel ran E85 on their 0-400-0km/h which is not a standard feature! You have to play for the OPTIONAL "Environmental package" which is hundreds of thousands of dollars on top. Also not mentioned in the press release is the car was fitted with the high downforce "Ghost Package" adding 20% downforce which is also OPTIONAL.

These are not stock production cars. They are modified whether it's optional or not is irrelevant.

When it comes to hypercars the notion of stock production cars can be somewhat questionable. Apparently 80 units were sold so that counts as a production car. Options are valid if it is offered by factory and if i was paying almost $2m for a Regera i'd want to be able to avail myself of the any options available. That being said the Regera is definitely not my choice of hypercar.

I agree to a point. The Bugatti Veyron Supersport after it's record 30 identically equipped cars were manufactured to exactly the same technical specifications. Although I now understand it's 42 or 47! Thing is upgraded engines and aerodynamics packages were not needed. The Bugatti Chiron Supersport 300+ WON'T definitely have either of these it's all stock and standard.

The Koenigsegg's have engine upgrades and aerodynamics which is FINE but do not use these cars for records unless you do what Bugatti does and manufacture dozens of them.

The Koenigsegg Regera record car definitely had the aerodynamics package so plus 20% extra downforce and I believe the E85 package too. I reached out and tried to ask them but to no avail. So I take that as a yes!

Thank you, hostboy, for these amazing performance figures for the Koenigsegg Regera.
But should there be a huge difference between what Motor Trend magazine has published and Evo magazine?
There are vast differences between 0-30 mph, 0-60 mph. Then the 0-120 mph, which I always have an interest in, Evo got the better figure.
It's all a mystery to me.

Sunday 14th May, I am happy to say that the Automobile Catalog website has reissued all the specifications for not only the Koenigsegg Regera but for some other Koenigseggs too. I don't know whether it was down to my request to do so -or perhaps Automobile Catalog had asked permission from Christian himself.
Please feel free to comment. Thank you.

Thank you, Fastest Laps, for your reply. I did manage to convey a message to Automobile Catalog on Saturday night 13th May on one of its obscure links. I don't expect a reply any time soon. I have read that Koenigsegg plan to manufacture 80 Regeras. Also wouldn't it be sad if Christian Koenigsegg refuses to permit any car magazine to give a complete road test of this amazing car? After all, the man is on You Tube.
Safe driving, flt 158.

Last Thursday evening (May 11th 2017) the automobile catalog website published all the specifications (including performance figures) of the Koenigsegg Regera. But for some reason yesterday (Friday), they deleted the entire page. Today I tried to email them -but that does not seem to work. Can anyone advise me how to get them to republish them.
P.S I do not use Face Book.
Regards, flt158.

koenigsegg claims it will be able to do 186mph in 10.9 seconds

I changed it to empty field.

yeah, now that i read this, FL you need to change what the transmission data says. http://www.topspeed.com/cars/car-news/koenigsegg-regera-one-gear-transmission-explained-video-ar168174.html
It's complex!

Meant to do emojis they don't work

The engine will be just tick over at road legal speeds no matter how hard you floor it.

fastest car in the world.. nice

they did release an Agera RS, for those who like it more hardcore.

Now Koeniggsegg is jumping on the hybrid bandwagon?!

Its a Kony granted, But it doesnt look as good as the Agera or past models, And the interior is just so plain, Again Agera on that one, I dont think it looks great, But it could just be the images, Maybe dissapointed isnt the right word, But maybe more like unexpected.

And thinking outside the box is a HUGE win for me, Wether its cars or real world.

I like how koenigsegg is thinking out the box. I'm not disappointed. I'm surprised.

Edit: i just watched CH's video and having Mr. Koenigsegg explain himself how the powertrain works and he immediately said that no, the car doesn't have 1800hp, but the peak stack point is 1500hp.

How can you be disappointed? It's a brand new Koenigsegg and its got 1800 hp combined!!!

I am happy to see that there exists such a boutique manufacturer in Sweden, which is truly Swedish and makes the fastest cars in the world.

Christian does own a Model S, And enjoys it thoroughly, So maybe the time spent in that changed his mind on electric engines?...

Still cant help but be a bit dissapointed, Although i wasnt sure what to expect or how excited id be-_-

I don't think there's any way of turning back the hybrid hypercars. Being hybrid just gives them too much of a power advantage. All hypercars in the future will have self recharge 500+hp electric with a ~1000hp petrol.

I don't know how well Regera no-gearbox works, for normal day cruising, I'm sure it's capable. For full on performance on track, there'll be trouble.

At 500kw electric output, the battery would run out in 60 seconds. Once there's not enough electric power, the Petrol engine will start to lag like crazy.

I don't think this car has a chance in beating the 918 at the Ring. I think it should have gotten a proper gear box, and split the electric power to both front and back.

It would be much heavier like 1850kg, but it would have nearly 2x as much power as the original veyron. And if it were a "cruiser" that would be the ultimate cruiser, and like the Veyron, will blow every super car away at the drag strip

I agree, But its becoming like MB and Audi where all there cars look the same, Different, But the same, I also thought the interior is a HUGE downgrade in terms of how it looks, The car on the outside looks insane, But inside looks plain.

And they want to make this a cruiser?...And quiet and comfortable?...Who buys a Kony for those purposes? Let alone a car thats 44inches high..And really? 1800Bhp....Why? Now it looks like the Veyron successor and te new Tuatara will have to rethink there Bhp numbers. I think Kony is going in the wrong directions. 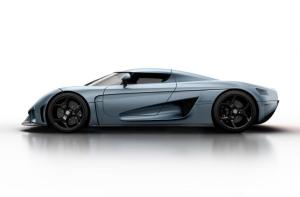 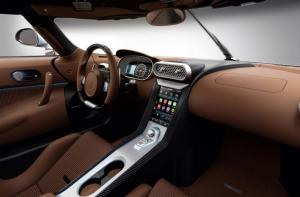 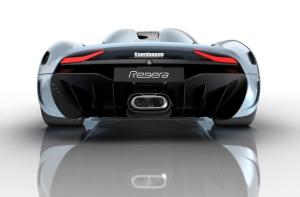 yes, and every time, the engine is already fried after just the first 3 ...

This is so wrong The FASTEST ACCELERATING CAR IN THE WORLD IS A TOP ...

If you add 2/10th's to those imperial (mph) figures it would match the manufacturer ...

yes, if this is in the "dropdown list" even more correct. But would also ...