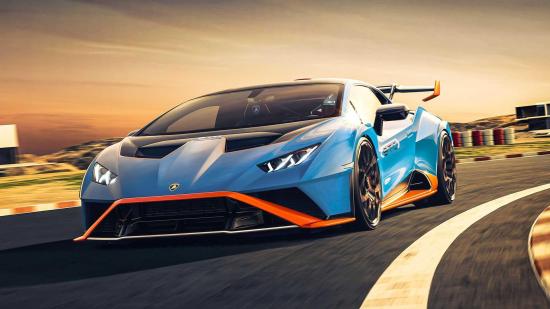 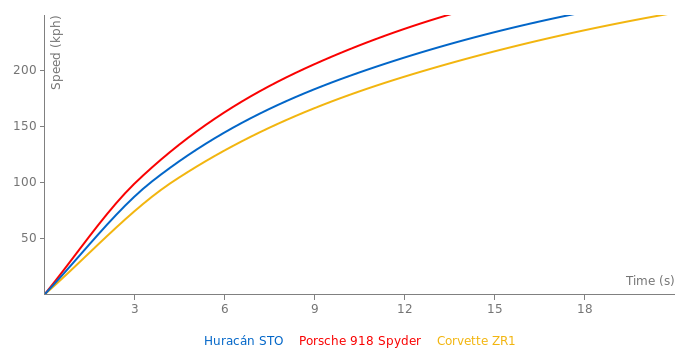 Has it done well ANYWHERE? The McLaren 765LT is similar.

A shame really. This car looks so damn sexy, it's almost a sheep in wolf's clothing.

What tires were used for this?

Lamborghini executives shot themselves in the foot going with Bridgestone tyres for the STO. On most tracks Cup2R's would reduce the laptimes set by the STO by 2 sec which would be a more representative time of its capabilities.

Trofeo Rs might be the best compromise, still very very sticky but more usable for everyday life than Cup2 Rs.

I find it baffling that Lamborghini didn't get Pirelli to produce an bespoke new TrofeoR which they did for Pagani and the 765LT but who knows what goes on behind the scenes?

I saw McLaren's "official" response on McLaren Life as to specifically why the McLaren 765LT on a "hotlap" did worse than the Mclaren 720S. It was buried, but I eventually found it.

The answer didn't appease the (apparent) and present 765LT owners, at all.

anyway............blame the fu-cking jap crap bridgetittysucks for the poor performance and lap times, it was mentioned that it was very much an inferior rubber compared to pirelli trofeo r and michelin cup 2 r.

reminds you of this poster from the 1940s 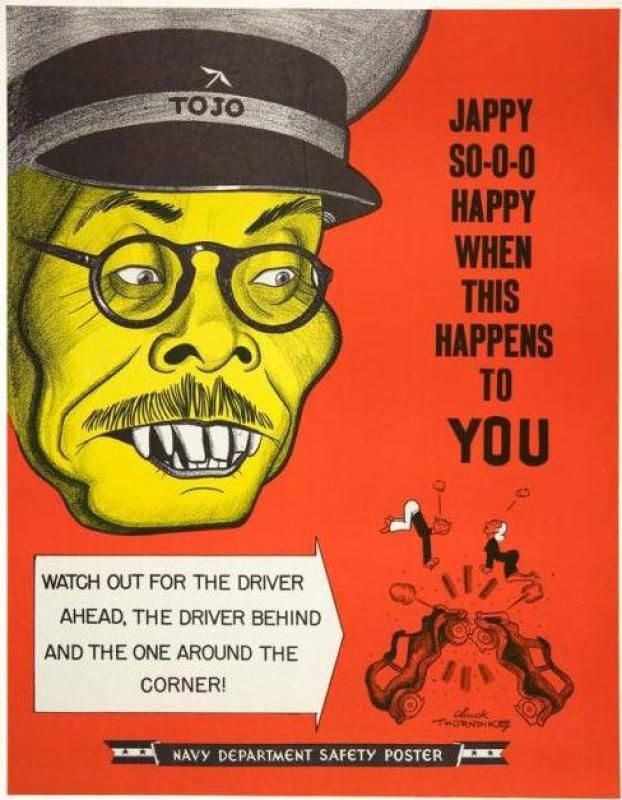 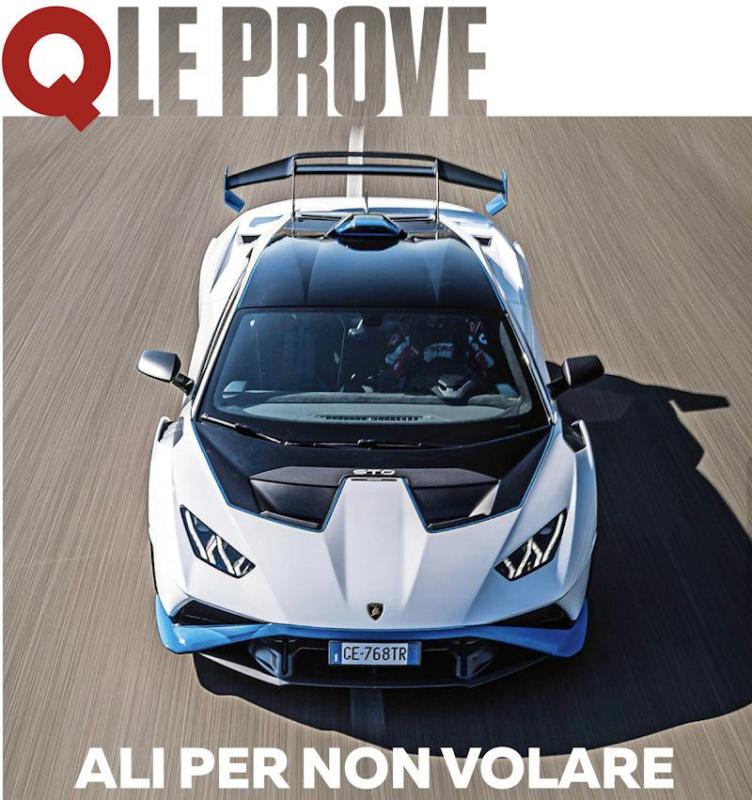 How about adding Vairano Pro laptimes for STO and AMG BS?

LAMBORGHINI STO VS PORSCHE GT2RS! I hope it TRASHES it!

Well unfortunately the history of Lamboghinis being slow because of the tires repeated itself again
Remember Aventador SV's laptimes which were slower than Huracan LP610 on most tracks?
SV had Corsas while Huracan had trofeos and the thing is as MT said in their review, SV would have Trofeo R as an option in next model years but it was too late since all the laptimes were done

I hope Lamborghini resends a good presscar with a good Cup2R or trofeo R compound and smash all of their rivals with the STO
For example the Serres racing circuit laptime was done on Cup2R according to the driver and was 0.6-0.7 secs quicker than Performante on Pirelli SLICKS

Lamborghini STO vs Porsche GT3 maybe the English testers can show what the Italian can do?

The tyres used in the 1:48 lap were the street tyres not the race ones available.

It appears that Lamborghini buggered up bigtime partnering with Bridgestone as their tyre supplier for the STO. The Bridgestone Sport tyre is only as good as the Michelin Pilot Sport 4S and Goodyear Eagle F1 SuperSport and the wear is absolute rubbish. Ok it's not the Bridgestone Race tyre that has been used in a few track tests but i suspect there's little chance it's as grippy as the Michelin Cup2R.

If someone is trapping 132 mph in a Huracan STO, someone has got to have issues. A Dodge Challenger SRT Hellcat Redeye does that while taking a second longer. Also so do the Chevy Corvette ZR1 (C7 manual) and Ford Mustang Shelby GT500 (S550).

My computed estimates for the Huracan are a 10.6-second at 140-mph quarter-mile time, even with the estimated 194-mph top speed (very similar to Lambo's 193 claim). If that's optimistic to you, just know that Lamborghini is part of Audi AG (ala VW Group), which has a reputation of underrating vehicles' performance results, especially with Audi, Bentley, and Porsche.

Depending on whether the ground is exactly in a perfect straight line or on a downhill curve by 1-2%, a maximum of 8.8 seconds to 124 mph is required to reach 140 mph in a quarter-mile street race by 10.6 seconds, and that's without a 1-foot rollout, launch control, or any of that other cheating crap.

Lamborghini might not have underrated cars in the past (Countach and Diablo were mostly horrible at reaching advertised power outputs), but now they do. This is because they ditched the old-school GM and Chrysler muscle car technology and mindset (unlike Ferrari), for something that's actually productive. Why do you think Ferrari's 2+2 grand tourers still used 3-speed and 4-speed automatic transmissions? Most of Ferrari's cars are secretly equipped with GM's MagneRide suspension systems.

Lamborghini is a very high-tech brand even without the use of electrification or turbocharging, discounting the Urus SUV and newer hypercars. (I consider Ferrari 812 Superfast to be a competitor for Porsche 911 Turbo S and Aston Martin DBS Superleggera, not really Lamborghini Aventador.) Because Lamborghini is affiliated with VW AG, they have to underrate their cars. Maybe not as much as Porsche, but they're still very conservative.

Hence why the Porsche 918 Spyder was the least advertised power car while it can easily trump both of them in acceleration (the McLaren P1 and the LaFerrari); the only reason why it's slower by 235 km/h is because of two things: the AWD makes it heavier (I'll admit it adds a bit more to drivetrain loss than I suggested), and two of its three electric motors shut off at that speed, unlike for the other two cars.

The 991.2 GT2 RS is actually much, much quicker than the C7 ZR1 and Ford GT that it was marketed to go against; it can keep up with the AMG GT Black Series, 720S Track Pack (don't say 765LT, please), and 488 Pista in most straight-line performance aspects.

When Lamborghini left Chrysler for some strange company only to leave that one, Volkswagen bought it and improved it significantly with the Diablo VT 6.0 as well as the limited-production Diablo GT; these were the first two non-hypercars (by 1990s and 2000s standards) to deliver hypercar performance. Back then, only cars like Ferrari F40/F50, McLaren F1, Jaguar XJ220, Bugatti EB110 were achieving such performance numbers. Funny thing is the Diablo was marketed as a direct competitor to Ferrari's 12-cylinder grand tourers (both the mid-engine ones and the front-engine ones). 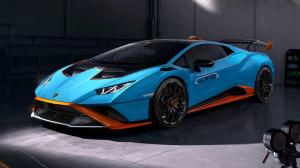 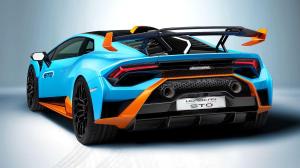 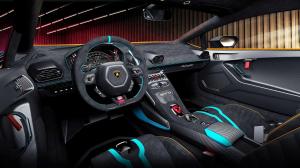 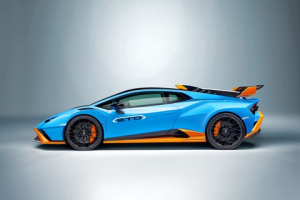 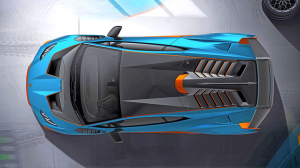 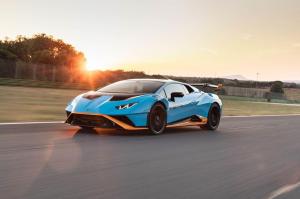 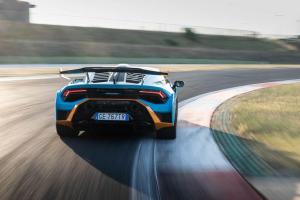 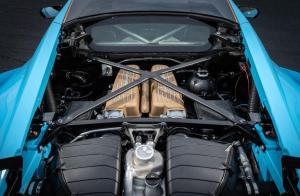