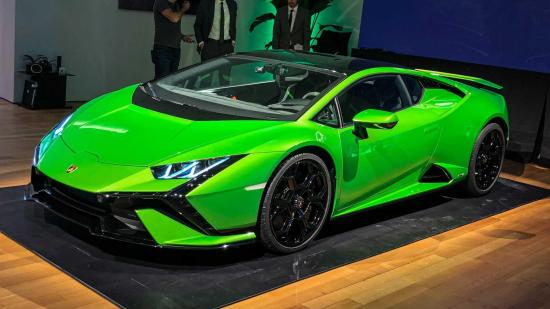 A spyder varient is rumored to be on the way soon 👀

Average Nordschleife estimate. The Huracan Tecnica should run 7:21 in wet conditions (damp or rain), if we use multiplication of 0.85 instead of 0.825.

Semi-slicks (even while still being legal for road use) will improve laptime to 6:54.

Average estimate for Huracan Tecnica. Should improve to 1:11 on semi-slicks.

Expect to see 1:16 in wet/damp conditions.

This car is surprisingly faster than the Ferrari F8 Tributo on the track, even if it's slower in acceleration.

If we ONLY compared moderate supercars from a contemporary lense, the Lamborghini Huracan Tecnica rivals the Ferrari 296 GTB (as shown in the competition section) and the McLaren Artura. The Porsche 911 Turbo S is already over two years old, so the Porsche 911 GT3 Touring is quite a good competitor, assuming that STO = GT3.

However, on an overall performance lense, the Lamborghini Huracan Tecnica actually competes with the Porsche 911 Turbo S, the Ferrari F8 Tributo, and the McLaren 600LT. All of these are slightly more subtle versions of the outgoing STO (Huracan), GT2 RS (911, albeit from previous generation), Pista (F8, but from "488" era), and 620R (from the Sport Series).

I said 600LT for a REASON. The 720S came out very early (as I have stated in one of my previous comments) and spawned two ultra-limited hypercar variants (the extremely track-focused Senna and the extremely speed-focused Speedtail), while the F8 Tributo's flagship sibling (the SF90 Stradale) is a series-production hypercar. Only on a marketing basis are these two comparable; in reality, the F8 Tributo rivals the 600LT, because 570S is 488 GTB's rival, and 620R is 488 Pista's rival.

Where does the Mercedes-AMG GT Black Series fit? Certainly it is a competitor for the Lamborghini Huracan STO, as the AMG GT R was for the Performante and the AMG GT C was for the more basic models.

The Ferrari Portofino M/Roma, McLaren GT, Mercedes-AMG SL/GT-Class (minus the basic SL43 and the ultra-limited GT Black Series), Bentley Continental GT, Porsche 911 (excluding standard Carrera and track-oriented GT versions), and Audi R8 are super-GTs. You may also include the Aston Martin Vantage and DB(11/S) lineups, as well as the Chevrolet Corvette and Maserati MC20.

The 911, Corvette, MC20, Vantage, and also Nissan's GT-R and Jaguar's F-Type (especially P450 version all the way up to 'R', effective-indirect successor for SVR) all play in both roles. They're sports cars first and grand tourers last, while the SL-Class and DB11 are the other way around. The AMG GT is a grand tourer, although the Black Series version is NOT.

The Huracán is the modern day Zonda. You can't tell how many of them they're still going to make

If we have to get logical and ONLY compare from a contemporary lense, the Huracán Tecnica would be a VERY hard car to compare to just about anything, since the new junior cars from competitor brands are all hybrids and the 911 Turbo S is a turbocharged luxury semi-GT.

Porsche (SE) also owns the entirety of VW, which includes Audi, Bentley, Bugatti, and Lamborghini. They're the KING of the exotic-car industry. The QUEEN is Ferrari, which is a brand of its own. If they have a baby, it will be a hybridized Lamborghini because Ferrari started that game first.

Lamborghini is always late, but McLaren is always early. Right in the middle are Ferrari, Porsche, and AMG. Those ARE the Big-5 sportscar nameplates.

Don't worry too much about Maserati, Aston Martin (minus the Valhalla and Valkyrie hypercars), Corvette, or GT-R. Neither of them particularly pose a threat to the exotic sportscar or supercar industry.

Is it kind of a GT3 Touring analog?
STO with less radical aero?

As a Lambo fan i find the Tecnica a bit underwhelming. The muppets in VW had a golden opportunity to make the STO a track monster. All they needed to do was extract another 40-50hp and put some decent rubber on it and they couldn't even manage that. At least Ferrari understand the meaning of the word passion and aren't totally preoccupied with the money grab like the Germans pfft

So it's been a few hours, and my initial reaction is very positive. It's asethetically speaking (to ME) more appealing than the STO. As for dynamics and metrics, well we await testing. Very obviously! ;)

Curb Weight is definitely NOT 1379 kgs 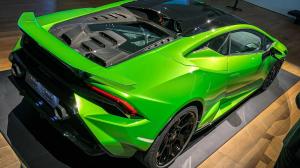 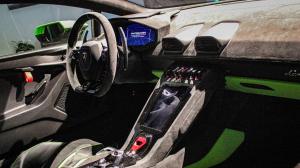