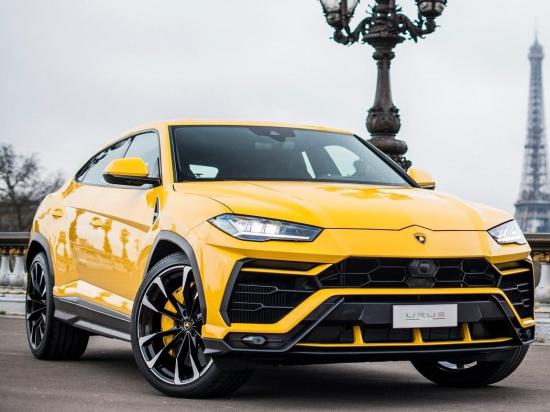 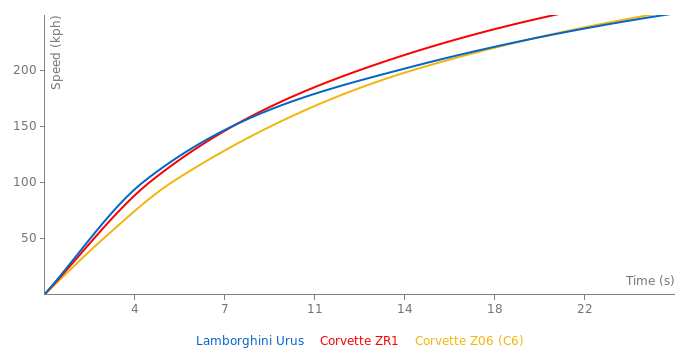 Can Lamborghini Urus give the TESLA a good little SCHOOLING?

Well, apparently in the affirmative!🙃

Lamborghini haters are going to LOVE this, if accurate ofcourse!

Quote>"Plug-In Hybrids Coming, Plus a New Engine
Then 2023 will mark the start of Lamborghini’s electrification plans, with Winkelmann revealing that the Aventador replacement will arrive that year sporting a plug-in-hybrid setup with a new V-12 engine. This will be Lamborghini's first plug-in model, and it will quickly be followed by two more, an Urus and a Huracán, in 2024. The Urus will use a V-8, but Winkelmann remained tight-lipped about what will power the plug-in Huracán, only saying that it will have a "completely new engine." According to Car it will be a V-8, but unlike the unit found in the Urus, it will be developed by Lamborghini itself and not shared with Audi or Porsche. Car claims the V-8 will have a 10,000-rpm redline and will be able to run on synthetic fuels, with the hybrid system generating an approximate total of 850 horsepower.""

This SUV is cool as FK, not surprised Lamborghini have sold thousands. The premier brand in the VAG stable now Bugatti's effectively gone.

with future ev cars, it should be a blast with a shocking experience lol

calipornia: home of the crashed exotic cars of all makes and models 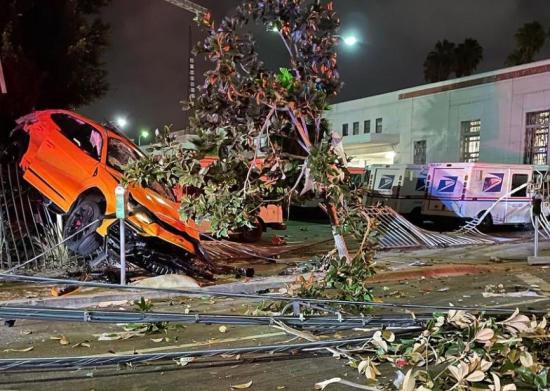 A Lamborghini SUV crashed into multiple parked cars in Hollywood early Saturday morning, but there were no major injuries, according to the Los Angeles Police Department.

The luxury vehicle crashed into the 6500 block of Selma Avenue at 2:30 a.m. Saturday, according to LAPD officer Tony Im.

The male driver lost control of the car and he and an unknown number of passengers suffered minor injuries, I said. The driver has also been arrested on suspicion of driving under the influence.

Investigators are still trying to determine how fast the Lamborghini was traveling at the time of the crash, I added.

On Instagram, the LAPD’s Hollywood division said that “high speeds + drunk driver + 2 a.m. in our bar district” is a combination that could have led to an extremely tragic outcome.

The alleged DUI is “totally unacceptable,” the department added.

i bet half of them can't fit into a diablo, gallardo or a huracan :) 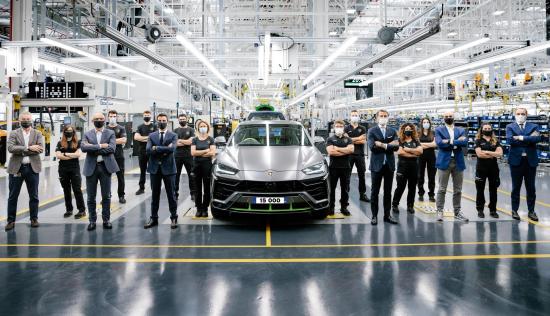 Lamborghini Urus vs BMW X6M drag race. Oh let's not forget that the BMW has approx 680 peak hp(not average) and the Urus had 24in wheels which obviously slows it down...

Cayenne turbo with 100hp less than the uterus and weighs 68lbs more than the uranus beats it on track lol https://youtu.be/aAfOgxASVYU

People in the comment section are morons. They say the Huracán sounds better than the Aventador wtf

Nurburgring time 7m47s.
The upcoming Audi RS Q8 has just been around the Nordschleife layout of the Nurburgring and the numbers are astonishing. The RS Q8 is the hardcore road-going performance version of Audi’s SUV line up. The five-door coupe-styled SUV with its 600hp twin-turbo V8 set a time of 7 mins 42.253 seconds at the hands of Frank Stippler, The time is almost five seconds faster than the Lamborghini Urus.
https://www.financialexpress.com/auto/car-news/audi-rs-q8-just-beat-the-lamborghini-urus-time-by-5-seconds-at-the-nurburgring/1761233/

musk's ev car wouldn't have brought all this attention, but as usual, blacks are blacks and they never get it, playstation and gta stuff happens inside your home not outside lol 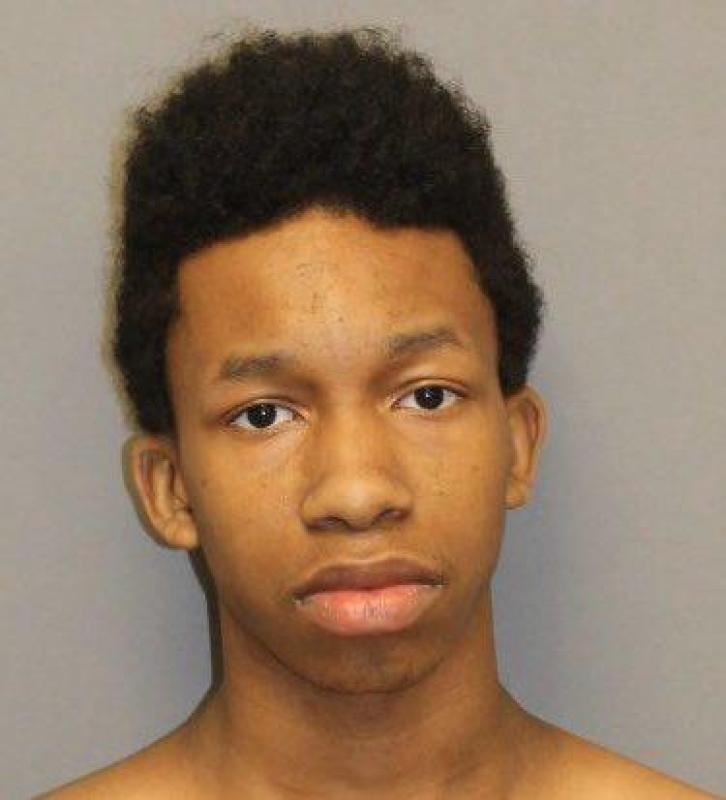 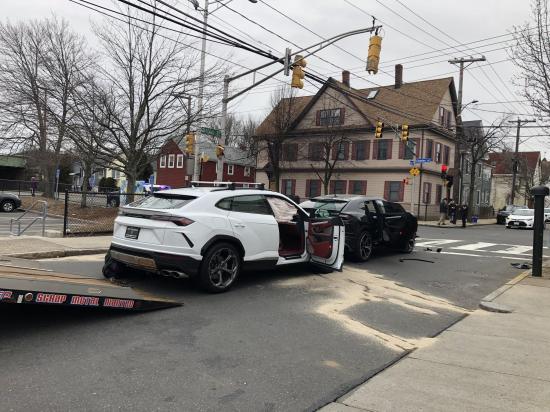 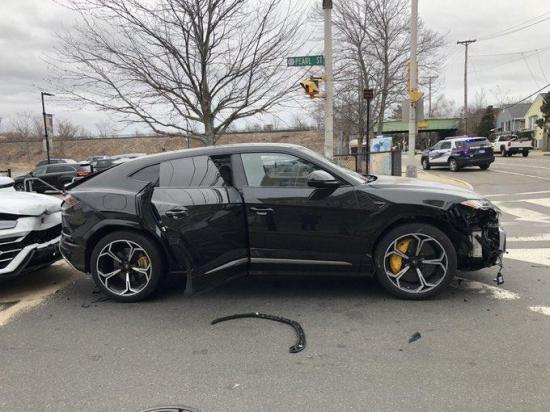 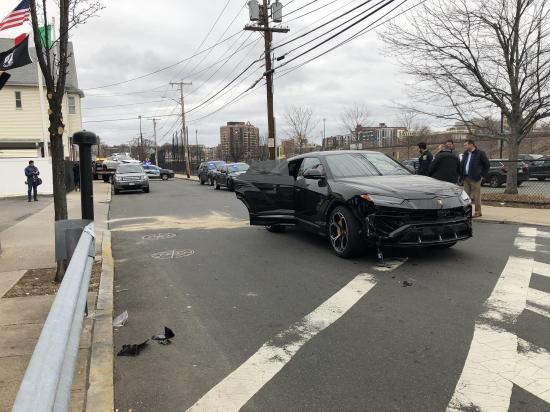 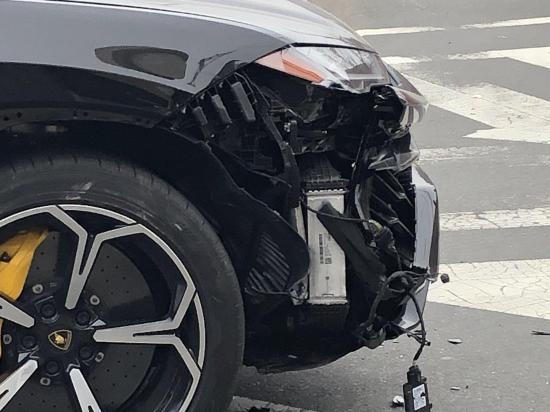 Who came up with the Ring est.? There is a video of a Black Urus doing 6.47 unofficially during testing with cones on the track. I bet the Urus in perfect conditions would do 7.44 or even less?

Spotted the new Urus on the street for the first time today. Some people over here have fat wallets...

As much as I think crossover SUVs are pointless, I still have to respect something that is as aerodynamic as a brick and weights 2.2 tons, and is faster in 1/4 mile than relatively recent F10 BMW M5.

i'm not sure if i can mention a 'uranus' as supercar level. it's a family ski day car and grocery getter in murica.

what you seem to not to understand is, the vw pepper turbo could achieve those speeds without having to spend over 200k, what they're selling to the public now is an upgraded version of the old touareg with more powerful engine sourced out of audi lineup with a lambo badge and six figures....das auto scheisse

The new Ford Explorer RS (a better version of the Explorer ST) will make over 600 hp and top 190 mph. Watch out, Urus and Trackhawk

There is no way the Urus does 0-100 kph in 3.2s. The Jeep Grand Cherokee Trackhawk and the upcoming Ford Explorer RS (no joke, it's going to be released in the next year or two) won't even do that.

All you haters just drive the new X5M and then try to imagine how Lamborghini SUV would feel.

lol haters gonna hate but even Matt likes it

This car is a monument for the wealth effect of past decade - a 2.2 ton Lambo SUV wouldn't exist if there was no demand for it - and even more terrifying than the car itself is the fact that there are plenty of buyers queuing up to buy it already.

Fck fuel economy and **** Greenpeace is all I can say lol 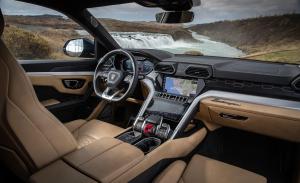 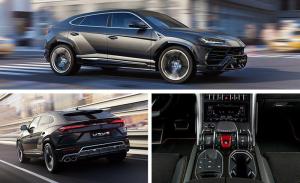