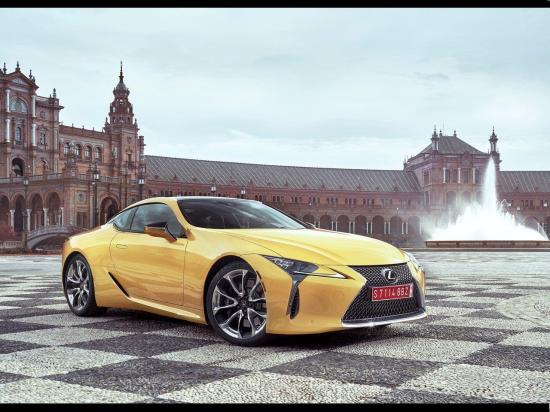 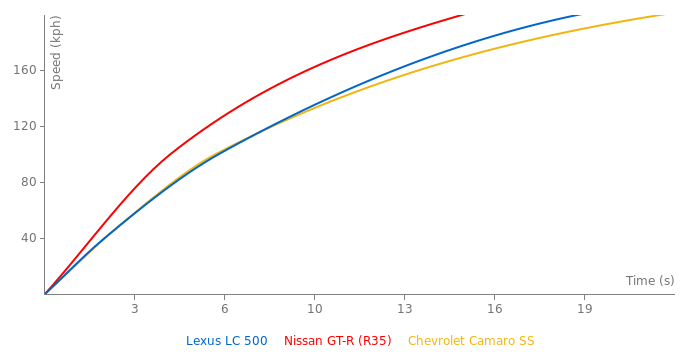 some recalls to look out for, because lexsux dealers won't say a peep, they just wanna grab your money and get rid of you with the car.

rip off of the century lol

It may not be very fast, but man this car is so special. The design works so well, its hard to believe its similar to the RC F, and the interior is gorgeous.

With fewer gears, it would be faster I think.

The new Lexus halo car, the Lexus LC-F is getting a very powerful engine option. Lexus will be replacing the regular car’s 5.0L DOHC V8 for an all-new 4.0L Twin-turbocharged V8. The engine is actually the exact same engine they will be fielding at the 24 Hours Of Nurburgring in their new LC500 racecar. But the real shocker is the power output. It’s long been rumored at around 600. But recent reports suggest more is on the way.

The motor will be producing as much as 660 horsepower and 480 LB-FT of torque, routed through a specialized flappy-paddle 10-speed gearbox, a variation of the same gearbox used today. That horsepower figure nearly matches the last-gen Ferrari 488 GTB. It doesn’t make much torque, but it will probably be a high-strung rev-happy motor, if Lexus’s past projects are any indication. However, this thing will never compete with Ferrari’s. Instead, it seems Lexus IS aiming for the 911 Turbo, Nissan GT-R Nismo and the Mercedes-AMG GTR. Again, while the engine doesn’t make nearly as much torque as both of those, it makes a good 83 horsepower more than the GTR, 20 more than the new 911 Turbo, and 60 more than the current Nissan GT-R Nismo.
Obviously this is going to be a fast car, and with a price tag to match. Expect pricing around $200,000 USD, more or less.

The new Lexus LS full-size sedan is getting a hybrid V8 option.

I bet you’re happy about this FastestLaps :D

The new Lexus LS full-size sedan is getting a hybrid V8 option.

I bet you’re happy about this @FastestLaps :D

This is the best car Lexus has built in a while. Like I said with the RC F, Toyota could sell this thing with the V35A twin turbo V6, give it different bodywork, and sell it as a new Supra. But Lexus has some plans for it...
Supposedly, they’re coming out with an all new twin-turbo V8 in their racecars, and one will probably be used in an upcoming Lexus LC F. Imagine 550-650 horsepower, 0-60 under 4 seconds. Only took em 5 years.

TBH, I don't really like the Lexus grille, but they made it work on this car. Cheers to whoever had to design this thing around Lexus's corporate face. It's performance is good, it wont be any faster than anything the Germans have, but I see it as a more reliable, luxurious, faster, and fancier 100K mustang.

Do people really consider this an M4 rival? I think that's the RC F. I think 650i or M6 would be more accurate.

The second production car with a 10 speed automatic only few months after Camaro ZL1.
Year of introdution is 2017 because it's currently in production.
Torque is 540 Nm at 4800 rpm and power is 477 PS at 7100 rpm.
https://de.wikipedia.org/wiki/Lexus_LC

Theres no reason they can't make 510-520 bhp without turbos or displacement increase.

The gearing is just lethargic and way too tall. They need to fond the.magic Lexus once had.

Love Aston and Maserati but they must have given Lexus a master class in making cars very heavy. 4194 DB11 4378 for this? Do they put lead in little hollows in the body? If you're going Bentley Aston sized you better provide Aston Bentley levels of power. Not to mention moronic drift proof tranny and sub Maserati infotainment. Which is bad.398 LBS is a lot of torque with a real tranny and 3800-3900. Lbs fully loaded weight.

Are you kidding with the curb weight? It can't be heavier than rc f

To be fair though, midsize and full-size performance SUVs are the modern REAL (REAL ...

'Car is the real casualty in these dumb crashes.' 'It's not clear who was ...