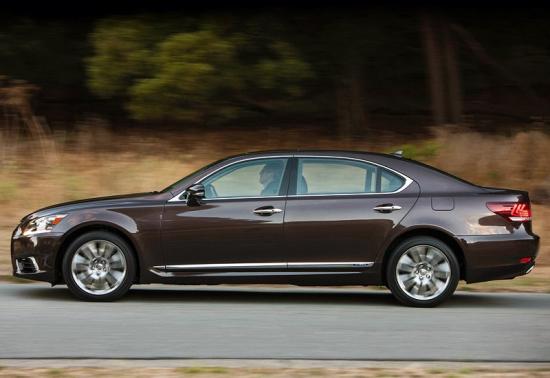 @ aaaa: And when the electric motor's battery wears out, it'll cost an arm, a leg, a soul, and your first born child to replace it. I'll admit, during the 10 days I rented a 2008 Toyota Prius when my 2002 Pontiac Grand Prix GT sedan was totaled I was laughing all the way to the bank only having to spend $10-$20 a week on gas, and Toyota's hybrid system is genius, the battery is recharged by friction generated under braking, the brakes recharge the battery. I hate the principle, but respect the science, the technology behind it, but for me, nothing but an internal combustion engine will do.

Its 2021. The batteries still havent worn out and cost $3500 to replace.
The 600hl has an internal combustion engine. 217kw worth and an extra 165kw from an electric motor. And a torque figure no one is quite sure of but probably north of 600nm.
A pontaic grand prix gt was and remains of a piece of 'murican junk.

and since the LFA and IS-F they've gotten better handling too :)

@shaggy, yeah there's something about hybrids that just aren't quite right, I've always hated hybrid cars, I still like what they did to it's looks though

Lexus is one of my favorite luxury car brands, their cars look beautiful, elegant, and classy, and they're reliable. I'm not big on hybrids though, I'm just old school, I guess.

I like the modern Lexus tendencies in the design aspect. Every of their cars gets more recognizable, clear, accurate and elegant. If I thought the previous LS was bland, boring and unspectacular in any way, but the current one is attractive to me. Nice evolution.

accidentally added long wheelbase model, the regular model is smaller and lighter than one shown. otherwise it's the same car

I'd like to suggest some corrections: the car Motortrend tested wasn't a Cabrio, it ...

I know the feeling when it come to parking which is why i try ...

Naaah, too expensive. It is too hyped up now. Some of the advantages of ...