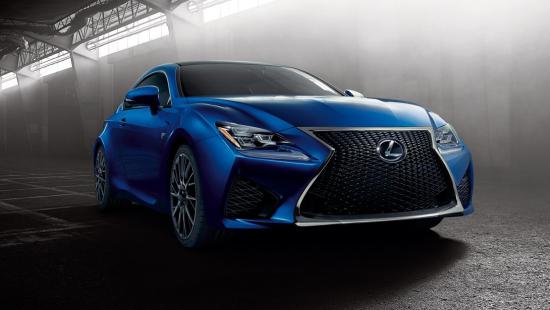 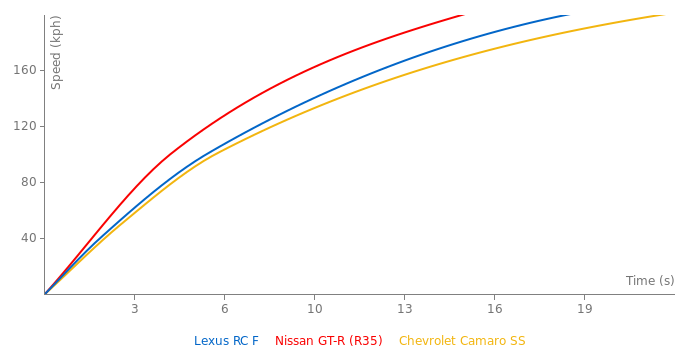 For a GT car that's this heavy and that has this much "I don't belong anywhere near a racetrack" vibes, this car has been tracked quite a lot.

Let me clarify that by no means am I a fan of the Lexus RC F (although I do love the new IS500 F Sport Performance). Its platform has barely changed since its introduction in 2005 with the IS and GS sedans. It's weak compared to the rest of the D-segment especially with its porky curb weight figures. HOWEVER, I would like to point out that contrary to the majority's belief about the Lexus RC F, the car was not ever designed to tackle the BMW M4 or Mercedes-AMG C63. The RC F was supposed to be a comfortable cruiser with extra performance and purity for the modern driver.

The RC F is not an M4 or C63 competitor at all, but it's also not a 440i or C450 competitor (the M440i and C43 weren't even out yet). It's not highly expensive either, all Lexus F Performance models start at near fully-loaded prices, as opposed to Audi S and RS, BMW M, Mercedes-AMG, and Porsche cars.

The Lexus RC comes with much higher tech, more front legroom, and a much longer and more radical-looking front clip than the IS. It's more like the BMW 6 Series and Mercedes-Benz E-Class (2-door variants). The RC was not designed with sportiness in mind.

The M4 and C63 might have started at $5k more in MSRP, but loaded up with a maximum number of options their prices climbed up to $100k+. The RC F, only around $70-75k (unless you opt for the Carbon or Track Edition models).

Lexus is not a high-tier luxury brand. Instead, it's more like Cadillac, Lincoln or Genesis. It's certainly higher than Acura and Infiniti, that's for sure.

The RC F's main competitors were the RS5, 650i, and E550 coupes (in terms of both overall size and performance), but it started at the same price as a mid-loaded RS3, a mid-loaded M2 (but not Competition or CS), and a mid-loaded CLA45 AMG.

Lexus is pretty much a mix of Cadillac and Dodge, but headquarted in Japan right next to Toyota. A big car with high performance priced at the same level as a sport compact = a muscle car or pony car.

TL;DR: The RC originally creeped into E-segment, but given the outdated tech it barely rivals the newer D-segment coupes. The high-performance C-segment premium cars are more expensive than the RC F and its IS500 F Sport Performance sedan sibling, fully loaded versus fully loaded.

When the RCF is so unimpressive on its own, they have to turn the video into a Lexus LFA ad to keep people watching:

To put thing in perspective, stock RCF is faster than the supercar of its day 2001 Nissan Skyline GTR R34 V-Spec II

Can someone fix the "car type" please? It's not a 4-door sedan. The GS F is one.

Can you please add these two lap times

While Toyota is over there with their BMW Z4 Coupe, this is the real Supra. Just with a V8. You know, if Toyota swapped in the 3.4 liter V35A twin turbo V6 from the LC500, tuned it to 450 hp, gave it a manual, and swapped it into an RC F with different bodywork, it’d basically be a Supra.

just another overrated performance from lexus toyota!!why they never show the nurburgring lap time?just like the new zupra..

Change lateral acceleration from .92 g to .95 g. Here's my source https://www.caranddriver.com/reviews/a15109103/2015-lexus-rc-f-tested-review/
I figured .92 was too low so i looked around and this was the best skidpad test for a non carbon package rc f i could find

Their quarter mile was also 12.8 which is .1 second slower than the 12.7 seconds that motor trend test got but caranddriver got a faster trap speed at 114mph

From a roll it loses badly to my FBO E93 .
Was suprised myself .

The Lexus RC F accelerates like a bat out of hell--the engine is powerful.

With the right set up, it competes head to head with the best on a track. Whether on the road or track, it's a thrill to drive.

Esquire Magazine chose wisely making it the 2015 Biggest Thrill Ride of the Year.

Wow that's a great 0-60 time, I was hoping we would see a test break into the 3s, Couple things I noticed, how is it that they got 3540lbs on the GT 5.0 when everyone's else Is getting 37-3800lbs? And man that Viper, an old Skool manual and still the awesomest car there.

says you must sign in, any new times for the rcf?