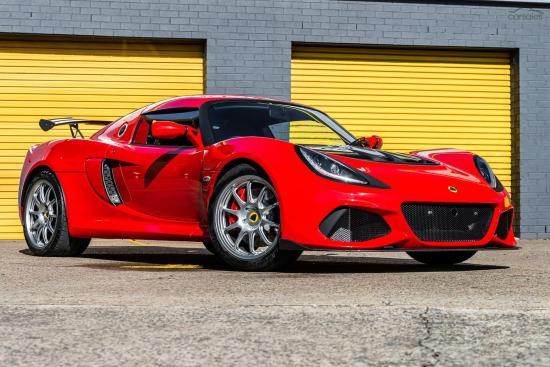 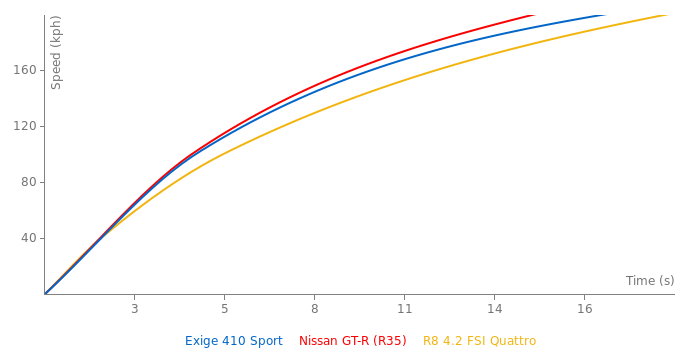 Motor Australia would have had a better time but they stopped messuring at 190 kph for no reason. Wheels Australia and the german magazines got terrible numbers.

proof why german tests should be taken with a grain of salt & pretzels, when it comes to any other than vw automobili

I'm German myself and I unfortunately have to agree with you.

Driver: Guido Naumann
Tires: Michelin Pilot Sport Cup 2. Unfortunately, at the time of the test, the tires were already relatively worn. A better lap time would have been possible with a new set of tires.

What auto mag tests a car with worn tyres ? AutoBild of course pfft

this proves my theory with german auto-magazines that are always sandbagging anything import and non domestic cars, if the exige had set a crazy lap time it would make the cayman/boxster and several 911s slow as hell and look bad for what they are charging and screwing people.

i have driven this car and it’s fast as hell, it accelerates like a motorcycle, i would say this thing would be banned in many countries too. it’s basically a race car with airbags, traction control and stability, anyone not familiar with such car will easily crash.

lying nowadays is part of your daily routine in order to succeed and gain followers/subscribers and more simpleton idiots with half a brain that believe every bs lap time they want to publish and call it the fastest car around xyz track.

global warming/ climate change is another hoax, they tend to screw everyone now with full ev cars and make billions out of a ‘effin battery and cables with some high numbers that won’t last for very long.

they get you addicted to all sorts of bs from drugs and other illegal stuff, then they arrest you and put you behind bars.

One of the few times Cosimo is right ;)

Mine is effectively weighing in at 1119kg. It has an enhanced liquid cooling of the supercharger's air intake, though, which may have added a couple kilos.

Buying E85 from a pump is very much a gamble simply because E85 goes ...

Just celebrate the guys and probably gals who came up with this simple design ...

So does the SSC Tuatara? 5MPG! Haha!