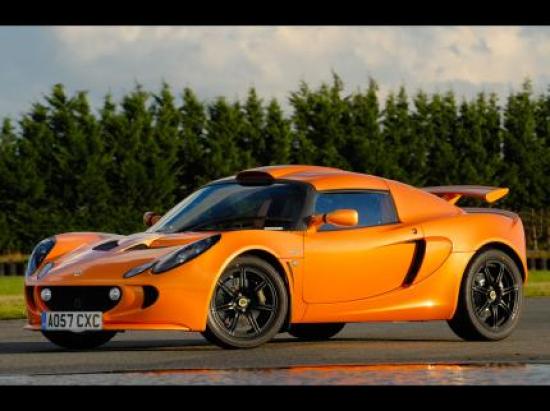 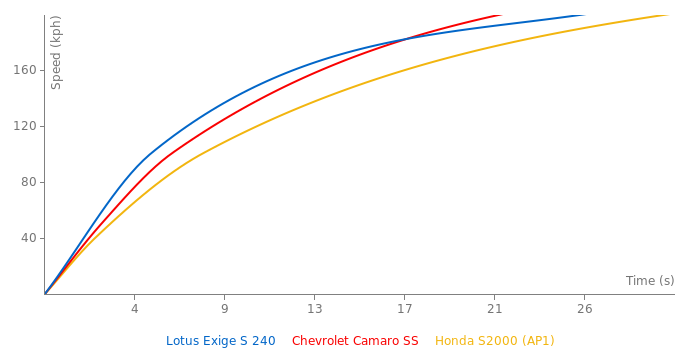 There are 4 Lotuses in the trending box

Yeah, that 0-100 time is absolute bull. I get it, it's lightweight and all, but that acceleration/hp is on Caterham level.

(Sigh) You guys cannot always listen and put your faith in everything Top Gear Says, Yeah its a great show too watch, but not everything they say is true, and btw, Coupe eans 2 door, which the Elise and exige both have lol

The Exige is the Coupe version of the Elise, in basic terms.

As for the understeer comments, well that must have been by someone that can't drive. Look up the Top Gear reivew on the Lotus and that will explain.

No matter what you say, very few of us are fantastic drivers, Lotus dialling in understeer for most drivers is a safe sensible idea.

here is a non-biased view: just sold a 2000 Supercharged S2000 and picked up a 2008 Exige S240. S2000 gearbox is superior for sure but the lotus is a mid-engine lightweight and it is faster. as for the understeer mentioned previously, it is easily dialed out with the adjustable suspension and a few additional tweeks. i miss the sound of the honda engine - one of the best, but the exige is even more fun to drive on the street or track.

To put it simple, everything is different, more or less.

wat is the difference between this and the elise? apart from performance

I've read many posts of previous S2000 owners that switch to Lotus and they can't begin to praise the performance and they claim having spend lots of $$$ in their hondas and still not come close to the out of the box performance of an elise or exige.

I've not heard of many S2000 owners that are disappointed with the cars stock performance..... as I said above its not in the same league as an Exige BUT having done track days with standard S1 Elises I can say that there isn't much between the two cars..... the Elise is more nimble and quicker to 60mph but the S2000 is generally quicker over 100mph...... at Bedford Autodrome I could hang with the Elises round most of the track and overtake them on the long back straight. And as far as spending $$$$ on tuning the S2000 is rubbish if you want to avoid forced induction but many US owners slap a supercharger on for an easy 400bhp at the wheels..... even an Exige wouldn't have a chance in a straight line.

It's funny NSX1 sure must be a ricer. Honda's are good cheap cars, but certainly not high performance cars. My wife drives an 06 TL and we like the car, but is a family sedan. I've read many posts of previous S2000 owners that switch to Lotus and they can't begin to praise the performance and they claim having spend lots of $$$ in their hondas and still not come close to the out of the box performance of an elise or exige.
Some honda lovers here must be teenagers or at least they sound like they are.

Even as a former S2000 owner I have to agree with the sensible comments here..... the S2000 is a great car but not in the same league as the 1st or 2nd Gen Exige.... and the Toyota uses a very similar setup to VTEC.

mentally challenged! I back u up sir!!!

I do not get what this guy is doing bragging about an economy engine? Especially off the line it has to be revved high to take off fast,it has no torque and who gives a shit about a gas saving engine. I do not see honda making anything special and whatever they have made is a copy of other manufacturers, and i think the exige will do circles around that 2000 whatever!!

Shut up man. I don't think anyone will deny the vtec is a fantastic system but that doesn't mean you can't attain equal results with other engines. What the lotus guys have done here is make a jolly good car. And I'm not jealous of an engine ud have to be a monumental twat to be jealous of an engine. If u can't make up a constructive comment I suggest that this isn't the site for u

Sounds to me like alot of you guys are jealous of hondas pefect engines, but thats ok,stick with your toyota junk!!

I actually seen the race where honda won their last F1 race and if it were not for ALL the top teams getting in accidents, well you can figure the rest out but nonetheless credit honda for creating the Indy Racing League where every car is a honda,cant lose!!! But what gets me is the amount of idiots that show up to see those underpowered civics go around the track?? Look at last years japanese,i mean indy 500,sold out, good marketing works, all the other manufacturers should come up with their own series too.

also, um, "pathetic, they dont build their own engines", would you call pagani pathetic? lambo? maserati? ford focus' (volvo engines) bentley? If you do you really ought to start appreciating combined efforts

thats not a fair comparison as there were more grandprix in a season in the 80s than in the 60s/70s. However,lotus would still be in f1 now if they could afford it but the fact of the matter is f1 is too expensive,even for honda. Yes, the vtec engine is a fantasticly reliable and powerful engine but probably a lot more expensive than the ones toyota provideand you can't argue with the end result it really does wee all over every honda. Lotus as a constructor have had 79 grand prix victories compared to honda's massive ... one? Argueably lotus principles are unrivaled and if they had the cash they might still be contenders today,unlike honda

Honda returned to Formula One in 1983 as an engine supplier for Spirit and stayed in the sport for a decade, at various times teaming with Lotus, McLaren, Tyrrell and Williams. Honda engines were considered the ticket to Grand Prix glory due to their power, reliability, and winning track record. Honda supplied its engines to six constructor champions, as well as five driver championships (3 by Senna, 1 by Piquet, and another by Prost), before dropping out of the sport again. Honda-powered cars had won 71 Grands Prix, by the end of the 1992 season.

How many GP wins do "lotus powered" cars have?

how many f1 championships have Honda won? How many have lotus won? Do try and think before u speak

did, did he really just say that the Honda S2000 will kick the crap outta this?? are you being seroius?? i am sorry for you being mentally challenged though!

Honda S2000 would kick the crap out of this toyota wanna be, pathetic they cannot even come up with their own engine, what a joke.

Boys, boys, boys, you cant take the dosh with you, go for gold and get an Exige! Remember this is a 1.8!!! who gets performance like this from a 1.8! this is a design classic! and youll not beat it for looks! sex on Wheels!!!

yeah i gues i could agree it is pretty expensive for a track day car $65,000 dollars...that could get you a zo6 or a gtr or saleen but this thing is impressive but does anyone think its worth the money? im not sure yet

Patrick Simon left not a good word on that car... the most critic he gave is the extrem shitty gearbox, it completely lacks the possiblity of precise shifting, the car does much to much understeer. The thechnical specs sounds fantastic the result is very disapointing.. the only thing that recived no critic from Simon are the brakes.
He said as a track day car this Exige S is simple to expansive for the given perfromance.. 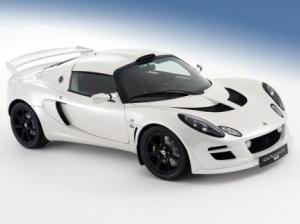 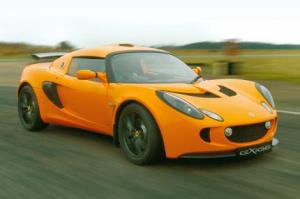 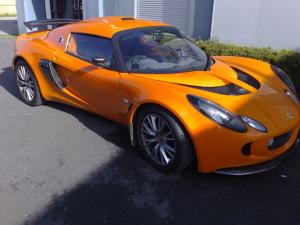 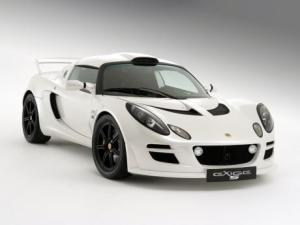 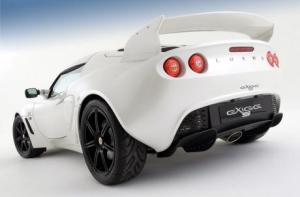 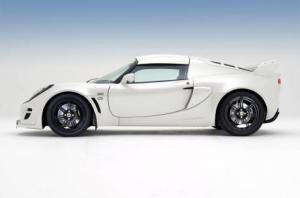 "May be wrong, but I think that the section on the graph where SS ...

I think it's astonishing that Ferrari have been able to get that much power ...

So Shmee's getting a V12 naturally aspirated Ferrari then!   I ...

Really? That's interesting because from the timestamps those comments were made ...

Interesting, didn't know about that. Did I understand correctly that it was the very ...

I hear some indolent dork is running this site, so try contacting dork@fastestlaps.com. ...

I recall an episode where they tested pzero corsas and trofeo Rs, and the ...