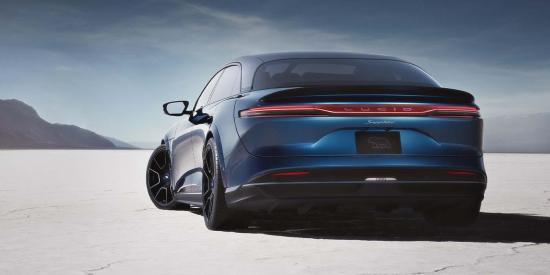 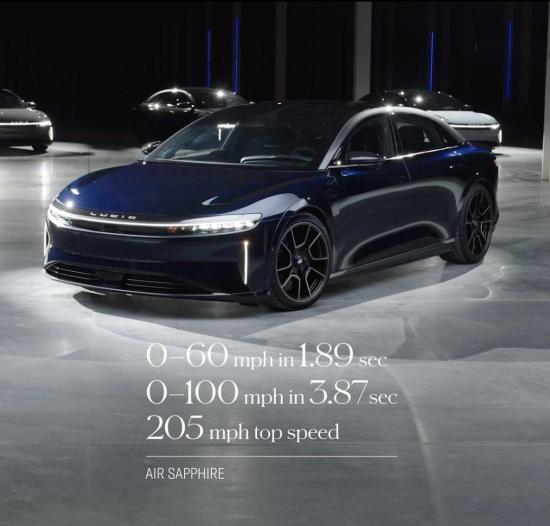 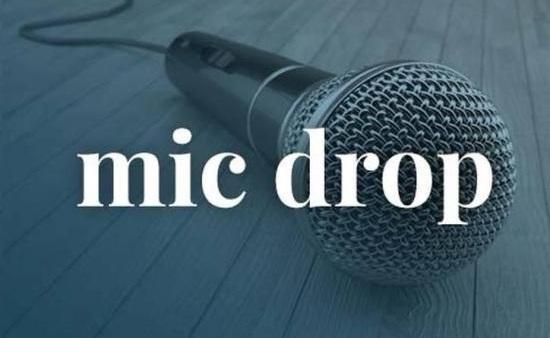 There it is black and white managed to find something on bloody Twitter of all places, LOL!

Quite an incredible machine. Hypercar hunter and destroyer/killer?

We need independently tested times. But it's unbelievable thus far.

To be VERY and absolutely brutally honest, I'm more interested in this than ANYTHING at the minute. It was completely obvious from prior to Monterey and Pebble Beach. The dynamics again more than anything. Forget the metrics they're already World Class. Verified.

Some beautiful photography in here if that's your kind of thing. Definitely mine.

"From Model S To Lucid Air: A Conversation With Peter Rawlinson of Lucid Motors."

Quote>"Update me on the car, now.

Rawlinson: What we've got running today is entirely different from the Alpha car we showed you in 2016. Completely different. It looks deceptively the same; I'd say its design has matured like a fine wine. But the powertrain is two generations different.

In the Alpha fleet, we ran induction motors with a 400-volt architecture. Now we are using permanent-magnets motors at over 900 volts, with our own MOSFET inverter system, which is just state-of-the-art.

So both motors are permanent-magnet now? I know those are more efficient, but are you decouple one of them while cruising?

Rawlinson: It's ALWAYS been part of our plan, and that's a scoop for you, Kim. Meanwhile, since those Alpha cars, the battery has actually gotten smaller in terms of capacity, down from the original 130 kW-hr. You might say, hey that's a bad thing, but we've gained so much in efficiency, we can save some weight. Anyone can add dumb range."

That's the thing about EX Jaguar and Lotus guy, straightforward and no bullshit particularly the engineers, like him! I've high hopes for delivery of the project forthwith.

= NEW ERA in Super Saloons. I'm TELLING you track it if you can because next year she'll be taking down GIANTS on RACETRACKS forget the strips that's happening anyway!😂

The 1:55 minutes mark they take the covers off the twin electric rear motor E axle.

Each motor is rated at 600hp each per wheel so dual combined electric motor rear set up. The CAR is rated at 1200hp plus+ in TOTAL as a triple electric motor set up so it just shows they've plenty left in the tank pardon the pun.

Interesting they've actually got a slightly smaller battery pack than Rimac has in the Nevera which utilises a quad electric motors set up.

Impressive. They could if they wanted to power up the entire electrical system with more power and torque than the Bugatti Chiron Supersport W16's. To be honest that would be overkill. What we have here although switchable is far far more than enough!

Quote>"Peter Rawlinson is a British engineer based in California. He is the chief executive officer and chief technology officer of Lucid Motors and is known for his work as Vehicle Engineer of the Tesla Model S and the Lucid Air."

This cars final technical specifications package has not been finalised which is why amongst other things like electric horsepower and torque and weight have not been finished. It's STILL in the pre production testing phase however a little bird has told me the acceleration claims are not necessarily based on the current released figure of power (with no torque either) of "1200hp+".

It may be creeping up to and exceed the 1300hp mark! Ultimately I don't really give a toss about that, they should continue with a zeal on actual dynamics, which are far more because it's far more relevant to it's clients. Shareholders too.

We will see next year if it blows the doors off the Bugatti Chiron Supersort. They're claiming the numbers that could it chase a quad motored Rimac Nevera down nevermind anything else.<But even imagining that is crazy. It's like the Vauxhall Lotus Carlton all over again, atleast individually.

The motors are incredibly advanced in research and development and production. In house completely as are the batteries apparently. So is the entire drivetrain.

Quote>"The third motor goes on the rear axle, and it's joined by new heat exchanger technology and a higher coolant flow rate to handle all that power. The battery system is also upgraded to deal with more power and more heat. Each motor is capable of delivering up to 670 hp, so there is plenty of room for even more power. Lucid says it will confirm the actual horsepower number later, and show instrumented demonstrations of the car's capability.

The two rear motors can also enable advanced torque vectoring. In fact, Lucid says it can provide torque in opposite directions: the outside wheel can get the power, while the inside wheel can apply regenerative braking. Lucid says this system works faster, quieter, and more seamlessly than a brake-based setup with rear-axle steering."

That's why if they cover any car I leave reading their reports until amongst the last. Authoritative indeed.

Quote>"Blink and you’ll miss it. Join Ben Collins as he runs the inaugural #LagunaSeca Corkscrew Hillclimb in a blistering 38.89 seconds. The #LucidAir Grand Touring Performance was the fastest production-spec car at the event, and the fourth-quickest overall."

It's related to the video BELOW I shared prior hours ago. I wasn't aware of it's content as of yet. I mean, granted it's not a lap of Anglesey but I'm sure they will come.

Fascinating little project. I'm glad to be watching a more recent resurgence. The metrics are granted, but it's the dynamics I'm far more interested in. EV's are heavy and you cannot hide that. No reason to! It's the correct execution of ride and handling and refinement that's more important.

Anyway I'll be investigating this "hillclimb" at Laguna Seca, whatever next?

Simply placed as reference. I know the title is provactively stated, but it's not my video or assertions. But the "feather ruffling" isn't either. Let it be so! I thought Bugatti vs manufacturer X was nuts! The things we see! LOL!

Not of my life—John's pretty handy behind the wheel—but rather of the internal-combustion engine and its domination of racetracks. Since joining MotorTrend a decade ago, I've lived a ridiculously charmed existence, assuming you're into riding shotgun with amazing drivers, folks like Walter Röhrl, Jochen Mass, David Donahue, Justin Bell, Jethro Bovingdon—the list goes on and on—and of course, Father Lap Time himself, Randy Pobst. I've been through turn 5 countless times—both as a passenger and as a driver—and I've NEVER EXPERIENCED ANYTHING LIKE the way this Lucid hustled up that hill.

Moreover, because of people who bought homes within earshot of a world-famous racetrack, the sound booth that yells at you for being loud is situated between turns 5 and 6. Yet I could scream "holy sh*t!" louder than the noise s generated by the dual-motor Air whooshing past at full wick. It's a warm-up for the tri-motor model hitting the track in search of a new EV lap record; when it's done, I head to a suite to observe the proceedings."

If those figures for acceleration metrics are correct and we've seen two electric motor set ups verified proven out of the door, to now THREE electric motors, and because these numbers are fried on my brain, this four door is claimed as rapid to around the 160MPH mark as the 2022 Bugatti Chiron Supersport!🤷

The age of the hypercar "hunters" had already started. Well it's got a stablemate! LOL!

Quote>"Lucid Group has unveiled its most powerful model to date, which also happens to be the world's most powerful production sedan, period. Making its public debut at the Quail Lodge during Monterey Car Week, the Lucid Air Sapphire is described by the automaker as the world's first luxury electric super-sports sedan.

With three electric motors making more than 1,200 horsepower, carbon-ceramic brakes, an aerodynamic body kit and track-tuned suspension, this is probably going to give the Tesla Model S Plaid a good run for its money.

Here are just a few key performance specs: 0-60 mph in under 2 seconds, 0-100 mph in under 4 seconds, the quarter-mile in under 9 seconds and a top speed exceeding 200 mph (322 km/h). Mind you, these figures can be achieved with no extra-cost equipment upgrades or protracted preconditioning routines."

There's a couple of numbers for the technical specifications to be finalised but still incredibly impressive!

@ADMINISTRATION can you expand performance tab for some cars as estimated ...