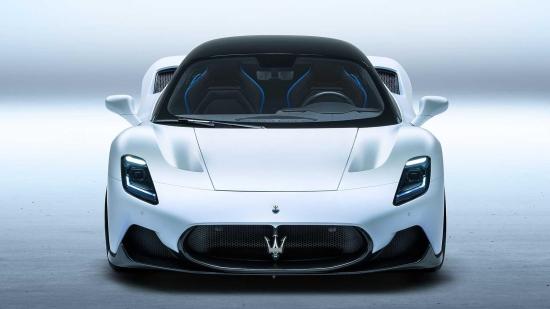 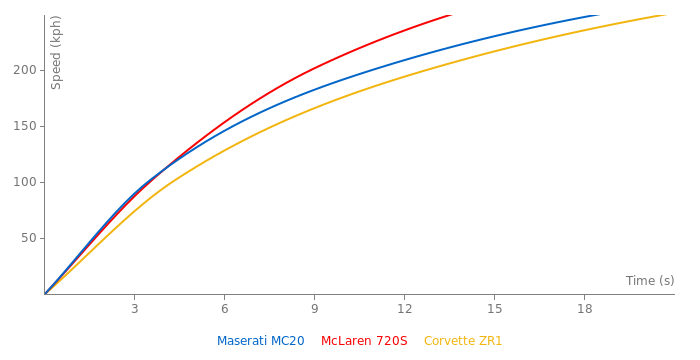 Maserati MC20 the good the bad?🤔

A bit overpriced IMO, But when you consider the other V6 supercar competitors, 296 GTB, Artura, Nismo, Type S, GT, Then the price does seem better, But id rather have an M5 CS or Continental.

The Maserati MC20, a TRUE legend?

gtr > mc20, 13 gtr beats mc20 to quartermile and mile drag. mc20 has crap suspension and crap interior, it needs a v8 to even beat an nsx

Either Ferrari and the SF90 are that GOOD or Maserati and the MC20 are, well I'll leave that to you?

Quote>"But according to our scales it also weighs 1742kg (Ferrari only quotes a dry weight of 1570kg)."

Quote>"would've likely been better if the car weighed anywhere near Maserati's claimed weight of "less than 3307" pounds. Our scales put the MC20 at 3757 pounds, a full 450 pounds beyond Maserati's figure."

Now how the hell have Ferrari managed that exactly? Four wheel drive (electric) V8 hybrid without a carbon fiber monocoque construction which the Maserati has? A "small" rear wheel drive full carbon fibre monocoque'd chassis? With a 3.0 litre V6?

I'd Love to hear some thoughts but remember I look at things from an engineering perspective.

But it's because FERRARI are just bloody THAT GOOD!🙂

I've even hankered after the F8 Tributo over the 720S in off boards research! LOL!

I must say, though, that the Maserati MC20 coupe sure looks the business. It definitely does look the way a Maserati should for the 2020s. Great looking car.

Bone stock. Car is a beast at the track! I know I own it!
With some added negative camber in the front and 10 mm wider tires all the way around and dropping a little weight with a lithium battery. It’s going to be extremely fast!
  Maserati MC20 1:29.0 laptime at Qlispe Raceway Park
https://youtu.be/Kk2qthBdi4w
Maserati MC20 at Qlispe Raceway 1:17 short course laptimes and photos  
https://youtu.be/YR2e3JZ7e6g

Im in love with this car - its MORE than fast enough and apparently has lovely dynamics and the looks.. wow!

Quote>Maserati has revealed the long-promised convertible version of its recently launched MC20 supercar, which features a unique ‘smart glass’ panel in its folding roof.

Called the MC20 Cielo (Italian for 'sky'), it will face off with a diverse crop of highly strung mid-engined convertibles, including the Chevrolet Corvette Convertible, Ferrari 296 GTS and McLaren 720S Spider.

Maserati says its first convertible model since the V8-engined Grancabrio bowed out in 2019 “is a model devoted to driving pleasure in the great outdoors", highlighting its folding roof window that can change from clear to opaque at the touch of a button.

It can go from open to closed in just 12sec, making it just one second slower than the 720S Spider’s but still among the quickest of any convertible on sale.

Apart from the roof, the MC20 Cielo is technically identical to the Maserati MC20 coupé, taking its power from Maserati's new 621bhp twin-turbocharged 3.0-litre V6, the Nettuno.

The high-revving mid-mounted powerplant will propel the MC20 Cielo from 0-62mph in around 3.0sec.

The carbonfibre tub and butterfly doors are also carried over and the roof mechanism adds just 65kg to the total kerbweight, which is posted at 1540kg.

No pricing details have been announced, but the convertible is expected to be slightly more expensive than the coupé, which costs £187,230.

The Cielo is the second of three planned variants of the MC20, alongside the coupé and soon-to-be-revealed electric variant.

“The Cielo offers a perfect mix of sportiness and luxury, courtesy of a specification unique to the segment: the innovative retractable glass roof,” Maserati said.

“In actual fact, the new spyder acts as a meeting point between Maserati audacity and the infinite sky, featuring a special ‘sky feeling’.”

Someone add it! Can't be bothered LOL!😂💯

Further>"The Maserati MC20 is the dawn of a new era for the brand. A mid-engined supercar powered by a 621-horsepower twin-turbo V6 and built on a platform that caters to electrification is a guaranteed way to futureproof a halo model, especially when it looks as sexy as the MC20 does. But Maserati won't like the fact that the MC20 hasn't had the easiest start to its life, and despite being new to the market, it's already racking up recalls.

The first was in November last year when a fire risk for models across the Maserati brand also included the MC20, but the supercar has now suffered another recall, albeit far less severe.

We'll wait for the jokes in the comments section, as this new recall pertains to the electronics; Italian cars are known for reliable electronics, right? According to the NHTSA, 56 MC20s, which are all sold out for 2022, have faulty taillights that the agency says may flicker under certain braking conditions. Always on the cautious side, the NHTSA says that the risk of a crash is heightened as a following car may not see when you are slowing down.

Considering the MC20's carbon-ceramic brakes, replete with six-piston front and four-piston rear calipers from Brembo, can stop the supercar from 62 mph in just 108 feet, a lesser car traveling too close behind would need all the warning it can get in the event of an emergency stop."

A little harder to solute the math problem for the MC20 than for the other cars since it is quite a heavy car, so I mulitplied by 1.25 to get the 23.1-sec result. Multiplication by 1.2 or lower will get highly inaccurate results.

Lap time estimate could improve to 7:04 on semi-slicks.

Contrary to popular belief, the MC20 is more of a grand tourer than a supercar, so don't expect GT3- or Huracan-level results on the track.

Maserati is not completely lying about their 1500kg weight number. Indeed it does weigh that less in dry format, but the problem was indirectly accounted into their lack of specifying whether that was dry or kerb.

I really wonder who would win? 2020 Corvette C8 or this car.

by any chance do you guys know the top speed?

This is HOW the Maserati MC20 can bend the laws of time and space and DEFY physical laws!>

Formula ONE technologies. This is reality! Your acceptance is not required!🙃

LOL! That's one of the reasons I Love Fastestlaps you just don't know which way the research takes you? I was "supposed" to be looking elsewhere. But if a THIRD set of verified times turn up for an already established project, well you drop everything and look at those, instead of something not even in production or delivered, right?

In between the daily routine, ofcourse. ;)

Somebody give one to Motortrend magazine? I don't think the other American publications timings are "right".

Where as Quattroroute are UNIMPEACHABLE. And David Beckham has definitely endorsed Maserati! For cash!😍

OK forget it. Give one to Autocar to test out! They'll SMASH it under 6 seconds with TWO passengers!😂

The MC20 is not able to do the quartermile in 10.5s at all, with or without rollout, and even if it could, VHT dragstrip results ARE NOT the same as real-life results. Otherwise, we'll have to accept NHRA-certified results for American muscle cars like the Shelby GT500 and Hellcat family tree too.

Basically, the MC20 will just BARELY do the true 0-100 in under 3.1. This is proven by highly credible mags like Quattroruote and Car & Driver.

If I were the admin, I would delete the Auto.it results.

That's a lot of BS. Firstly the word "total" implies the whole functional car.
But we know it's actually dry weight that they are talking about.

According to Maserati, my "total weight" is under 35kg. Because more than half of my "functional form mass" is wet weight.