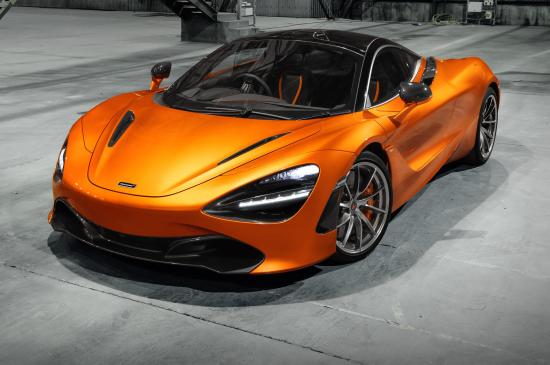 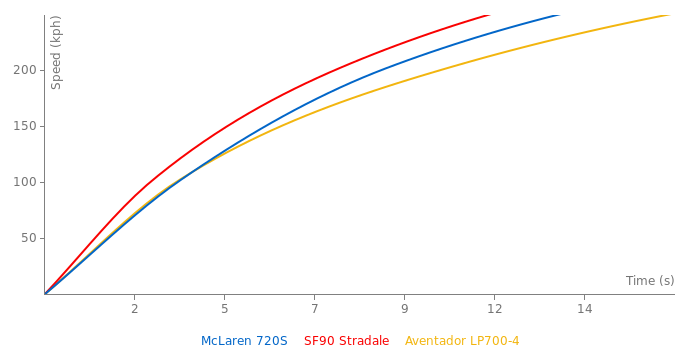 Incredible platform upon which to build from.

Exhaust pipes rear just like the 765LT but TWO exits not four. As IS intelligence. No guarantees.

I would also like to share my little analysis of the acceleration of some of the best supercars/hypercars of recent times, like the Corvolet3 in the ferrari 296 GTB post, with the only difference that I decided to base the acceleration from 100 mph (160 kmh) as it was the most convenient. All figures are fully verified and based on GPS data from various videos and test sources. I hope someone finds this interesting) 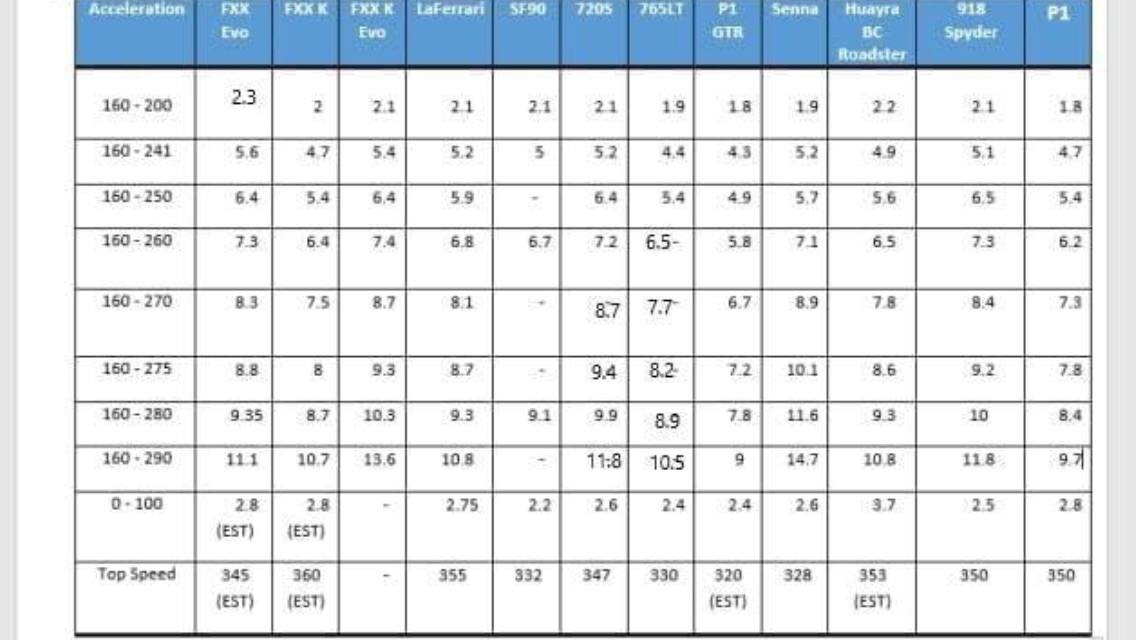 The McLaren 720S replacement, more correctly a very heavily revised replacement (or interim model) is going to be released in 2023 Q2/3/4 (LOL!) timeframe accordingly to what I've gleaned. Power is stated to be "750S" although I've seen far higher.

The Lamborghini Aventador replacement is also slated for this time period rumoured to be "1050hp" naturally aspirated hybrid assisted hypercar. It's said to be sold out for 3 years!

Anyway not too long to go and if solid technical specifications become available I'll ofcourse update.

That's incredible I literally just found it, 200MPH in the standing 1 mile! There are Mclaren 720's that have gone above 174MPH in the 1/2 so somewhere out there perhaps, ones actually breached 200MPH! The Mclaren 765LT should be capable of pulling that feat off.

What I like most about this car is the absolute acceleration it has after it digs into the road. There's literally no need to buy a hypercar.

You still want that Bugatti Chiron? Huh? Do you?

MCLAREN BUISNESS™. The McLaren 720S will be FACELIFTED and get an interior refresh and update and power will go up and ofcourse so it will come with extra hp and even more impressive dynamic capabilities. My contacts state 2023 for 2024 MY.

The REPLACEMENT will be a McLaren Artura based car with a possible triple electric four wheel drive set up but is a few further years away.

Ofcourse this legendary machine can never be replaced.🐐

Jason Fenske from Engineering Explained YouTube channel (fame) has achieved 200MPH on a public road! Ofcourse in a McLaren! The indomitable 720S!🤓

In Germany a mere few days ago a McLaren 720S with STOCK turbochargers, but electronic tuning plus catless downpipes did~

I WONDER what a $1 million dollar plus Ford Ecoboost GT does in the 1/2 mile?🤔

Quote>"McLaren Group is close to securing a new funding injection worth more than £100m as it races to bring its latest supercar models into full production.

Sky News has learnt that the British automotive manufacturer is on the brink of finalising a new equity-raise that would give it access to at least £80m of additional capital in what insiders said amounted to a show of confidence from existing investors."

Quote>"Typically, maturity is the kiss-of-death for exotic vehicles as emerging technology and innovation make aging vehicles obsolete – but this isn’t the case for the McLaren 720S. Overengineered from the start, this benchmark sports car still earns the title as “Today’s Greatest Supercar.”

Some may argue that the McLaren 720S has been surpassed by the McLaren 765LT – a track-focused variant with even more power and capability – but that limited-production model is a bit over-the-top as a daily driver (the 765’s spartan cabin, harsh ride, and reduced outward vision is a compromise that diminishes its overall appeal to most). The 720S is nearly as capable on a racing circuit, yet it is much more comfortable on a public highway.

Incredible carbon-fiber construction, a WORLD-CLASS turbocharged V8 engine, benchmark performance, impeccable handling, and adrenaline-pumping performance. There isn’t more that you can ask for, which is why the celebrated McLaren 720S still earns the title as “Today’s Greatest Supercar.”

Nothing else to state. M4L. LOL!

30 RACES 28 WINS 2 DEFEATS? In TWELVE MONTHS? I'll listen to the OWNER of the McLaren 720S that pushed HIS car harder than the keyboard bitches who "hate" (actually ignorance) with futility!

Carwow Lamborghini Aventador SVJ vs McLaren 720S vs Porsche 911 Turbo S! How can you possibly choose? How?

Anyway McLaren 720S in THIS individual instance REGARDLESS of results!

Quote>"Coming from owning many Porsches and coming out of a 991.2 GT3 after having owned a couple of Turbos (997, 991) and a 991.1 GT3, I ventured into Lamborghini with an LP580-2. While I loved the styling and astonishing sound of the V10, I found the car to be lacking in so many different department.

I picked up a Ceramic Grey 720s from McLaren Houston two weeks ago and I could not be happier. I go out of my way to get out and drive this thing. I have much to learn for sure, but I can say for certain that this is the best performing and most engaging car I've ever owned."

McLaren. The BEST or NOTHING!😂

Quote>"McLaren Planning All-Wheel-Drive Hybrid that Can Hit 60 MPH in 2.3 Seconds."

Quote>"The CEO claims the hybrid will be just 65 pounds heavier than current-generation McLarens, but we suspect that figure applies only to rear-wheel-drive cars that will use a new, lighter V-6 engine paired with the hybrid hardware. The company will likely continue to use turbocharged V-8 engines with hybrid capability in its high-end models."

Savage and frightening Nürburgring video, Chiron SS. But in a good sense.
The Mclaren 720S coupe is one of the greatest supercars ever manufactured.
I'm sure this car will be with us for quite few years yet - well, 7 more at least.
Thank you for producing it for us. 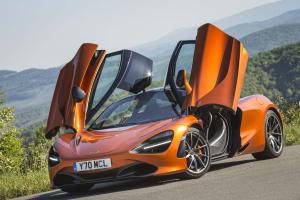 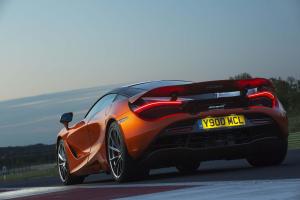 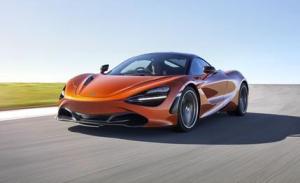 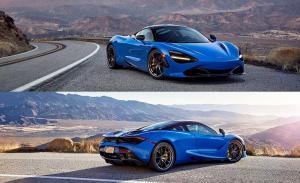 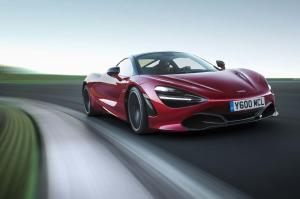 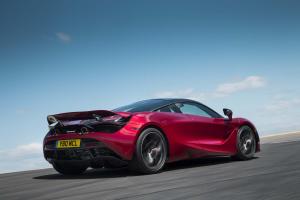 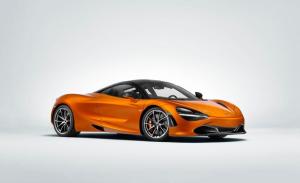 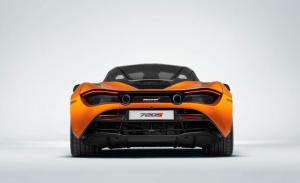 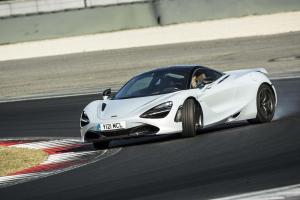 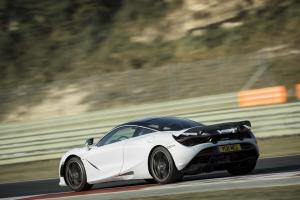 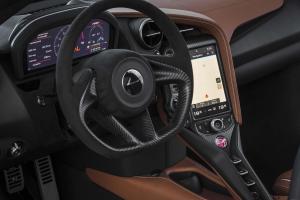 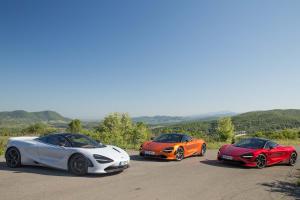 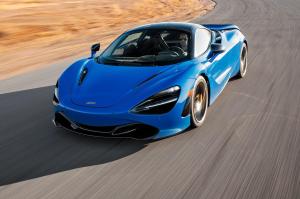