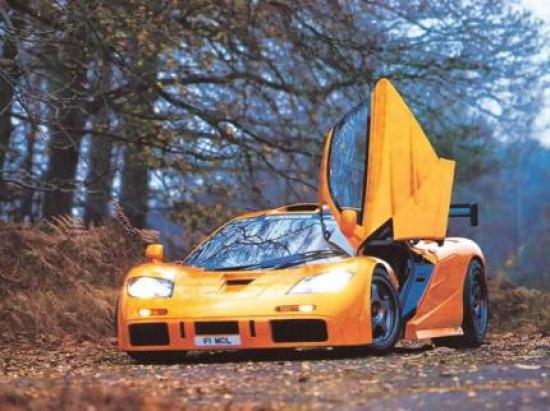 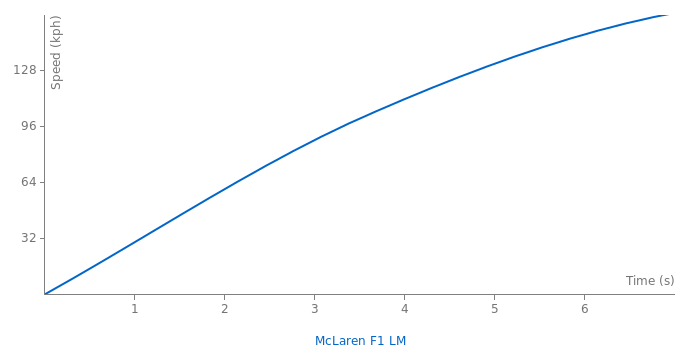 No I am not,if you don't believe its fine.He's the person who believes F1 can beat MP4-12c,F1 can do 7;11 at ring(which is impossible) all are the things I don't believe.From the posts he has posted.
https://fastestlaps.com/models/mclaren-f1

But then again I do believe F1 is faster than Enzo from the comparison I posted.And same you can see in ferrarichat forum from the drivers who have driven both.If you think I have not driven one.
http://www.ferrarichat.com/forum/288gto-f40-f50-enzo-laferrari/5925-enzo-mclaren-f1-3.html

Anyway you have your opinion and I have mine we should both learn to respect each others opinion.I would be very busy by the end of this week.

Dude you have to be abcdefghi.....

Its easy to say you would when your not shelling out millions of pounds for a rare car...

You would drive it no doubt, But you wouldnt push it to the limits, Hell you would be on HIGH alert just driving it in traffic, Watching out for every bump, Every rock in the road, Every passenger getting too close, And thats just in normal traffic, You would be babying that clutch. And yet you say you would push it to its, Limits, Or hand it to someone who would? lol

Yes there are people would would drive there cars fast, But how many people do you see pushing there millions of pound cars to the limit? Hell anything anyone gets that is new they baby the shite out of it.

And we have gone over this many times, The Bedford F1 wasnt STOCK, So no point in bringing that up again. The LM, Now thats different monster, its better in every way for the track, Its a damned race car, Only problem is its not the easiest car to drive, Even for a pro, So to compare it to a car of today in terms of track performance, Ive no idea, But im sure it will hold its own against.

MCLAREN SAID IT CAN IMPROVE STANDARD F1 LAPTIMES BY 10% AND CAN PRODUCE AROUND 550KG DOWNFORCE @ 150MPH.

HOWEVER IF I OWN AN LM I WOULD TEST ITS TOPSPEED.

THIS IS MY FAVORATE CAR TILL TODAY.
PERSONALLY I WAS NOT THAT GOOD FAN OF STANDARD F1 COMPARED TO IT.

THE BEST LOOKING CAR EVER PRODUCED IN MY OPINION.YES,IT DESERVES PRESERVATION BECAUSE IT IS A WORK OF ART

and i know only 5 were made +1 prototype.

and i would take it to track(STD F1,BUT LM WITH LEWIS HAMILTON)because driving and racing fast is fun.but i would learn about this car before taking it to track.AND LOL THAT'S WHY I SENT REQUEST TO EVO.

NOT EVERY PEOPLE HAVE SAME PERSONALITY,LIKE FLEMKE WHO ALLOWED HIS F1 TO BE TESTED.

Its not about generosity, Its about preservation. They only made 5 LMs, 1-2-3-4-5. FIVE, In the world, Million pound cars, Why would you take it to the race track, And push it to its limits knowing how hard it is to get there, And knowing the Possible outcome?

This was never tested seriously for good reason, And it never will be, You can say YOU would do that, But we all know you wouldnt.

Someone should be generous enough to test this car.Mclaren should really test XP1LM around TG track, Nurburgring,Monza,Silverstone,bedford,evo tracks, and many more. this was never tested seriously.

by the way 0-60mph was 3.9s due to wheelspin at start if it is not calculated then entered values are correct.

no lap times for such beast ?

Sorry, did not know that.

wiki is no source..

What video game, Project Gotham Racing 3, I have that game and it has that car.

The entered numbers were from a video game which is not creditable & had errors, we apologise

The Horn Moster  10y ago

Never considered that wheelspin in the start may be the cause of 3.9s of acceleration which seems to be wrong but the entered ones are the most correct ones, or maybe around them, more or less (should be less a bit on 0-160, about 5.7s)

Your right just Guessed something from calculations, I did not mean anything about the real times & of course it is not faster than veyron...Just guessed not judging

LOL Wait wait wait...you base your acceleration assumptions on... NFS: Most Wanted? lol Conversation Over!

But i digress, ill answer anywhoo.

1: The McLaren F1 cannot win against a Veyron. wether its from a dig or a roll, the fact that u actually believed Top Gear is hilarious in itself.

The case of the LeMans, said tested didnt want to "Bully" the car, you know since they only made 5(I wouldnt either) so he had ALot of access wheelspin at the start, so he couldnt push the car(AS Told) as he wanted, so subpar numbers were met, but, this car IS faster then an F1, wether its round track or acceleration, but only till about 210Mph where the Much more superior aerodynamics takes place on the F1. But years ago, the person, or one of the persons mentioned that if he were allowed to really show it the beans, he estimated the 1/4 time to be 10.5@140, but unfortunetly he never go the chance to do much with it. sadly, and i believe him.

On another note, never use Top Gear drag races as a reference..

"It is really really obvious that a car with + more 70 horsepower. less weight, added aerodynamical drag and resulted less acceleration?"

How less acceleration? As I can see, that's pretty better than the "basic" F1. F1 LM would be quite much faster on the track. To orient on the data which comes from the video game makes no sense.

It is really really obvious that a car with + more 70 horsepower. less weight, added aerodynamical drag and resulted less acceleration? probably the driver was afraid to do a full throttle with that monster!why?

Mclaren F1 at its one and only real world test with bugatti veyron held the lead for the first seconds, that means LM, makes a Huge Start & makes the drivers head to hit the seat hard so maybe that's why the records are not accurate. Mclaren F1 LM's speed was never tested within the 4 sold cars & one waiting for Luis Hamilton to win the other championship, claimed at 362 km/h which the F1 GTR did 381 km/h easily in a track not in order to set a record, but a normal track which is nearly the same specs of LM & it can do a lot more than that!

only estimated, the real results should be around them...

lol, it was the same sorry :p

@Mike B
There's another test by Motor Trend.
http://www.motortrend.com/roadtests/112_0004_2000_mclaren_f1_supercar/viewall.html
That edition was my first car magazine :) 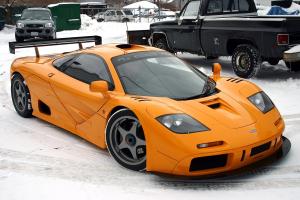