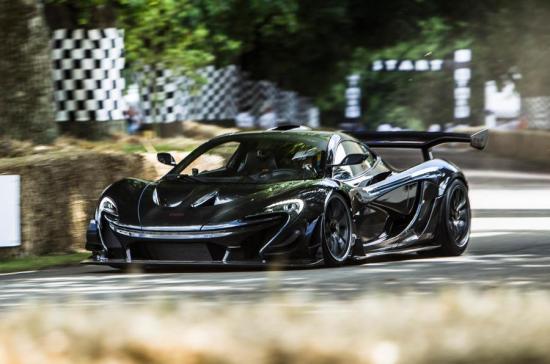 can you add the 1050 nm torque, multiple sources use this number

This is basically the proto-Senna

The tires alone is enough to shave 10s off the Nurburgring time. Let alone the Extra power, downforce, lightening.

It is also worth noticing how the P1 LM deploys much larger tyres compared to the standard P1:

It is especially important the bigger tyre size and low tyre "shoulder" at the front, which, according to many info, was one of the main limiting factors for track performance of the standard P1.

Furthermore, the P1 LM shows higher tyre size both at the front and at the rear than even the P1 GTR slicks (and, as a consequence, than also the road legal P1 GTR tyres):

The P1 LM set the record at Nurburgring for road cars:

I was following this car since its announcement (you can see it from all my comments in this page) and I totally expected this kind of result from it.
So, we have:

The P1 LM is not 3.8 L, it indeed mounts the updated 4.0 L version of the engine.
The prototype which run Goodwood was already more powerful than the P1 GTR and it was still using the 3.8 L version; not to mention also that the aero package was not the final one.

...Who actually takes TopGear laptimes seriously? Its literally just a comedy sketch involving cars, Where MT is a car show involving comedy..
Some cars have radios, Some dont, And even if they do there isnt always music playing, And nobody here can be 100% certain that the laptime that we see, Is the actual full unedited laptime...Wasit im sounding like Sroser...-_-

And 3, some of laps and cars simply didn't have radios/cd players.

Oh really,yeah the Nissan GTR didn't have music in the video but just today I watched the video,there was music in this video
https://www.youtube.com/watch?v=YXFSVoVqhYw
But no music in the onboard video.

See... you don't even understand basic common sense so there is no point in arguing with you. But I might as well state the obvious.

Says the man who tried to prove that GTE cars are faster than P1 GTR by posting the lap time in different configuration in this thread
https://fastestlaps.com/tracks/circuit-paul-ricard
So yeah you are the car guru who is gifted by the Gods with common sense far surpassing the ordinary people.

And 4, no one can say for sure either the onboard laps or the shown laps are the official timed laps. Sometimes yes sometimes no.

If you watch the video of top gear episode,laps look similar like in the video,same kind of steering control,etc.

That Enzo lap was such a mess, give me an afternoon in the car and even I can do a better time than 1:21.

That is absolutely a bluff,I even doubt that you can beat a pro driver in a hot hatch with a super car.An yeah you yourself said top gear is non sense in Agera One crashes at ring thread.If you did set that lap time be sure to upload the video and show us all.

The Veyron was slower off the line because it wasn't using launch control. If you don't use launch control you can't dump the clutch at say, 4000rpm. The manual F1 car can though.

Mclaren F1 is one of my favorite car so I wouldn't downplay it but F1 has RWD,Veyron has AWD so it must have more traction during the start,even Aventador can beat an F1 in the standing start.Good drivers don't need to use Driver AIDS FYI all fastest laps are set without assists.

See... you don't even understand basic common sense so there is no point in arguing with you. But I might as well state the obvious.

The Veyron was slower off the line because it wasn't using launch control. If you don't use launch control you can't dump the clutch at say, 4000rpm. The manual F1 car can though.

And 2, adding music post through edit isn't the same as recording it in the car out of the car speakers.

And 3, some of laps and cars simply didn't have radios/cd players.

And 4, no one can say for sure either the onboard laps or the shown laps are the official timed laps. Sometimes yes sometimes no.

That Enzo lap was such a mess, give me an afternoon in the car and even I can do a better time than 1:21.

And if this was the actual lap... where's the music in the car?

Music you say?Well there isn't any music in any of the stigs onboard video of the counted laptimes

Now if you are gonna argue about why that lap time is invalid,then I don't have any time to waste because I know it will be of no use and will lead to a long thread(from my past experience),you guys believe whatever you want.

In this video lap times of Gumpert Apollo,Zonda F,GTR match the real time,I don't hear any music in any of the car.It isn't like we can't edit the video and add music in the car when it isn't even played with today's softwares,it is naive to believe that Stig sets his fastest lap by listening to music rather than concentrating on the track.

Best example of Top Gear cheating the viewer is the F1 vs Veyron drag race,there is no way F1 will be ahead of Veyron whether it is rolling start or standing start in a drag race.

no one said that is the actual lap that counted. Clearly this lap is a complete mess. And if this was the actual lap... where's the music in the car?

I wouldn't trust top gear now after finding the video of Enzo's lap where it did not do 1:19 but it did only 1:21 according to their onboard video lap time from 0:06-1:27
https://www.youtube.com/watch?v=hKwYCY8RDDM
Anyway one thing I like about P1 LM is that it was even faster than F1 GTR LT without slick in Goodwood FOS.With slicks it may probably be almost as fast as an LMP2 car or just slightly slower.

Apparently this is 60kg lighter than a P1 GTR and has 40% more downforce. So on slicks it would be even faster than the P1 GTR.

Good Gamer - You'd be surprised. The P1 LM uses 285s up front and much wider rear tyres too, that will make one hell of a difference on top of the greater aero, reduced weight and extra power. The main difference will be the wider tyres, the P1 always struggled on those skinny stock tyres. 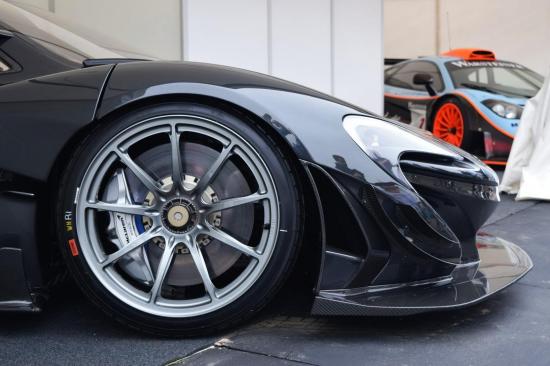 What would be next?A P1 GT and P1 GTR Longtail.I would love to see how much faster would it be than standard P1 but I know that difference between them won't be as high as F1 and F1 LM/GT
Having been in a P1 was very exciting not to mention more than 1.5g around corners at willow springs.

Obviously ride-height is variable. Otherwise it would be unusable as a road car. Even as a track car it would scrape in some tracks, kerbs etc.

I wonder what is the ride height of the car =X

This car, on equal tires, would destroy even the P1 GTR on the track: equal power, suspensions and chassis, lighter, and far more downforce.
The stunning part of is that this is road legal: it can really be the ideal successor of the F1 LM.
Also, according to inside info, the XP1 LM which ran Goodwood has still part of the aero of the P1 GTR, since the final LM set-up is not ready yet: this surely means that the potential of the five final cars (four of which will be orange) is even higher.

This surely is a monster: in its category, I could just see the Apollo Arrow (assuming everything about that car come out as planned) being close or on par with this (waiting for the AM-RB 001 of course ;)).

I wouldn't mind Porsche and Ferrari having balls to actually participate in Supercar Shootout with 918 and LaFerrari, not just bring them around track leasurely like some kind of "diva cars".

LaFerrari FXX-K, 599 XX and all the rest of them were there, but none dared to enter any timed runs. Same goes for Bugatti Chiron.

Absolutely stunning car! Finally the legendary F1 LM has a successor. Seems that McLaren wanted to be on the safe side to be the quickest after the P1 was not always the clear winner in comparison tests with the 918 and the LaFerrari. But I also wouldn't mind Porsche and Ferrari building road-legal hardcore versions of their hypercars... 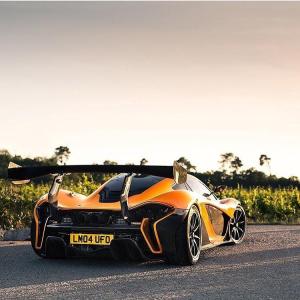 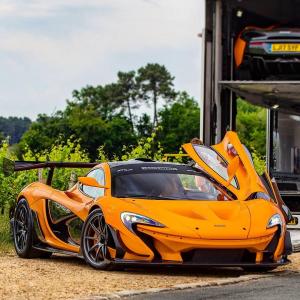 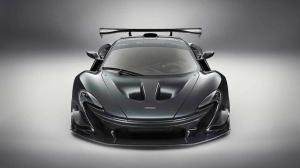 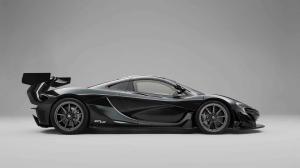 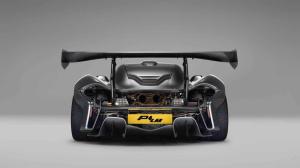