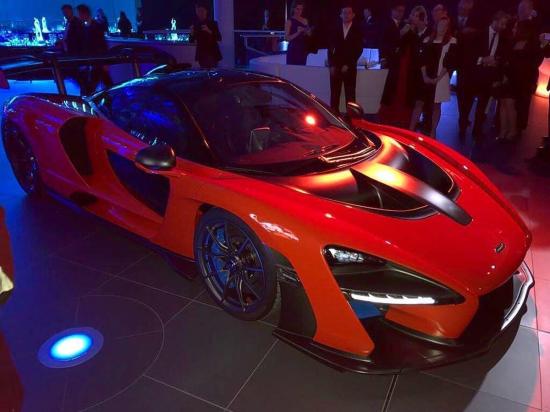 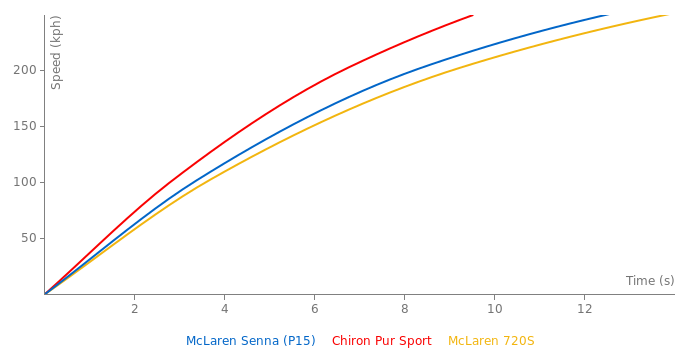 @fastestlaps please change picture to this 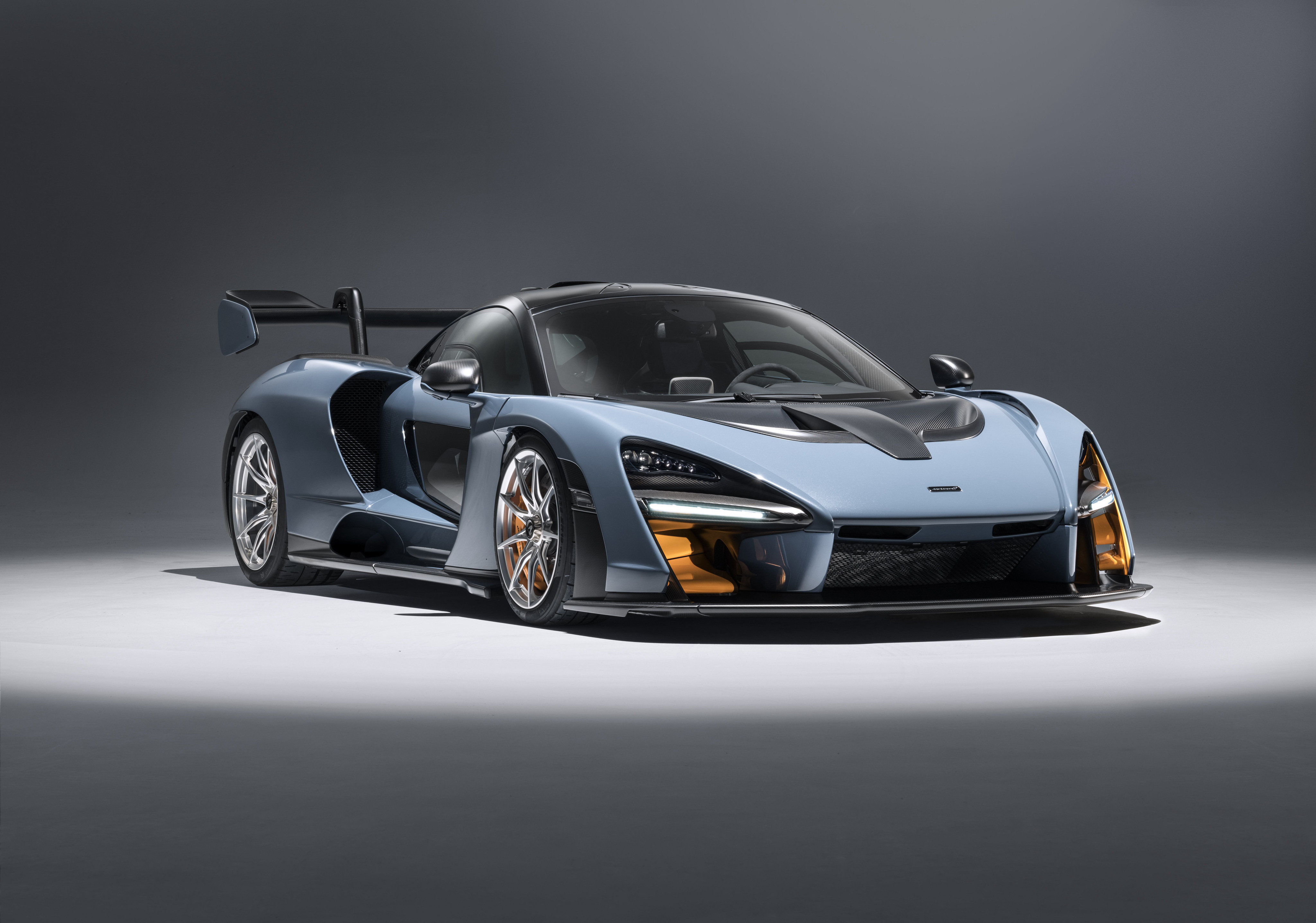 Quote>"McLaren has revealed a limited-run, single-seat track car derived from a virtual video game concept and powered by a naturally aspirated V10 with more than 830bhp.

Named the Solus GT, it has been created with speed, downforce and lap records in mind, with a striking carbonfibre cockpit-style design alongside wide-set, enclosed wheels and a huge rear wing.

Built around a unique monocoque chassis, the car itself weighs less than 1000kg yet it produces 1200kg of downforce at full tilt."

I'm completely shocked by this, there was no indication I'm aware of that this car was even being developed or in pre production prototype format!

And remember awhile back I told you McLaren had trademarked three names? SOLUS is one of them!🤓

Also, there is NO such thing as an "ugly" hypercar. The McLaren Senna is not "ugly" and neither is the Ferrari Enzo. Only a broke social reject would flat-out call a hypercar "ugly".

To summarize, these blokes must all be jealous that the women they have "crushes" on are even remotely talking to men that have these beautiful goddess machines.

But props to the guy though atleast he's enjoying the cars! Oh and it's been tuned too!

So, just to finish off, I didn't want to leave it! But of the NINE 2nd position placing's, accordingly to my researching shows SIX were production lap records the McLaren Senna held outright before them being beaten. Some by the Ferrari SF90 and the Pagani Huyara BC etc.

So that's TWELVE plus SIX= EIGHTEEN outright lap records she had!

The car has definitely lived up to Ayrton Senna's name.

(Disclaimer as below. Not writing it twice for the same subject matter.)

So the McLaren Senna~ the finest McLaren EVER? Well let's break it down~

TWENTY two CURRENTLY listed laps.
TWELVE CURRENTLY outstanding outright production lap records! 12!
NINE CURRENTLY 2nd positioned placing's amongst the others.
And the ONLY one outside those positions is Autocar Wet Lap.

Of those NINE at some point I'll breakdown if the McLaren Lap records were broken or whether she was unable to break them. Regardless the McLaren Senna has more lap records than some manufacturers have had, it TOTAL!

So I'll actually say nothing. It's glaringly obvious. In certain disciplines.

*Mistakes occur, particularly when looking at multiple data streams from multiple Sources. Very gladly rectified. Leave proof of such mistakes below with evidence via Source and Citation. They'll be amended at my pleasure, certainly not anybody's else's.

This information is PUBLIC DOMAIN so my "fanclub" can GTFOH.😂💯

The McLaren Senna shocked me with it's pace obviously a track weapon but she moves!

Look AT the half mile?😲

Nothing else to state really. Analysis will be individually done. Mine was!

But regardless got alot of time for Johnny Bohmer.

Quote>"`it's still among the most brutally accelerative vehicles we've ever tested, hitting 100 mph in 5.1 seconds thanks to its 789-horsepower twin-turbo 4.0-liter V-8. Stopping from that speed is equally stupendous, 15.4-inch carbon-ceramic brakes grabbing to a standstill in a mere 3.4 seconds. Those combine for an 8.5-second 0-100-0 cycle, the best in MotorTrend testing history."

LOL! I was searching for something COMPLETELY different and ended up watching this lastnight?

Now I know it's a little bit of fun, but having said that it's SERIOUS too? Who doesn't want to see the cars do good?

McLaren Senna won BOTH the standing 1/4 and 1/2 mile! The McLaren Senna SPANKED everything present, not saying it's the ultimate drag car. However~

Quote>"Not only was the Senna triumphant on the circuit, it also competed in ‘World’s Greatest Drag Race 9’ finishing 1.12 seconds faster than its competitors over the quarter mile at 10.08 secs, and 2.03 seconds faster, at 15.65 secs, in the half mile distance – reaching a top speed of over 171mph."

OVER 171MPH. That's just one of those metrics!

But, then it IS McLaren right?😉

Incredibly impressive, she's dusts just about everything ON and OFF the racetracks? LMFAO. 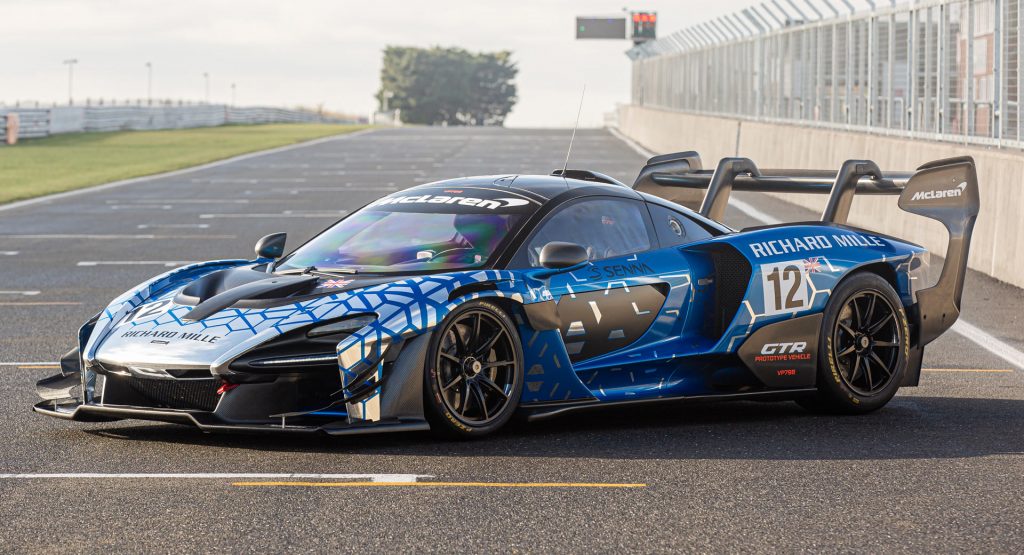 What about the senna GTR?

Also read the texts at the beginning of the video
There are some interesting numbers there :)

Surprisingly, the McLaren Senna holds the Porsche 918 in roll racing. And destroys the Laferrari along the way!

I've used it continually for absolute months. So you can be SURE my calculations just aren't a bunch of numbers put together. I BENCHMARK and cross reference data continually.

Lanzante Limited have re engineered TEN fully road legal McLaren Senna GTR's to full production status. Information regarding these is next to none existent. Possibly NDA due to McLaren.

These absolute beasts are very next level. I mean I've nothing else to state yet!

Does anybody know how many production record laps in total this car achieved? I mean I know last year a press release came out from McLaren stating they had (at the time atleast) 4 lap records in the United States of America.

I know of Spa Fracochamps and Silverstone (I believe) so that's SIX! I mean I'll eventually triple check but it could be double digits? Incredible! 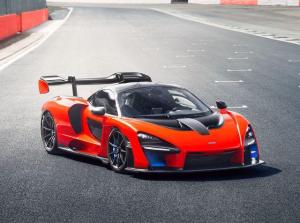 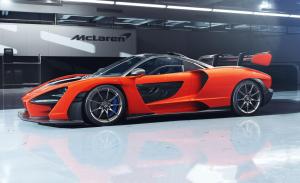 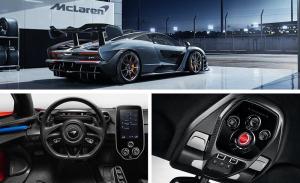 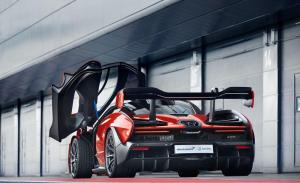 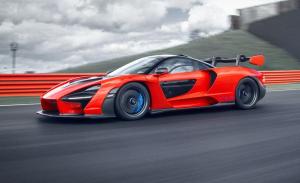 " EV engineers have taken the natural acoustics of the motors ...

First test of the convertible. https://www.motortrend.com/reviews/2023-chevrolet-corvette-z06-first-test-review/