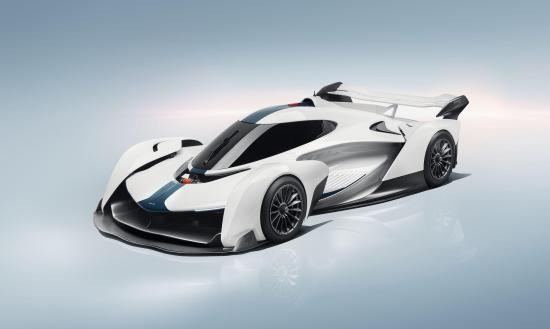 Ex Mclaren designer, "Is the McLaren Solus, SOULLESS?". Accordingly to the video site.

If that's true my initial reaction would be, is it bollocks!😂

"Obviously it's not road legal"
https://www.topgear.com/car-news/supercars/v10-engined-ps25m-mclaren-solus-gt-real-life-gran-turismo-racer

"Only 25 will be built, and none will be road legal,"
https://www.google.com/search?q=solus+gt+road+legal&rlz=1CASFKO_enUS1019&ei=VtwhY5rhAvPTkPIP-OGD2Ao&oq=solus+gt+road&gs_lcp=Cgdnd3Mtd2l6EAEYADIFCAAQgAQ6BAgAEEc6BAgAEEM6CAgAEIAEEMkDOgUIABCGA0oECEEYAEoECEYYAFCFAljCCWDlEmgAcAJ4AIABuASIAY0LkgEJMC4xLjMuNS0xmAEAoAEByAEDwAEB&sclient=gws-wiz&safe=active&ssui=on

"Legal to drive only on a track"
https://driving.ca/auto-news/entertainment/mclarens-wild-new-solus-gt-hypercar-is-literally-out-of-a-video-game-gran-turismo-vision

Those cars at Le Mans the Ring who would do better, also add the Valkyrie AMR.

This Mclaren is insane what would win in a race this or the Senna GTR? I bet this would since it weighs so much less. I wish the best of every insane car maker could get together to create the most insane track monster of all time.

Well, NO it does not in the video it was stated that Mclaren "would exceed that quite comfortably!" <1200KG that is.

Can the McLaren Solus GT SPANK the Aston Martin Valkyrie AMR Pro? Way too early to say, but what ISN'T, is that it was absolutely one of the surprises of Monterey Car Week!

But it's a Mclaren and this past decade they've in their FIRST decade created some of the finest supercars and hypercars ever?

The Mclaren P1 went into hand to hand combat with the Ferrari and Porsche Holy Trinity cars? The Mclaren 720S is one of the finest all around supercars ever?~Period.

Anyway if the McLaren Senna GTR was, in the United Kingdom made ROAD LEGAL then, if you've got the nous to understand, then perhaps so will these possibly? I mean Spyder McLaren P1's exist! I'll need to investigate at somepoint? I know more about the FMVSS! LOL!

I love the livery McLaren uses😍, but maybe it's a bit hard to see its laptime.🙁

What a time to be alive!

Mclauren and financial struggles, another british car maker closing its doors too soon or ...

Electric Vehicle production record as is the electric vehicle battery range records, so they ...