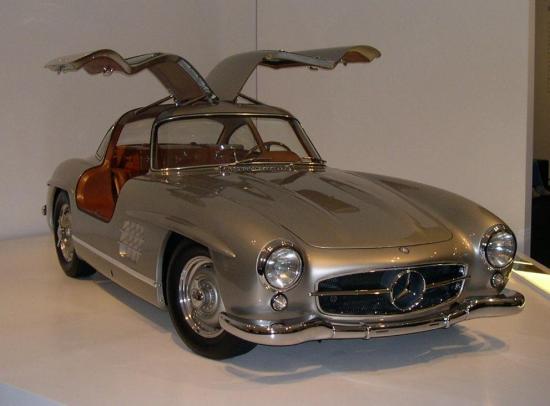 I already post that performance figure but somehow they didn't appears.

@Shaggy; Mental
Ooops, sorry, it was the wrong car. Embarrassing...

Now, they could have tested a performance crate engine that dodge sold for prostock racers.

The big three all offered hardcore crate veraions of their biggest engines for prostockracing. These engines werent put in production cars though.

Fords cammer v8 supposedly could make close to 700hp with the right carbs and gas.

Again, the 800hp is a tad unrealistic though.

All you need to do is look at the times the cars ran back then and the weight they were hauling around.

In the 70's guys with big engines were in the 9's with 3400lbs or so to lug around. They typically trapped in the high 120's or low 130's. Those times are indicative of a car closer to the 700hp range... And these guys modified their engines...

There was likely something wrong with that episode or youre remembering it wrong.

There was never a factory stock 426 hemi that ever made even close to 800hp.

@ Shaggy: I ask my dad and he said it more likely have 540 Hp than 560 Hp. L88 had 430 Hp in specs but the actual power when measured is 560 Hp. Using modern measured, it has around 700 Hp. LS6 in specs has 450 Hp in specs and actual power is 655 Hp which become 426 Hemi Rival. Standard ZL1 has 430 Hp in specs. Using standard fuel, it has 376 Hp. Using high octane (over 96), it has 525 Hp. And when measured using modern measured, it has over 600 Hp with incredibly high rpm make it look like a race ready engine. On Corvette which slightly modified has around 700 Hp. My dad ever work at GM before so he know something about Chevy big block. He already retired now.

@ Super8: I know about those one off cars, they're awesome, but have never been put into production, I wish they were. If the 1970 Corvette LT2 was put into production, that would have been my favorite muscle car from the 60s and 70s. The 427/435 engine in the '66-69 Corvette Stingray is no slouch, that engine is confirmed to put out 560 horsepower right from the factory.

@ Apathy: The power output of the 427 C.I V8 in the Corvette was rated at 435 horsepower, actual output was 560, the output of the 426 Hemi has never really been accurately determined, it was underrated at 425 horsepower, some speculate 480 horsepower, one restored to original factory specs was dyno-tested a few years ago and registered at well over 600 horsepower, if I remember correctly, it was either 682 or 862 horsepower, it was 6 years ago, so I'm not absolutely sure. But my favorite car of the 60s is the 1969 Chevrolet Corvette Stingray 427/435 Coupe, with the long ratio transmission, it had the highest top speed of any American car of that time, and a Corvette with the L88 or L89 was the only car that could give a Shelby Cobra 427 S/C a run for its money. BTW Most engines of that time had iron blocks, I'm not too sure if the 426 Hemi's block was iron, but I couldn't find any source that said it wasn't, so I assume it was iron, but the advantage to an iron block was durability, aluminum block: lighter weight.

I think the L88, L89, or ZL1 427 from GM is the most powerful engine. Aside from being underrated from the factory, even their factory rating was slightly higher.

I would also argue that the GM engines were a bit more impressive in general. Many of them sporting aluminum heads and in the case of the ZL1 engine, an aluminum block. If I remember correctly, the 426 hemi was all iron.

@ Super8: The 426 Hemi is my favorite engine of the 60s and 70s, it was most likely the most powerful automobile engine of that time. If Dodge decided to build a lightweight sports car back then and given it a 426 Hemi, it would probably have left Shelby Cobra 427 S/C, C3 Corvette Stingray 427/435, Ferrari 365 GTB4 Daytona and Lamborghini Miura in the dust. Any old school mopar with that engine commands a lot of respect.

This car is a milestone. It gave the new impression what the car could be.
It gave a life to the SLS, and now I can enjoy just watching it. Thank you, Mercedes.

Charger Daytona can become the fastest car in 60's if Dodge use lightweight part. I believe it can reach over 170 mph cuz Hemi is powerful enough to beat Chevy big block or even Ferrari V12 in that time.

@ Shaggy: There must be an explanation why they are not listed. I remember 67 C2 427 hit 160 mph using wide ratio. After more aerodynamic C3 came out in 68, top speed increased to 170 mph using wide ratio and 155 mph with automatic wide ratio. However not much people know about this cuz most of the Vette are fitted with close ratio. Miura is not the fastest car cuz it has aero problem. Ferrari Daytona is the fastest car in that time. Being eclipsed by Shelby Cobra, Dodge Daytona and Chevy Corvette.

@ Super8: What a magnificent machine! This one makes my list of one of the world's greatest cars, and my list of dream cars. :)

So Chris Harris is a poser ? :D

Sure, in the real world the Porsche is consistently faster off the line, although ...

Only a blind would state "there is no clear winner in this comparison". There ...