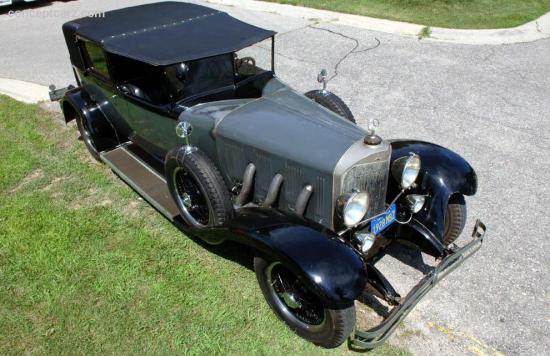 @Inline 6
Also correct, also straight-6 engine. I had a problem with the translation of "Reihenmotor".

A Fangio Man: The 630 K, this is the first I've heard of this car, good looking classic. BTW, "all the rage" good usage of 1920s terminology.

To the 630 with supercharger only the mechanics were contributed by Mercedes, while the bodywork was provided by Park Ward, London. It is a so-called transformatnion convertible which could be opened alternately in front or at the back. Of course, it was also possible to remove the soft top altogether. For show purposes the passengers rode under a closed top while the drive's seat was in the open air. In the 1920s this was regarded as "all the rage", or what we now would call "cool". For outings in good weather the whole top was removed which turned the car into a big convertible.

I completely agree. It just that too many svj fanboys dont like the reality. ...

well I know that it is difficult to compare - but especially the lightweight ...

Even though it had its flaws, this car laid the foundation ...

I apologize for this comment. The SVJ is a great car, ...

This lost to a pick up truck Lol

" to use lightweight materials but in the end the cars almost all the ...

Because when you say 'it has a 4-liter engine', everyone will ...

Finally a real lightweight car! Very nice. All the big players claim to use ...