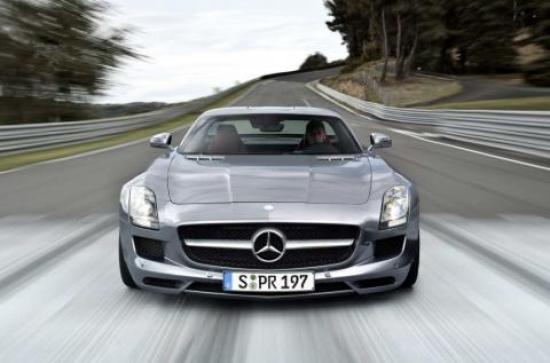 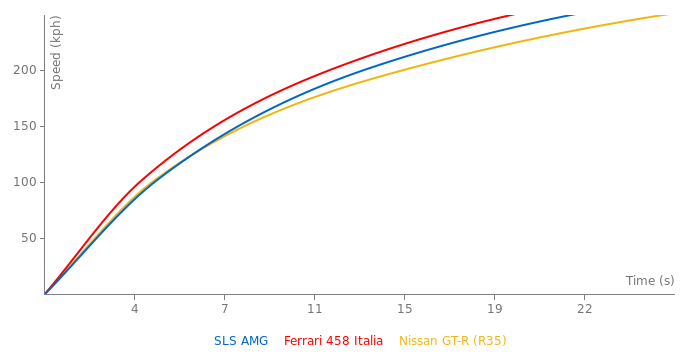 LOL! Something else to do!

Found LOADS of data sets for the standard specifications production car. I'll collate it over the next few days.

But the ICING on the cake is this cars got a 7 speed DCT gearbox. Not bad at all.

I've NO idea how I seemingly forgot this production car. None. It's got one of the unequivocally greatest naturally aspirated engines of all time. The ride and refinement and build quality were atypical Mercedes Benz!

And then you've got those GULLWING doors! What's cooler than those! You won't find them on any current Bugatti?

"If you AIN'T American you ain't SHIT".

Had a chance to get behind the wheel behind one of these today. I don’t care how fast or not it is. It’s freaking awesome

@ Fangio Man: Yesterday was the first time I ever saw one, it surprised me, it look even better in the flesh, that's one reason I like visiting big cities, and Savannah is one of the largest cities in my state, a lot of doctors and lawyers live there, so I get to see a lot of high end cars, the parking garage at the hospital where my mom had her surgery was crawling with BMWs and Lexuses, I even saw an Aston Martin V8 vantage roadster. :D

I also saw one of these in Savannah Georgia, it was black, and awesome. :D

@ nin
sorry I didn't see that
but I give more information

@Mental, Practicality is all in how you are and tend to use it, Its got a boot, so does pretty much every car, so i dont see why one wouldnt take it grocery shopping if one needs food, And why isnt the SLS to be taken the kids to school? Your it has 2 seats, one for your kid, one for you, id be Kick ****in Ass if i got to get droppped off and picked up by my parents in there SLS! ANd yes, its not as practical as a C-Class, but again, any car can be, its what you chose to be practical, not what cant be.

@BR2 In word unpractical I meant in comparison with Golf and other family cars the same class. Also I didn't want to say that all AMGs are unpractical, only SLK, SL and SLS are not as practical as, for example, AMG C-Klasse. You'll agree that the SLS isn't a car for shopping, driving children to school etc.. I would be astonished, if I meet the SLS on the supermarket's parking.

I think the Hp is fine where its at, hell you dont even need Hp to get where your going, but thats not the point of these cars, the 65 Series Benz and this only have a 30Bhp difference, thats not much.

I dont believe this car should have any less, same with almost all performance cars, and AMGs unpractical? what AMGs? the CLK GTR maybe, but as far as practicality goes, these AMGs, even there more extreme models, are quite practical for daily drivers, maybe even the best,Its not useless to drive a high bhp car on a normal road.

I live where theres alot of Snow, or most year round, so any car without (Some) kind of power shouldnt be here. 4wd is the ideal cars for choice here, but its not absolutley needed, every kind of Power is useable, but you have to know when its called for.

Yes, it isn't a race car, I know it. Then, why AMG has set more powerful engine with bigger torque (1000 Nm vs SLS's 650 Nm) into not as extreme car as SLS - the SL 65? The SL 65 is more "domestic" car than the SLS and I think it would be more logical to exchange engines. Yes, these cars could have the same power and torque as in Golf GTD to use them only in towns. But these AMGs are quite unpractical and it's Mercedes - these cars would cost quite a lot of money even with terrible engines. And nobody would buy them, except of that people, who respect the style and comfort, because the SLS and the SL are so pretty looking cars! I agree it is useless to buy powerful cars and drive them on simple roads, but I'm no gonna be happy to watch only mini-cars and German business-cars. LIFE MUST BE COLORFUL!

You dont even Need 100Bhp for Town, 400Bhp for overtakes, nor 500Bhp for track, you dont need even close to that, the only time you would need a Real amount of Bhp would be to go up an Ascent, or to race with, hell you can make do with 50bhp, but thats not the point of cars like these.

Lol, You dont use all that power every day.

@BR2 Yes, the rate of growth of power is coming bigger and bigger. But I think at last mother-nature won't allow you to go extremely fast. And if people try to beat nature's laws, they would have to create super technologies, which would cost transcendental amount of money.

The base model Lamborghini gets 700bhp, Up from 580 10 years ago, Manufakturs are putting 580Bhp im family Estatse cars, 400bhp in cars the size of an Elise, Power is going up, but so is more advancements in technology.

Some people drive 2000bhp as daily drivers, but still, no more then 100bhp is needed for the road, but thats not the point...i guess.

Thas why i always thought certain cars had too much of a Bhp boost for there model range.

These ones inparticular, i thought there was too much of a Gap between the Hp levels of these serires of Ferraris, afer the 360. Same with the Porsche Turbo Series.

@BR2 2000 BHP! MY GOD! If it is real, supercars would have to have huge wings, chassis, which wouldn't just explode on account of excess of power, their weight would be over 6000 lbs and the expenditure of petrol would be 6 liters per mile on the top speed of 320 mph. So wouldn't be a car, IT WOULD BE A JET FIGHTER! And which idiot would drive it on the simple road? Then 2020 Golf GTI would beat your 2008 Corvette ZR1 on the drag race!

I that kind of GT car more importand is Torque.
As to thee Turbo space: Brabus tuned it with 2 turbos to 800 bhp

But who need it? I would rather have monster Torque from low rpm than monster power at the end.

I Agree, cars are getting too powerfull thes days its a bit rediculous, however, though, some cars are getting heavier/lighter, but still. i wonder if there will ever be a world wide gentlemens agreement on how powerfull a car can be in the near future? pretty soon a car will eventuallty pass the 2000bhp mark..

@ Viking 2004 Viper and 2009 GT500 are good cars, I like them both. I don't want to appear on this site as a boring thing, which always tells "GIVE THAT CAR EXTRA HORSEPOWER!", but 2012 GT500 and SRT Viper are better in racing sense. I don't know, maybe predecessors have better equipment and it's better to use them on the simple road, or just they look nicer and people would buy them. But I won't say the same about the GT500 Super Snake and Brabus 800. They have too much horsepower, which made their handling awful and haven't the aerodynamical body. I just want that the SLS could beat the Ferrari 458.

The SLS will get more hp, since the SLS AMG GT has arrived, and the upincoming SLS AMG BlackSeries, dunno how much though, prolly 620Bhp or round there, MB doesnt really lighten there cars, or buy much,its usually the better end of the little technical stuff, not that i mind, i wasnt to fancy of the SLS to Begin with.

Nothing is really appealing to me about it, my favoite Benz would have to be the CLK DTM AMG, I would have a gender transplat for that car...-_-

@Mental I have to admit that I have never driven a car as fast as one of these Mercedes SLS AMGs, so I really don't know if it needs more horsepower. In fact I have never driven any cars with more than 540 or so horsepower. I think that my nephews 2009 Shelby GT500 has a few tweeks, and probably has about 540 hp, rather than the stock 500 hp. I also drove a heavily modded 1994 Mustang GT with around 500 hp (owned by a friend), and rode in a 500 hp 2004 Viper on a SCCA Solo II course. My daily driver only has 412 hp. So I don't know whether the SLS AMG really needs more power, I will defer to people with more experience.

I dont think the car would be the same with a bigger turbo engine, this engine is just fine.

@Viking I think it isn't a big problem. Somehow they (McLaren) have set turbo engine into the SLR and remember how the SLR's bonnet was low.
700 bhp... mmmm... just magnificent. Clarkson would adore it (of course convertible version). 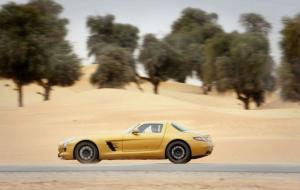 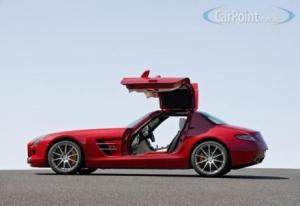 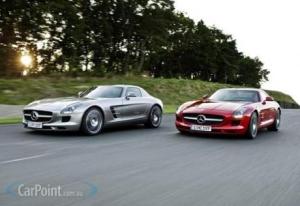 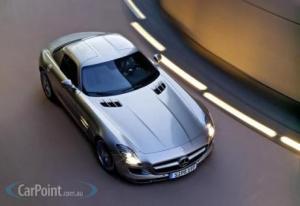 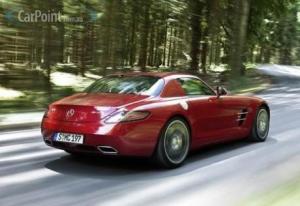 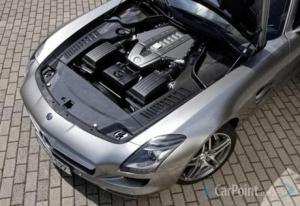 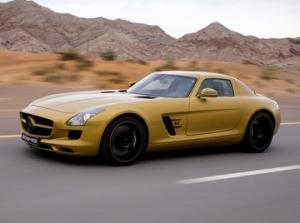 If RDR said will happened it will be fast as a Aventador SV, Porsche ...