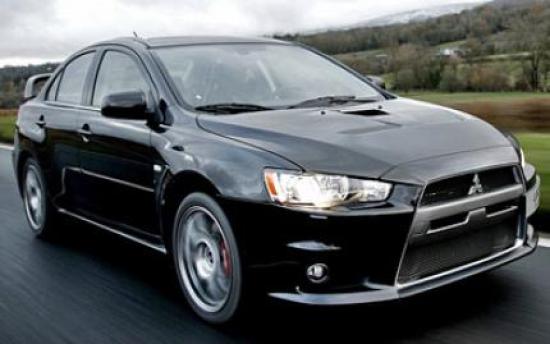 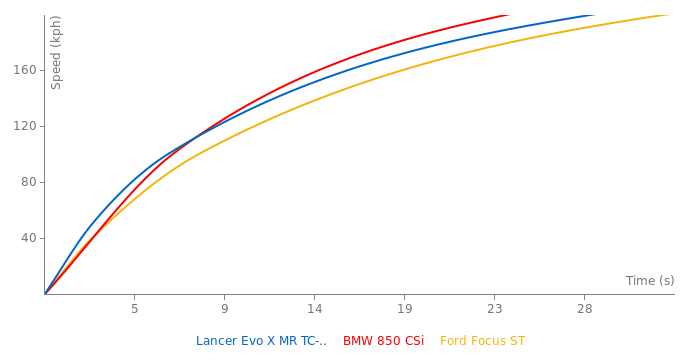 A power increase for the evo is LONG overdue. While typical sedans have drastically increased h.p over the past decade the evo has basically stayed the same. It needs a big jump in power for its performance to be considered impressive by todays standards.

@monkeypop
Oh, not just there are no more AWD Turbocharged Eclipses in Mitsubishi's lineup, but there is no more any Eclipse in their model range... The production of Eclipse was ended 2 years ago... I also suppose if the 3000 GT was not stopped, now we could see its supercar successor, competitor to the GT-R... And the modern Galant only can compete with Camrys... And I don't see Mitsubishi competing anywhere anymore, there is no Mitsu even at the rally championship... Hell, even the current generation of the Outlander looks just like the crap...

Gruesome.. just about 15 years ago Mitsubishi was producing some cool cars, and could be considered as one of the leaders in Japanese autoindusrty... Now the only "impressive" vehicle in Mitsubishi's is Lancer Evo X, which is losing its fire.

@Mental,
I think you're right. From what I understand their market here in America has really been suffering. I'd hate to see them go, they've had some great cars over the years... case in point, this car!

I agree mental. Where is all the fast cars with neat innovations like the 3000gt vr4 with active aero long before others used such things. The galant is just a shell of its former twin turbo v6 glory. The eclipse no longer has cool turbo awd variants. Very boring lineup of cars now from mitsu.

Hmmm, do only I have an impression that Mitsubishi in recent years slowly begins to decay? I mean in last few years they did not introduce any impressive innovation, any impressive car. Any news from Mitsu. Their model range becomes less significant at the world's market and less popular. And the only Mitsubishi's car oriented on performance that's still in production - Lancer Evo, is becoming too old to compete with its rivalry. So what's going on with Mitsu? Why don't they have anything exciting anymore? Their Evolution turns into Involution?

Always do a comparative study of such different jacket in terms or cost, material etc before its purchase. gucci uk sale - gucci handbags sale , .guccioutletstorets.com/#76629

5.5 sec and 13.8 sec are real times for start from IDLE. For start from launch times may be much better sure.

Good luck Dirtdickler. I don't even like the Mitsu Evo models, but I would like all the info on this site to be as accurate as possible.

@Dirtdickler use the "add performance figure" function and cite the Road and Track issue. The moderators should look at the figures and approve it. Once approved it will appear on this page.

Wow those acceleration times are WAY OFF!!

Just do a search Yahoo / Google and you'll see several sources recorded times for the EVO X MR way quicker than the times listed here. 13.8 for the 1/4? Really? LOL

The 4g63 was a really reliable engine even when boosted. Problem I had was with the drivetrain. I cant say anything about the new SST tranny or the new engine but Mitsubishi uses a very soft clutch in their manuals thats easy to slip in order to protect the drivetrain.

If you replace the stock clutch with a more aggresive one then you are asking for trouble. I had a mildly boosted evo 9 for a few years and it was a money pit. Stock clutch went out in 5k miles.. put in a mild organic Exedy clutch with 58% more clamping force than stock and then the internal shift forks started breaking.

Transmission will probably always be a issue with AWD cars. If the tires dont slip.. all that force goes right into the drivetrain.

I have heard the exact opposite. I've seen several 4b11t's push a decent amount of boost on stock internals. It's about comparable to the 4g63 despite the 4b11's open deck design.

a gt-r is no real track car
if you use the gt-r really on the track,
the gt3-rs is cheaper
in everything but the carprice itself

"wanna track car?", buy a GT-R, it's less expensive and it's quicker at many tracks

the evo x engines are not reliable when boosted; the 6speed double clutch trannies also burn out when running under high boost - life is very limited on a boosted evo - wanna track car... buy a porsche.

this edition of evo need to remap ECU because his weight is too heavy . after remap suppose can be 350 bhp 430nm

I\'m not much of a Mustang fan but I have to admit that the GT with the Track Pack is a well sorted track vehicle and an excellent value.
Most Mustang fans focus so much on 0-60mph and 1/4 mile times but it does go around the track very well. Good tires, good brakes...it\'s a nice performance vehicle.

The 08’ EVO X’s had a horrible tune from the factory but has since been corrected. Then run way quicker then the results posted here currently.

*For lost one assuming the Mustang GT will be faster because it tied the 08’ EVO X at VIR.

The EVO X is by the better performing track car and when you look at pretty much every other result besides that one at (VIR) you\'d understand that a Mustang GT, 2011 or not doesn\'t stand a chance in hell against the EVO X MR unless you’re just talking about a ¼ mile drag race.

Since the 2010 mustang tied this I wonder how well the 2011 would smash on this car.

Weight and other details are incorrect.
http://www.evo.co.uk/carreviews/cargrouptests/220788/subaru_impreza_wrx_sti_type_uk_versus_mitsubishi_evo_x_fq300_sst.html

With a Cobb AP stage 1 ecu upgrade and using launch control I get constant 0-60 times in the 4.2 sec range with the SST.