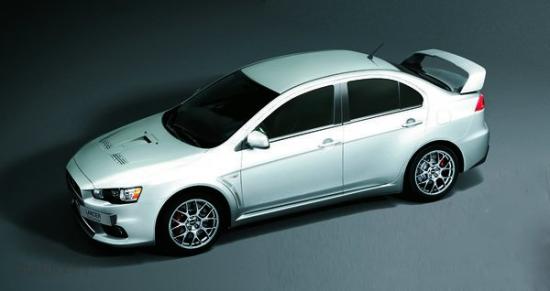 King of Kings  3y ago

Best AWD Car is Evo! Nissan GTR AWD is like RWD and very slow in tight corners. Heavy Pig GTR is for Drag. I have both cars.

the greatest was this, everything else turned out like poop especially the last one 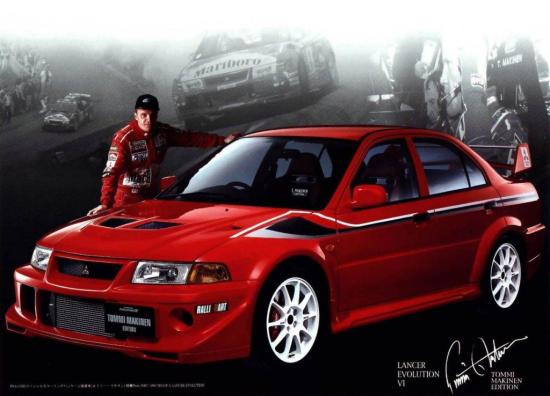 Lancer's each wheel is controlled individually, it is constant and mechanical. There are a torque/power flow to each wheel instead of using breaking power (like in 918, FocusRS, Lambos or STI).

The other AWD system that is also impressive (works in same way) is inside Nissan GTR. While most of German cars (Merc, BMW, VW, Porshe) controls torque between front and back to balance between under/oversteering - its worse. Mitsubishi controls each wheel individually. I suggest you "Engineering Explained" you tube channel, there is a clip "Mitsubishi Evolution X - How The AWD System Works".

Better than NSX Mk II, better than Porsche 918 and better than Ford Focus RS (that Clarkson touts as "best 4wd system in the world")?

In theory, the best 4wd system is one with 4 individually controlled electric motors. But I can't think of any production car today that has that...

Has the best AWD system on the planet (with constant mechanical torque vectoring).

I wouldnt call this the 2nd best Awd system, Not even top 3.

Ultimate EvoX and most powerful 2.0 liter engine. Some time ago many car fans was so excited on 360 hp in new A45 Amg, why nobody talks about 440 in Evo?
This is the best AWD system just behind the GT-R.
Unfortunately this car is pretty expensive, but the price is so hight not beceause of the cost of new components but beceause of possibly reability issues which on guaranted car must be fixed.

So the best possibly way is to get used EvoX and tune it to about 400 which is not a big deal for stock car.

I use to have a large garage with a hardwood floor and the evo made the most god awful noise of screeching basketball shoes when making slow turns on that surface for some reason. I suppose it was just the AWD system. Only time I ever heard anything similar was when I had a 4X4 with the diff locked on the same surface.

I imagine on pavement rather than hearing a screech it just eats rubber.

@monkeypop shredding tires can be expensive. Of course some people are good at shredding tires no matter what car they drive. I seem to have worn out my lightweight Spyder's tires in only 9k miles. They were expensive Bridgestone RE-040s as well. Who knows how quickly I could wipe out a set of tires in an EVO! Could be expensive to run one of these.

Would be a damned shame, I love Evos and STIs, But i thought they lost a bit of there rallyness in 2008, Not really the same, Nontheless it would be sad to see the Evo go. Theres a huge market and following for them here, And around the world, I dont see why they would scrap it. If they did, Mitsubishi would lose a Great deal of my respect. Not many, If any cars today are actually affordable with such Rallye pedigree at such a low price exist, Maybe the Audi S1, But thats about it.

Uhh, 440 hp out of a 4 cylinder 2 liter is kinda impressive for a production car as well. I know from research that a 1ZZ 1.8 liter Toyota Spyder is okay with stock internals to produce about 300 hp with an intercooled Turbo at circa 10 psi, but to ask more would require extensive beefing up. So to have a factory warranteed 4 cylinder 2 liter with 440 hp is very impressive. Mitsubishi should be given some accolades for that.

I agree it would be a shame to lose the Mitsu Evo line of AWD affordable performance cars. If they stop making them, then how can someone who can't afford a Nissan GT-R get some good AWD performance car to practice on before they can afford the GT-R? Okay, sure Subaru has another answer, but the Mitsubishi is engineered with less understeer much like the GT-R! I admit to a bias against the extra weight of AWD, but I am one of the minority. Most drivers can get better results out of a well engineered AWD Evo than a lighter mid-engined car with trickier handling. Just my thoughts. :)

Would be a DAMNED shame to end such a great line of performance cars, That people can ACTUALLY afford, ALL for this bullshite Hybridized get the most MPG people carrier, Techno advancement im better then you mentality, ALl green for the world bullshite, If you want to make those cars fin, But dont bastardize the ONLY good or interesting car you have. Would be a damned shame if the STI was all alone..

There will be no EVO XI propably. Mitsu end the history of EVO on the X series.
This is sad news beceause it car with one of the best AWD traction in history, only the GT-R was able to match it.

EVO was absolutly great at few things, and weak at others. This 2.0 engine was not enough for this car for years now. And there was no 6 speed gearbox long time, that acn handle the torque.

It could be one of the best selling car if they would fix those problems with gearbox, interior quality, and engine. It begs for 6cylinder motor. But its already too late.

Mitsubishi want to change its image and want to make hybrids and electric cars, if EVO XI will show up, it will be hybrid, but i can not see Mitsu spend money on development of new EVO, beceause there is new Honda NSX on the way which basicly will be AWD sports hybrid. So this is tough taks for them, and the easy way is to resign.
The alternative is to take old 300 hp EVO X add hybrid stuff to it, and sell it as EVO XI, which is stupid, beceause it would be worse decision than giving it Twin turbo V6 with good DCT.

As to this verson, tuners offered 400+ hp Evos for years, the problem is reliability and pretty small gas tank.

That bhp from a 4cylinder has been surpassed for years, Not in FULL production trim, But has been around on cars, Aeon GT3, 440Bhp 1.8L InLine-4, Caroline GTR 510Bhp 2.0L InLine-4.

But i think its stupid for Mitsubishi to do this, Thes FQs have an enormous amount of Turbo lag, And there tyres get replaced much much sooner then even a grippy tire car. Not to mention its almost double the price of a normal Evo, And there only making 50, And only sold here, Stupid.

But like mental said, They need a damned Evo XI, Not another X edition. This cars been out since what 2007? When most Evos didnt go past 4 years.

As the name suggests the modified 2.0 liter engine with HKS turbo pack and other goodies now outputs 40 horses and 35 Nm more. The power is sent via auto gearbox to all the wheels.

So basically nothing new at all, just a slight power bump. But I can imagine this thing doing 0-100 in 3.6 sec, cause the traction of this thing is superb! It just needs a new bigger engine...

FQ-440 is created to celebrate 40 years anniversary in the UK. Obviously, the production is limited to 40 units and you can one only in the UK market for.. £50,000... You have to be die-hard Evo fan to afford one for THAT price. Otherwise, there are simply better alternatives on the market for that price!

..When will Mitsubishi be working on the EvoXI already?... They need the REvolution of Evolution already, so they could stay competitive worldwide.

it does look badass.