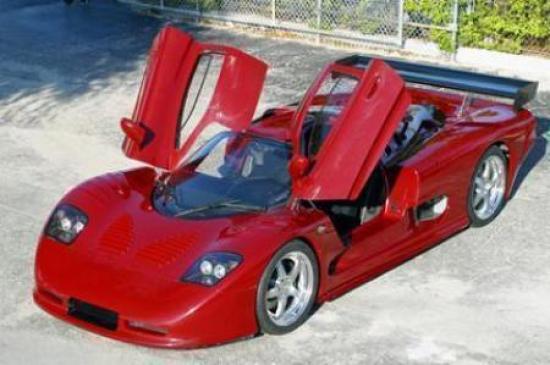 There never was, officialy, a 550hp MT900S, but that was the only one tested of the versions with the LS7, appearing on Car and Driver and Sportauto.
There were also some test of the original 350hp preproduction version on America, and two of the 435hp version, and that's it.

PS: There have been only 2 photons build, albeit, saying that there were lots of versions of it kind of represents how the MT900 rolls, 6 different official versions (Photon is a package) and most of them have been produced only once.

Because the car tested was a version with 550 hp. There're thousands of versions of the MT 900S and Photon, but not all the versions are in the site.

how did this car beat a ACR but lose to a Gallardo and M400?? wierd

i wanted to add the "joss" supercar, but i didnt know if it was aloud on this site. i dont want to get banned.

because it was a lighter and more powerful version

How did this car beat the ACR at Virginia but did so-so at Bedford????

i'm sure that it isn't, but i don't know which one it is, so i would research , and then i'll comment

No it is this version, its just ben fitted with a better engine.

No Mosler is US with production in German.

The Mosler GT-R is build in Germany together with KW suspensions, BBS, mov´it brakes, Work, Dunlop, Shrot, Getrag, etc. The GT-R is the most powerfull version of the Mosler

The Nordschleife laptime was deleted because of no direct reference link.

Georg: Sorry, but this time will be deleted. Please provide me a direct link or I will delete it. I have no choise.

If this is a reference (http://www.dailysportscar.com) then anything can be a reference. It is sad that we will end up with a huge collection of times with no credibility.

that was the source named at the time...you find the Mosler MT900 time with that source in US Z06 Forums.

To user who added lap time: Please copy and paste here a direct link to page where lap time comes from. Otherwise it will be deleted.

The reference for the Nordschleife time is NOT a reference.

Mosler... hmmm For me this word asocciates with FIA GT championship. Are they still participating there?

McChicken 765lt with a mcflurry 1h

No matter how fast your 765lt is a quater mile you'll only achieve these ...

Is this supposed to impress anyone or was it a lucky run ? Still ...

This is like a comparison between the Dodge Durango SRT 392 and the Ford ...

AWD Nismo 400R vs RWD Callaway most likely spinning the wheels would explain the ...

@fastestlaps, can you change the picture to this one?