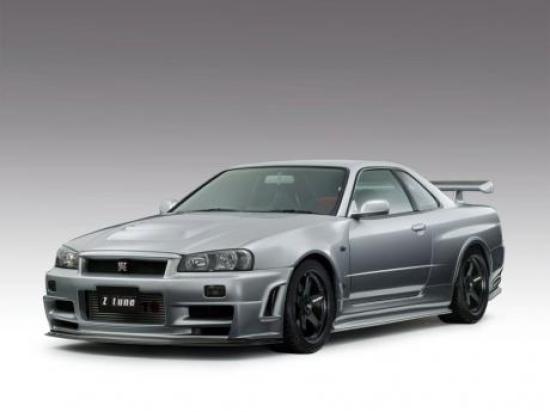 By the way, Nissan NEVER claimed a 400m time on this thing contrary to rumors. 10.06 seconds is a fantasy dream created by soyboys on YouTube. I can't even find that time anywhere on Nismo's website.

This is not a Production car, this is a Recycled used car turned into a GT500 Race car without a roll cage. First of all when Nismo build this car the GTR was no longer on production, they buy it used with less than 30k km and tuned, it Doesnt have the RB26, it has a Z2 Derived from the Lemans/GT500 it has more than 500hp, Sachs made a specific racing suspension for this car, carbon fiber axle, Rays LM lightweight wheels, and a aerodinamic Carbon Fiber kit. Basically a Lemans/GT500 with no roll cage, just a crazy thing like the Renault Espace F1 or the BMW X5 V12.

since nismo is a fairly large well known name - you can consider it to be in the same class as say brabus or hennessey, they only made 19 at the time as far as i know. but if you have the money and an r34 im sure nissan/nismo would transform it for you, i know of countless cars that never even made 100 cars but are still considered a prod. car by car specialists / magazines. i could be wrong about them making more if you have an r34 and the cash....but my point is that this is considered a production car. still, an incredible car....even faster on some tracks than the r35 nismo

If it had one it would be posted.

Does anybody know the Nurburgring lap time?

Chassis #1 for sale in Australia for over half a million dollars!

I think it's worth the money. It's the most badass GT-R ever.

this is an actual production, believe it or not they placed this car on the market at a price of 17million yen! Thats roughly £120,000(british pounds). But all 19 examples were bought straight away by nismo and nissan executives. The car weighs exactly the same as a stock r34 due to them using dry carbon on the exterior kit and fenders. It does 0-60mph(0-100kph) in 3.8 secs and can just pass 200MPH! It has 510hp not 493. It couldve produced 630hp through the engine but it would not have passed emission regulations

how many in turning radius of this car

this car in exterior most beastly, and beastly performance, so i love this car so much, and we love you so much, im your fans of this car,

wow, its great car such as lamborghini & ferarri

its amazing car, ilike it, this horsepower car such as supercar

Well, by old wrc standards (I'm citing for examples, I don't know how JGTC judges a production car), the MODEL (meaning exact designation, on this that would be nismo GT-R z-tune) of the car built (not the platform as in just r34) would qualify as a production car when a manufacturer builds at least 200 examples... This car only has 19 so therefore it is not a production car (as much as I like it)though it still qualifies as a vehicle made by the manufacturer because nissan licensed nismo to do the honours. But then again its confusing because nissan bought them used (around 18000kms, no joke) F***ing amazing car though...

How can a car built and tuned by Nissan not be a production car, when it was entirely based on a full production car?
So what if the donor cars were 2.hand, they didn't have 20,000 miles on the clocks when they were sold, they had 0 miles and full warranty.

Some of the greatest cars ever built are hand built and for a very good reason.

Your basically saying that because the car has been used then re-built and re-branded by Nissan/Nismo that no longer makes it a production car? There's two sides of a coin to this. How can it be a production car when they no longer have the production line for the R34 but then again weren't the R34's they used made on a production line. I fail to see that how a car is made should determine if it's times are included or not that's like me saying a hand built car is not allowed to be timed because it didn't role off a prodution line.

AMG have sold cars based on previous models of Mercadies only difference being they sold them as new cars because production had not ceased on those models. I bet Nissan and Nismo would have done exactly the same if they had the idea before the car production ceased in 2002 all Nismo did is experiment, build then re-brand a new model of car off one that was already built and sold on the market because they had no way of building a new R34 GTR unless they setup a complete new factory and start producing again (cost!). Personally I fail to see the difference here apart from the fact that the cars had been used before being completed.

I love my R34 GTR but it's not super fast, it's just sexy and fun. They were made for mods but I prefer mine stock.

@stephen in my eyes it is not... but I don´t care... AMG has never sold a production car based on second hand car! I know that Nismo is a inhouse tuner ...
But every Z-Tune has left orginal the Nissan factory as a normal Nissan Skyline R34 GT-R, were it was used by private owners, then it was bought back by Nismo from private owners and were modified by Nismo to Z-Tune standart and resold

I love how it got walked by a base gallardo at Sugo too...
LOL, some unbeatable car.

I just watched this on an old Best Motoring vid and it was actually slower than the C6Z on the back straight on Tsukuba. Not too surprising if you think about it...
Oh yeah, and the Z-tune only managed a 1'06'71, but I'm sure those times posted are accurate...
Here's the vid:http://www.dailymotion.com/video/x3741h_best-motoring-battle_auto

"Nissan has the best engineers."

Ha, get over yourself kid. Quit nutswinging and look at some racing history to see that you're completely off.

?? WHy does this site have the smartest people on the planet. I wasn't even making an in depth comparison to the R35. Where exactly did i demean the R35? I was addressing "questions" (basic 101 BS) in this thread. Or are you just trying to distract away from the points i just made?

And the R34 and even R32 are still faster than the R35, and i think that includes the ztune in general as well. It'll definitely never come close to the ztunes drag times. And the ztune is nowhere near the fastest R34.

2nd, it's double its price because it's a collectible; an official statement of what the R34 (R32-R34 really) actually are, whether morans in the stupid ****in west like it or not. You can turn your car into Nismo and get it the full ztune package/kit for much less without getting one of the 17 actual ztunes ever made (AFAIR they never got a hold of enough R34s that were up to their mint standards to make the 20 they wanted). But gettin one of the factory-made-fresh ztunes of the very rare and few that were made will cost you.

3rd, i have no ****in idea why you mention Sugo (or anything, really). It's an older time (the ztune had an older time on tsukuba that was annihilated much worse than the Sugo by the GTR one as well), and I've not seen it, but i'm willing to bet that something is missing and its embellished. .5 seconds is big on tsukuba, and the ztune beat it by almost a second.

The "problem" with the R35 is that its untouchable for the most part, so far any tinkering with its drivetrain has not done a whole lot for it or even made it slower outside of drag. And of course theres no reason to focus on dragging a 3800lb AWD supercar, it's meant for circuit racing. But you're right, its a more current, interesting technological feat (or more like a slap in the face) in being a nearly _4000_lb AWD car with a simple V6 that kills cars that weight lighter with fancy pants v10s+, cost tons more including to manufacture, etc.

PS. the ****in picture of the black car was uploaded elsewhere where it was at the least better suited. It's not a ztune its an R34 GTR V-Spec II stock body, and the only single difference in body between the V-Spec II and a standard GTR is the hood has a NACA duct in it. So put it up on the regular R34 GTR page too since it belongs there more than here. 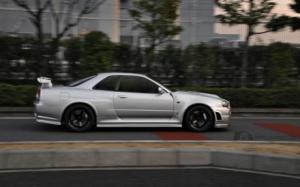 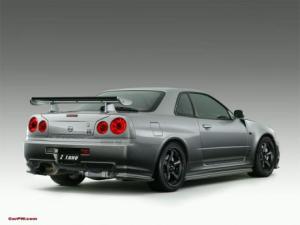 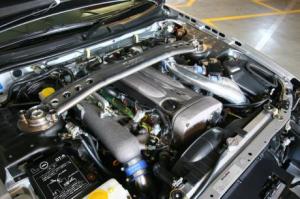 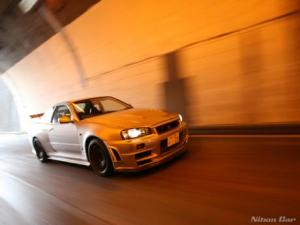 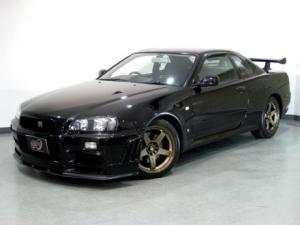