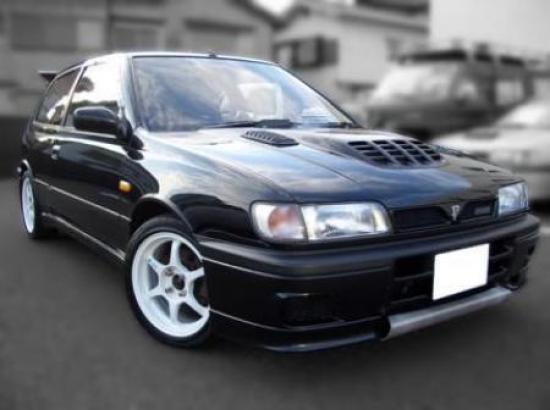 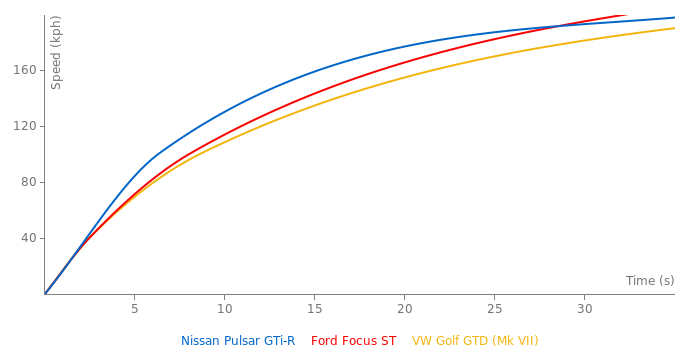 I have owned mine for more than 10years so we happily married with 486kw of kids at the wheels. It's street legal full trim daily driver that puts down 10.62 on the 1/4run. Very reliable and a great lil smirk eraser

seriously doubt that stock would do 0-100 in 5.4 and 1/4 mile in around 13 sec. Fast car for those times for sure mainly due to its low weight (as most cars in the 80s/90s) but again, someone was being too optimistic about the numbers.

one of the all time greats. A beautiful automobile.

@mk wow what a claim .... So what you are saying is that your integra which is slower on paper and in reality than a stock pulsar smoked off a BIG turbo pulsar ? Your integra must defy physics because a BIG turbo in our scene is a gt3071r good for 450bhp in moderate tune and even better still your integra being of the front wheel drive platform yet still weighs more than the 4wd drive pulsar ? That is some marty Mcfly kinda shizzle guessing your flux capacitor is turned up to the max ? You and the others like you are the reason Hondas have such a bad reputation the cars aren't bad in the slightest I should know as I had a dc5 integra but they are not the be all and end all of anything ! Did you wake up with your head in a bowl of cornflakes after that "race" I bet you did , didn't you !!!

A GTiR would need some work done to keep up with a evo 5 onwards. I race this chick every now and then to work. A burgundy gsr 'evo 2' shape. I think there 1.8ltr turbo. Has an exhaust ect. Very close from highway to city streets. Evo's are rally legends. Wish nissan put a bit more time and effort into the rally gtir. Subaru wrx took 3+ years to perfect and get podiums.

had my 94 GTiR for just over a year. Its stock with 'factory extra' nismo shocks and rear strut brace. Have removed air-con and relocated battery to the boot. I noticed a difference with the engine and handling. Only small changes but worth it. Next up is my D2 coil overs i havnt fitted yet. Not trippin over myself to up the power as these little street weapons are quick as standard as all fans of the n14 know but cant wait to get 3" from the turbo front mount and little more boost. With just those simple mods you can keep up with cars that are 3 or 4 times more expensive. Thats hilarious. They really are a rally car for the road.

@ Nagashimo. FYI. The Pulsar Gti-R can beat an Evo stock to stock on the straights, even though it's a bit underpowered. We have a tune shop mate that's why. :)

@ you all talk crap: u really talk bullshit man

Although its getting hard now to buy a a decent example they still represent excellent value for money in terms of both performance and potential. When i purchased my well used model it ran 0-60 in 5.6s and the 1/4 mile in 13.8s on 10 psi with the catalytic converter removed and aftermarket air filter.Next i upgraded the ecu to a Mines unit which was mapped to 1.3 bar and set the boost to 14 psi and ran 0-60 in 4.9s and 13.1s on the 1/4 mile.Then i increased the boost to 17 psi and the car ran 0-60 in 4.4s and 12.85 on the 1/4 mile.
Since then i have put on a new 3' exhaust and turbo manifold with 40mm external wastegate,Intercooler
,and cold air box. The car has now run 0-60 in 4.1s and 12.6s 1/4 mile. I cant wait to get some real engine work done when i have the engine rebuilt :)

Gtir's are Awesome cars. Way a head of technology at the time. These cars are totally underated and can run 5.6 sec on the 0 - 60 on 10psi. I managed to run a number off 4.2 sec 0 - 60 and 12.8 sec passes on 18psi boost with the stock engine and turbo.
I was lucky to receive it with a tuned Mines motherboard in the ecu.Some GTIR's got them got them factory. I managed 153.3Mph on 15" rims.
These cars are dirt cheap in New Zealand though good examples are probably getting scarce. They start to sell for about $3000 USD up.

anonymous1 is a pussy flame trol  14y ago

The Pulsar has street cred and muscle. This car is about putting some power in a car a working man can afford, and make it faster over time if he cares to.

That's a part of what cars are all about. It isn't just fancy rides.

I wonder how much more tuning a Veyron can handle.

"You can tune a chevy cavalier to 500hp and its still a cavalier. Take you pulsar and drive beside a lambo and see who gets all the looks. The lambo , including you looking at it and your girlfreind. "

What are you doing at www.fastestlaps.com if the look of the car is most important to you?
Showcars are for puss***

dude any tuned car can be built to be faster than ANY ca in any actegory, so you shouldnt be braggin how fast yur car is.

and you are supporting your ideas in costs? that is stupid as shit because anyone can take a little garbage car and tune it to the max and still have some cars like lamborghini ferrari and even porsche showing their back lights. tuned ferrari just smokes even the faster car in the planet like saleen s7 or veyron, so shut up!

its freaking boring to see people saying stupid quotes like my FIAT Panda is faster than a Porsche or Ferrari or even Lamborghini... but from what factory? anyway we tune the ferraris porsches lamborghinis engines and the sky is the limit, for you little crap car, the road is the limit. stop boring good people Troy!

You can tune a chevy cavalier to 500hp and its still a cavalier. Take you pulsar and drive beside a lambo and see who gets all the looks. The lambo , including you looking at it and your girlfreind.

The Pulsar will give most cars a run for their money. The amount of times I've smoked Posche 911 turbos, Ferrari's and Lambo's is unbelieveable especially the look on their Mr's faces! Mine is 610bhp, will be running it a Santa Pod real soon. Go Baby Godzilla go!

They offer in Japan fuel with more than 104ROZ/RON(thats the highest octan currently avaible in Europe E85), avaible at every gas station is 95-100ROZ/RON in Germany. The 100ROZ/RON V-power and Aral Ultimate is race fuel(F1 use 102ROZ/RON fuel and is 98% indentical with V-Power Ultimate sold in Germany).

In most cases japanese manufactures reduce engine power in europe because of the Autobahn and possible long distance topspeed driving by their customers. Many versions of the EVO and WRX STI for example were only sold with 265hp in order to make the engines long distance full throttle resitant, other problem was to match harder europen emission limits, the reason why they took the RX-7 from the market in Continental Europe in 1996 long befor it was phased out in Japan.

Some call it baby godzilla, although its been quite sometime, but its still a great competitor to rival today's hot hatch.

I think it will be great if someone can actually make a video and bring up this pocket rocket againts todays imprezza or evo, just like TOP GEAR, FIFTH GEAR, HOT VERSION and MOTORING.