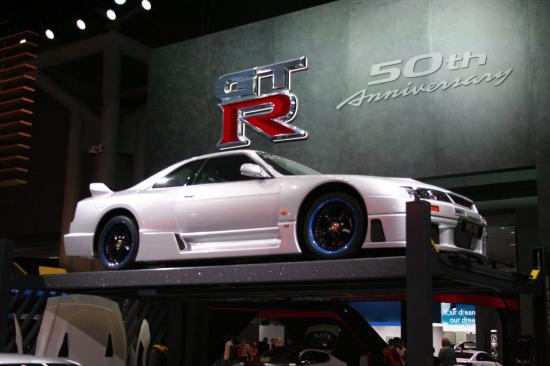 When FIA regulations rendered prototypes unraceable, Nissan began developing a new race car based on their Skyline GT-R. The race car had an inline six producing around 400hp. However, in order to homologate their racer for Group N, one road car had to be built. This was the one-off Nissan Skyline GT-R LM shown here. The LM road car became RWD, and benefited from a more aggressive body kit. In the road car, the engine was returned to 300hp. The car is usually kept in Nissan's Zama DNA Garage, but it was brought out for the 50th anniversary of the GT-R.

Hello, Fastest Laps and Hoppelmoppel123. I see Autocar has definitely tested the 2021 Volkswagen ...

Remember to post this again tommarrow because it will be deleted ...

Oh you weren't online when the timeline was at 4 months ...

Hahaha, the timeline looks funny. Imagine if everyone was inactive for a week :D ...

My mistake meant to post this in Mk8 section!

Do not add any data. All data will be lost when I restore latest ...

Obviously the fairest way of comparing acceleration is to test the cars side by ...