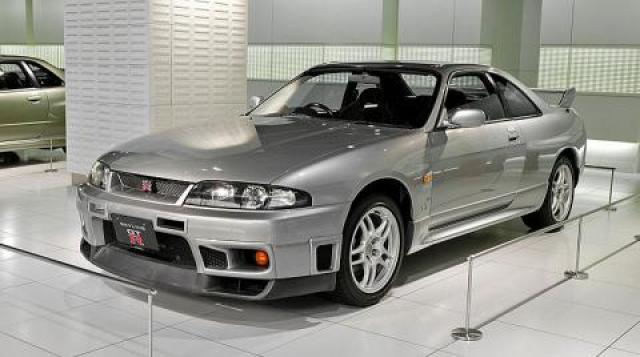 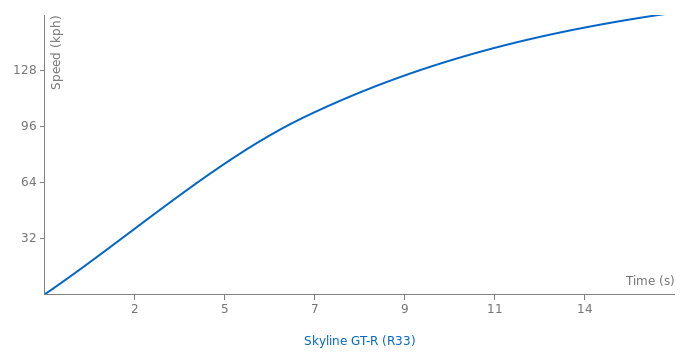 Japanese had weird obsession with placing artificial limits on car performance - no more than 280 horsepower, no faster than 180 kph.

You could argue that power limitation actually contributed to some innovation and creativity - engineers focused more on chassis and handling dynamics, and engines were developed for fuller, "richer" torque curve within the silly 280 hp limit, also to do all that with less cubic capacity to fit within lower tax brackets.

It helped make the cars better without adding any power, It got annoying but at the same time was great.

Highways there you cant go past 62mph on any of them, The only real place you can is a circuit, Back when that 270bhp(276bhp) was in effect it wasnt an agreement it was a law at a certsin point, Then they started to water it down to just an agreement, Now its not in effect at all, But im pretty sure it it applys only to advertised manufactured numbers, Not real crank power, There was no limit on torque though, And most non or less hugh performance cars made those numbers, unlike an Nsx or R33, Me n my wife go every summer to visit her family since there so far, And ive never seen a highway post faster then 100kmh before.

While it was silly and robbed Japanese cars from showing off their full potential versus European cars, I think it made for great stock car racing - the classic Best Motoring. It was like a racing series with the only regulation being 280 PS. EVOs, WRXes, RX7ens, NSXes, Supras etc. all were competitive against each other, and even if some were inherently faster with the same 280 PS, there were slightly souped up versions with suspension improvements, weight reduction, gearing, brakes etc. which leveled the field.

It also encouraged creativity and perfection in all the other aspects of car's performance, other than power.

Later it become too glaringly obvious that 280 PS cars no matter how focused on track they may be, can't keep up with Euro stuff with 400+ PS. And since 90s there have been great strides in engine design and manufacturing, which would widen the gap even more, and the "gentleman's agreement" was abandoned.

There is still a gentleman's agreement of sorts between German car manufacturers to limit the top speed to 250 kph. This is partly just a cost cutting measure, because it gets very expensive to mass produce cars that can be safe above that speed. Just the tyres become expensive.

The 8:01 lap time in nordschleife belongs to the R33 V-spec not the standard R33. The full lap is watchable on Best Motoring R33 Special. It's clearly stated it's the V-spec at the end. Also, why is there no R33 V-spec page in fastest laps? There's only this made up V-spec II with wrong stats.

Gtr33 faster than gtr34 at ring

..I was actually referring to the test that fordfocus linked....sooo....yeah...

300 bhp car from the mid 90's that lapped ring in under 8 minutes (also being the first ever production car to do it) and you say terrible times?

Not sure if serious.

Terrible times for the 33, But then again it want the top of the line V-Spec, Still a great car even today, I even considered getting one before i got my 34, But the 34 is more my type, Plus it looks and drives way better, You can get 33s for a good price over here.

Ode to a Skyline: We test Nissan's wildest carâ€[quote]the Skyline GT-R V-Specâ€[quote]on its home turf, and get wing clipped, too.

0 - 100miles for this flying turd is under 5s beat that corvette!

If you want to buy real estate, you would have to get the home loans. Furthermore, my mother commonly utilizes a bank loan, which supposes to be the most fast.

As if you can verify the car (s) aren\'t modified.

@wads they will never learn it...

Change that 5.5 second 0-60mph please... wanna know why those times wrong? Those were American and British magazines which means those cars were ALL used and possibly could have lost horses; plus many of the smarter automotive journalists cite their driving is not the best (i.e. Jeremy Clarkson) and to use a racecar driver instead (Though this shouldn't be hard at all...).

man I love this car

go to unique media, scroll to bottonm and read the magazine. Its from Unique Cars, a respected mag here in Australia. Gives weight...and 0-100km time. Please stop this stupid keyboard war and fix this.

Wads, with all due respect if you could go through these sites and links we have posted and please ammend. I'm sure the purpose of this site was not to create keyboard wars but to share knowledge and passion we have about cars. Georg, unless you get rid of the attitude, your arrogant posts are not required here..find some place else. Go check out your audi's. You dont belong here mate.

I am no fan of japcrap but if its incorrect then its gotta be corrected. If the car is capable of 0-30mph in 1.9 seconds, your saying it takes half a second to do 2mph? Mate, you clearly have no logic. Nor do you understand physics, and pardon the pun but you are a really arrogant 'prick'. It might have been the slowest to the 0-100 km/h out of the the R32-34 GTR's but it was easily one of the best around a track.

come up with real test numbers by car magazines not with internet claims were everyone can claim everything... and don´t claim my freinds car can do this and that..no one cares..

As posted by Georg himself..0-60 in 5 secs...it does not take half a second for it to do another 2 miles you fool. And its practically the same as the Vspec? if not faster

a real road test by a car magazine and oh wonder claiming the same 1601kg weight that best motoring claimed ....

Thats great proof. Any GTR that does the quarter in less than 13.7 has a 0-62 time of under 5 seconds. Any one who owns a GTR knows that. Why...cause 13.7 for the 0-400m was widely accepted when it was released with the boost restrictor on. Launch it harder and the car does not bog down, giving you an even quicker take off. Its a sick car

no 0-100km/h time no adding to the data..btw... here we have already better time for 1/4mile and nearly the same time 0-100mph so the 0-100km/h time sounds correct.. and stays...the weight is a japanese best motoring claim from one of their videos not from the fantasy numbers of a fanboy side..

I have no clue...some newer some older. the air con in mine was kinda ...

it's only purpose is to enter a war zone and end up getting blown ...

Did you count the number of different speeds? That takes work on its own! ...

ohhh okay too easy then

I'm very uncomfortable with this page. This page's accerelation times are false. I saw ...