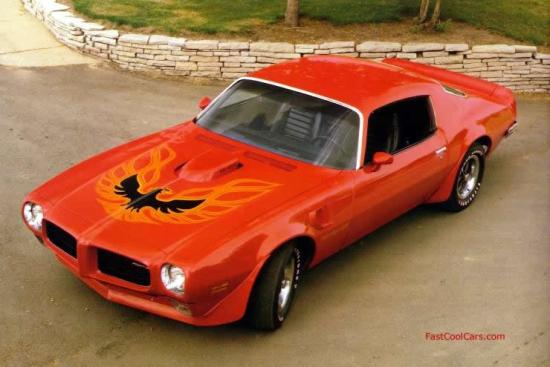 When a stock SD from the factory with just a tune open headers and slicks and gears you got a 12-second car.
Haters will hate.
Even detuned this was a true muscle car monster.
There slept one by the government if you look at the horsepower rating it's at 4000 RPMs most of you are smart enough to figure that one out

Acceleration number are totally bogus. This website has ZERO credibility.

Delete the ¼mile time, it was accomplished on a prepped dragstrip with rollout

Ilove only 1971 chevy LT1 350 the best and fastest in america in original and stock class.

@Bijan. Thanks for your comment. Just to add, my SD is a radio delete with blockout plate and does not have the chicken on the hood (I never liked those). Life is too short not to have an SD. So few people will ever even see one in their lifetime let alone own or drive one. A comment I saw that you made previously is incorrect. The 73/74 SD engines were 100% identical. There was no difference in net horsepower. The cams were the same as was everything else in the engines. The reason you see 310HP posted for the 73 and 290 for the 74 is simply that it all the specs and literature went to print from Pontiac before the EPA mandated the cam change which brought the net HP to 290. Pontiac just left the print as it was at the original 310 number. So, the 73 also has 290HP stock. About learning the acceleration you spoke of, I did own a 74 Formula 400 brand new. It was a 2bbl car. Pretty but slow. Of course as a kid I did end up hot rodding it pretty extensively (never touched the bottom end) to where it would run in the 12's. You were able to quite well getting your legs under you in that 1970 Ram Air III car.

to finish from the post below..walked into the local Pontiac dealer and have ordered a 74 SD. Actually receiving one is another topic. Only 2 things stopped me. One, I didn't have the money and two, I would have destroyed it as a 16 year old kid. To chime in about the Ram Air V, to the best of my knowledge, Pontiac never sold any of these to the public. Pontiac shut it down however it has been said that around 200 Ram Air V engines were sold from the dealers as crate engines. Other parts were rumored to have been sold over the counter at some Pontiac dealers. For the 73/74 SD's, according to the SD registry, there are about 250 74 SD's listed in various conditions and a similar number of 73's. Pontiac's RULE.

I am the proud owner of a 74 SD 455TA. VIN #129978. It is 1 of 1 in the SD registry with white and white standard interior with Turbo 400. It is #'s matching with 22K original miles. It was important for me to own one that did not have A/C. The A/C was heavy, never worked all that well in those cars and you were not able to order it with the 3.42 gear ratio which did nothing but sacrifice performance. The engine has been re-done to specifications primarily the way Pontiac engineers envisioned it before the EPA clamped down on them and they had to tone it down. The cam is a Nunzi Ram Air IV style 470 lift and the carb has been rejetted to provide a more optimal air/fuel mixture. Naturally the EGR valve was rendered inoperative. Compression was left pretty much as is and stands at around 8.75. The only other modification has been the addition of a 2400 RPM stall speed. I do have a performance meter and have tested it on the street. Trap speeds come in around 115MPH at 5700RPM shift points. These engines are too rare to attempt to disintegrate at higher RPM's. The engine develops so much power that representative 1/4 times on street tires are impossible to obtain as you burn rubber all the way through about 1/2 of second gear while having a hard time keeping the car straight. With slicks low 12's would be the target. Should long tube headers be added along with a taller gear ratio of 3.90 or 4.10, the 11's should be doable. To think that when I was 16 I could have walked into

Something that i don't understand is why Chevy underrated Camaro ZL1 into 376 net Hp while all 3 Corvette ZL1 is overpowered into almost 500 Hp net @ 6000 rpm? Camaro underrated but Corvette no..... That's really disturbing.

@ Bijan: Pontiac had very brilliant engine in 69 to 70's. RA V make the 69 GTO run into 183 mph without even change it into long ratio. I believe it can make GTO reach 190-195 mph if fitted with long ratio 4 speed if the aero allow it. It completely outrun Corvette cuz it need tuned engine like ZL1 to run at that speed.

I guess you can compare it with RA IV engine. It might be had almost identical stats just like this one or maybe 455 SD is faster than RA IV

@Bijan I completely agree. The SuperDuty was the fastest car built in the U.S. between 1973 and 1989. No question about it. Performance was in decline starting with the lowering of compression ratios, and the installation of early smog equipment around 1971. It was amazing when out of nowhere this super duty engine came in 1973. A full 310 net horsepower is quite a bit more than most of the 400 plus gross rated engines from the late sixties. Even the monster 425 hp (gross) 1971 LS6 454 engine was really only 325 hp net. Two years later in 1973 the only Chevy 454 was the LS4 with 275 hp net. If I remember correctly.

All told, 1973 was a very good Trans Am year. You had the best production engine, the best styled, and the best sales to date. Perhaps it was because Trans Am was now the only game in town. Cuda's and Challenger's were cut down to mere a 240 horsepower 360 V8 as their weapon. Mustang, got big, heavy, and sluggish, with the 4-barrel 248-hp 351 engine as the top offering. As for T/A's little sister, the Z28, the 245hp detuned Corvette 350 V8 was as good as it got, and also the 275 hp LS-4 Corvette .

The 1973 T/A proved that when the engineers run the asylum, excellence and creativity can prevail. But in the early seventies, performance was a bad word, and tough time were ahead for the mighty bird.

The name Super Duty brings back memories of the famed lightweight Catalina drag cars of the early sixties. Armed with beefy horsepower producing engine internals and lightweight aluminum body parts, the Super Duty's were race cars with lights and license tags. When Pontiac decided to turn loose a modern version of a race car motor for the street, tagging the engine with the Super Duty moniker was a natural. As smog motors go, until the advent of the wonderful computer controlled engines we enjoy today, this was one of the most powerful engines produced. Sure Chevrolet put L88's & ZL1's in Corvettes, Chrysler did some "Street Hemi's" and Ford built the 427 side oiler and OHC 429's; but these engines were spawned in a different era. The concept of "Win on Sunday and Sell on Monday" was all but dead. Pontiac engineers kept the faith. The Super Duty was an engine that for all intents and purposes, should never had seen the light of day, but on March 15, 1973, permission was given to release the engine into production cars. The purpose built cylinder heads, engine block, wildly aggressive camshaft profile, and power figures of 310 net horsepower at 4000 rpm and 395 lb/ft of torque at 3600 rpm certainly did not fit the moods of the times.