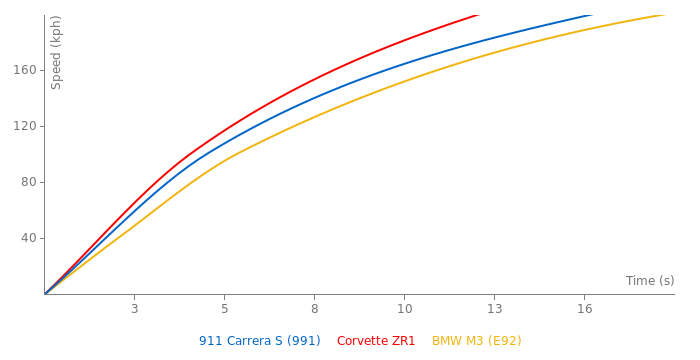 and if they stick to rwd they start drifting lololololol

Action video from the Nûrburgring,
991 Carrera. Hope you like it! Took a lot of time to make/shoot.

Does 7:37 nord records include carrera s powerkit? or normal?

Ferrari migth be first, but its more track oriented and it is expensive so im not so sure.
I think it will be tough competition with new 991 GT3 and GT-R Nismo.

But i would not be suprised if they would chose just the 911 Turbo, as its everyday supercar.
Yea, shitty.

A driver's car should have good handling, good balance, good engine, fun to drive and challenge you at the limit

We also have their preferences to take into account, for example: Randys description for the LFA was accurate ("keeps you on your toes"), but it's not his preference if we compare it to what chris Harris said ( who has raced GT3 at le mans)

And don't get me started on Lieberman lack of driving skills and how much influence he has (i've heard he's the chief editor, but cannot confirm it yet)

If we going deep in the subject of "drivers cars" we discover that each car is diffrent and migh fit to preferences of particular driver.

For example, for pro driver Randy pobst that drove all those cars the winners was:
1-R8V10 plus
And reasons was: balanced mid engined car, great garbox and engine
2-Cayman
"Race feel"

And I trust him more than those "journalists"

The whole formula now is:
The best handling car for average Joe that like cars in general and passionat them more or less.
So extreme cars will be eliminaded as they simply do not fit to the formula.
Its about safe car, fun to drive, pretty fast, not too rude, easy to controll at the limit.

It is basicly what fit to 911
So that MT "best drivers car" is more about, we looking for a car that is the closest to 911, and the winner is 911. No suprise there.
And other places take cars that are close to 911 - that mean Cayman or Stingray.

Cars like Ferrari Speciale are propably too radical for them. Its too track oriented and they will say that the base 458 is better to chose.

Best Driver's car is such a weird thing to pin down. It's nearly impossible to come up with one universal answer.

There are those with years of track experience under their belt who have never been in a RWD Porsche. They might go half way around Road Atlanta in a GT3, for the first time, and literally scare the crap out of themselves on turn 3 and 4. Especially if they don't take special care. A GT3 is not the kind of car that you can easily throw around a corner.

Though, there are others who consider the GT3 to be pure driving nirvana.

I imagine the best contenders are going to be the: 911 4S; Stingray; and Cayman. The 4s will more than likely win it.

Porsche seems to have the feedback dialed in a little better than the Stingray, and most people find more comfort in the slightly less powerful car with AWD.

They will say the GTR is a little too big and numb, that the Viper and GT3 are scary at the limit, and that every other car doesn't place for some silly niggle or another.

The only thing you can take away from these articles is performance figures and occasionally tid bits of semi-universal complaints. For example, I am in the market for a Z06. Probably the very first thing I will do (if I go to Road Atlanta this year) is change out the seats.

Lol BR2+, I hear ya...Probably the TurboS, because you know it won't be the Z/28 ;)
saxy, & Piorun I think "driver's car" is a fairly easy term to define. It's a car that provides everything a driver needs, but it's up to the driver to take full advantage of.
Every time you get stability or traction assistance from electronics it takes a little more drive out of driving. Same for for an auto transmission(even a good DCT)... The way MotorTrend picks their winner makes more sense under the old name for the competition; "Best Handling Car"

well to be honest, bad seats can totally hold you back from driving.

I think it's not really fair to assume cars with electronic aids to not be driver's cars. As long as the car behaves and is predictable, controllable at the limit it's fine. The whole bogus idea that unassisted cars are the way to go is like telling kids to never use calculators to do math, or having people memorize facts for social studies when realistically anyone can get the answers with a couple clicks on their phones.

Cars have changed. How many cars today have no computers? (0.01%?) I think as long as the computers aren't in your face taking the control away from the driver, it'll be fine to be judged as a "driver's car"

As BR2 said, there is NO REAL "the Drivers car" DEFINITION. So how they can pick up a Drivers car, if they even do not know what it is?
I call it bull shit then.

And the first edition of this "show" was even more bullshit. Guys were doing straight line speeds test and figures 8, lol. For real. And that was not so far ago.

But they do not even know what they are looking for. Propably for something that is easy to drive and predictable while still fun. So cars like Cayman are naturally designed for this role.

I remember they eliminated Corvette Z06 for bad seats in first edition. This is how good they are at this.

So what Automatic car with a ton of electronic aids is going to beat the Real drivers cars this year?..

But to be honest, Im excited to see what the cars will do, But i know what to expect, SInce there not actually looking for the best DRIVERS car rather then handling feel.

So Motor Trend is going to have their Best Drivers Car Experience again this year! I'm going to enter again, you guys should try as well!
Link: http://www.bestdriverscarexperience.com/?sm_id=social22389664 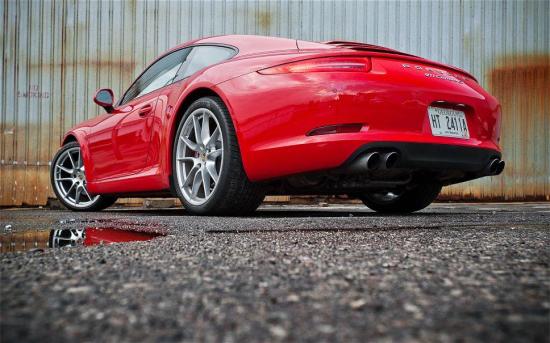 ..I was looking at that Contidrom laptime, And reading the comments, Does the Carrera S come with, Or have an option to come with Continental ForceContact Tyres? If those were the ones used? If it doesn't, the Laptime should be deleted, if not its all good.

This is my sixth 911.It is quite quick but I find myself driving the other Five more. The others are turbo s and GT3 and GT2.

@Hamcee
It was even faster, but modified. After they had tested some springs, the fastest time it was able to reach was 1:26.90, with Bilstein B16 Damptronic.

I underestimated this car so much...

I did not expect so fast lap times.

@ Viking: I've known a lot of middle aged people who were in excellent shape, My dad was one, He was in the Navy, and an avid runner, even when he was in his 40s, he was the fastest man on his ship. The 911 is like that, it's been around for a long time and shows no sign of slowing down. It's a popular misconception that you reach your peak at the age of 25 and after that start slowing down, not true, I'm over 25, almost 30 and in better shape than I was at 25, I haven't reached my physical peak yet, I can actually outrun most high school athletes, playing touch football or tag with my church youth group, I can catch them, there are a couple who give me a good run for my money, but they don't have my agility.

@Shaggy I am aging much like the Porsche 911, faster and stronger than ever. Not really over the hill yet. :)

Doubtless, 2013 is the year of anniversaries. Not just Aston Martin is celebrating this year its centenary, and Lamborghini its 50th jubilee, But there is also another anniversary - Porsche 911 is 50 years old!

For 50 years 911 came in 7 generations and became a milestone of the auto industry. And to mark this date, Porsche, as always conservative, unveiled a tribute to the first 901 - 991 50 Years Edition.

Basically it is just the same Carrera S. But still, that car is unique. You can see it on 9th and 10th picture at the right column. Seems even exteriorly the anniversary doesn't differ from the basic Carrera S. But some of the details tell where is the difference. Firstly, 50th model offers original 'Fuchs' inspired rim design. Then, the rear vents are made of chrome. And there few hints on the original 901 in the interior... Seems I counted everything... ah and, of course, '50' badges are everywhere.

All that makes this car a desirable collector's item. 1963 units are going to be produced. 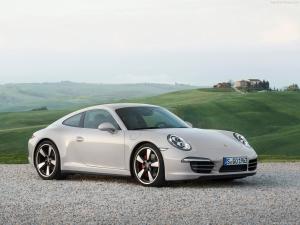 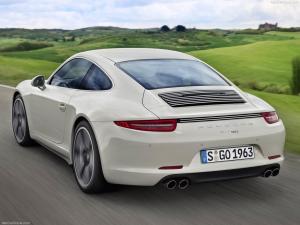 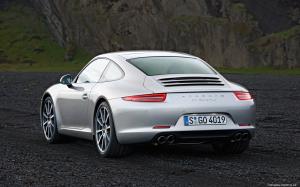 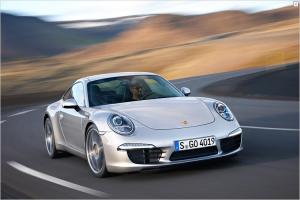 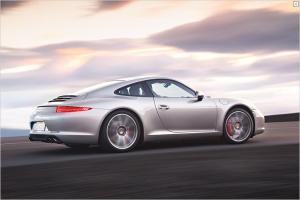 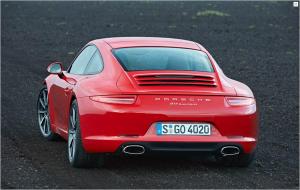 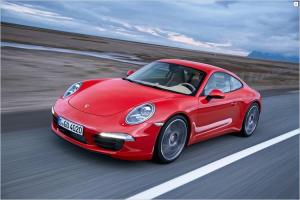 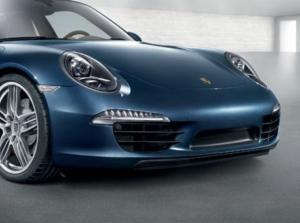 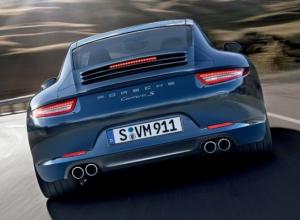 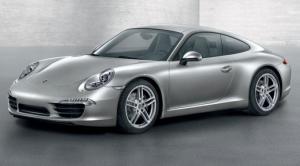