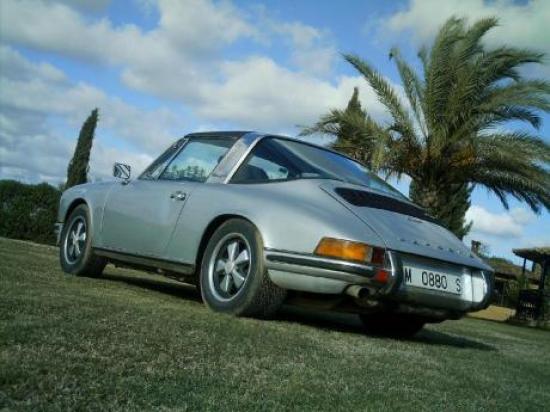 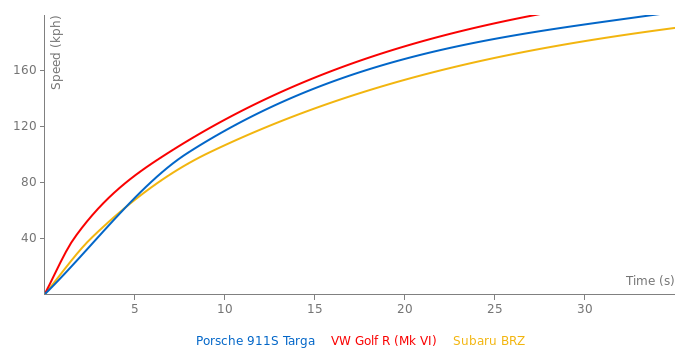 This car has the highest percentage of weight on the rear axle of all the Porsches on fastestlaps.

The production figures for my car showed 190PS (German version again) which is around 190hp. As you said in your last sentence, the oil reservoir is inside the engine bay, not outside, showing it's a '73.

I don't even think the car has fog lights. The white glass is for the reverse, red for braking/night lights and the orange for the turning signal. The small red light below those is actually a reflective plastic.

The tyre is one size above the wheel width. The wheel is 6in and the tyre is 6.5in (instead of 6in). The photograph (which I took in my house) is done from a very low position, giving an effect which makes the tyres look even wider.

Car shown has 1967 911S 7 inch wheels - the 6 inch couldn't carry that wide a tire. It also has the very rare rear fog light. This car has '70/'71 bumpers rather than the stock ugly mandated rubber ones.
The 1970/1 were both lighter not having the side impact bars, and some smog equip. It weighed 2150 lb and put out 200 gross hp.(180 SAE). It was recognized as faster than either the 1972/3 's'. It had the lightest production 911 chassie of any 911 in all steel. I owned one for 31 years and would only give away low speed performance to '72/'73 due to lower torque. Both series are great cars, and almost indistinguishable. '72 had oil filler cap on the outside of the right rear fender, idea dropped in the '73 and later cars.

Could somebody put one of the images as the principal on for this car?

Also, how can I edit the info about the car?

I've got a problem. When I tried to upload the pic I inserted a URL and it doesn't accept it. 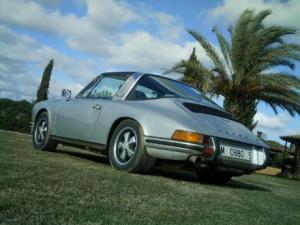 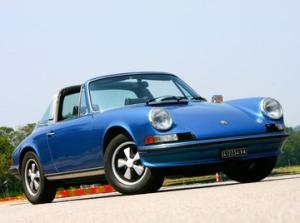 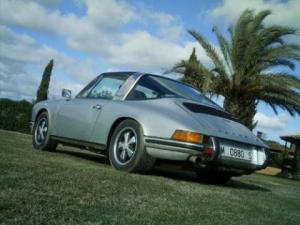 Yeah this lexus is ugly asf

Slower than previous gen U sure @dante