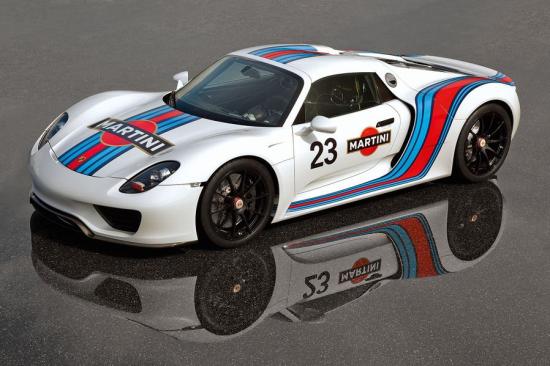 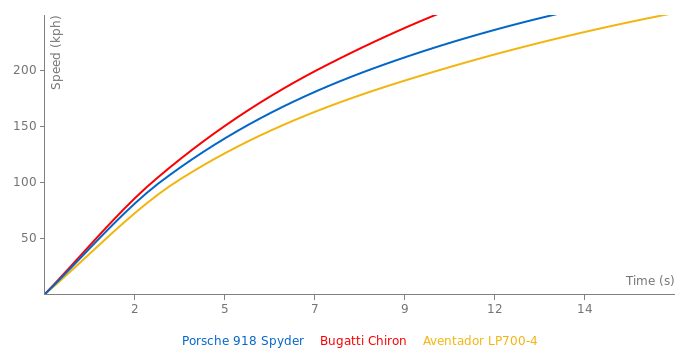 Quote>"Volkswagen AG abruptly ousted Herbert Diess, its chief executive officer and architect of the auto industry’s biggest electrification effort, after repeated clashes with labor unions chipped away at his support with key stakeholders.

Porsche boss Oliver Blume will succeed Diess within weeks, ending a four-year tenure in which his hard-nosed leadership style caused constant friction and undermined his effectiveness. Missteps on key projects including delays at VW’s software unit also contributed to the shake-up, people familiar with the matter said."

There's actually better data than this even! LOL! If I remember it was X10 races and he breached 170MPH every time and peaked at over 177MPH! but I need to confirm it first and share it! What an incredible machine! Show me a video of the other two Holy Trinity cars doing this?

So PORSCHE GANG it's been awhile! Here we are again! Porsche 918 for the next while!

Affluent people, professional racers don't choose 1 or the other? They BUY all THREE?

And unfortunately, he only crashed one?

Quote>"German car companies Audi and Porsche have decided to enter Formula 1, the boss of their parent group Volkswagen said on Monday.

VW chief executive Herbert Diess said discussions about F1 at board level had created divisions within the group.

He said Audi and Porsche bosses, whose brands are VW's biggest income generators, argued entering F1 would bring in more money than not doing so.

"You just run out of arguments [against it]," Diess said.

Speaking at an event in Wolfsburg, where VW is based, Diess added that Porsche's preparations were more concrete than Audi's, without specifying details.

Porsche is said by F1 insiders to be preparing an alliance with Red Bull.

Porsche would partner with the team's new engine division, which has been set up to design and build the drinks brand's own power-unit for the new engine regulations due in F1 in 2026, and the team would run as Red Bull-Porsche.

Audi will come in as a team and has been linked with buying out an existing entrant.

It is said to have had talks with McLaren, Sauber, Aston Martin and Williams.

The VW Group has toyed with the idea of entering F1 for decades, without ever formally committing.

It was included in discussions over the current engine rules when they were being discussed at the beginning of the last decade, but ultimately decided against entering.

Last year, then Porsche Motorsport vice-president Fritz Enzinger told BBC Sport the company was again considering an entry, as long as the new engine rules went in a way that suited it.

This is now the case. F1's new engine will run on fully sustainable fuels - a non-negotiable requirement for a VW Group entry - and will make electric power a greater proportion of the overall output of the engine than is currently the case.

Last month, the VW Board approved in principle the idea of Porsche and Audi entering F1, once the engine rules were confirmed.

F1 has not yet fully defined the engine regulations but the overall direction of travel is clear.

The architecture of the engine will be the same as now, a 1.6-litre V6 turbo hybrid.

The hybrid system itself will be simplified for 2026, with the removal of the complex MGU-H, which recovers and redeploys energy from the turbocharger.

The hybrid is planned to produce 50% of the total power output of the engine."

Absolutely stunning news! And any "haters", and everyone knows who~ can go absolutely FK themselves!😂

This USED to be a hypercar. Now by today's performance standards it's a MODERATE SUPERCAR. It's slightly slower than 720S and SF90.

The P1 and LaF, however, are hypercars to this day. In my theory, VW never wanted Porsche to beat McLaren or Ferrari in the hypercar game; they'd rather have Lamborghini play the McLaren game and Bugatti play the Ferrari game.

Is this a pre-production car? It seems to have 911 rear lights. 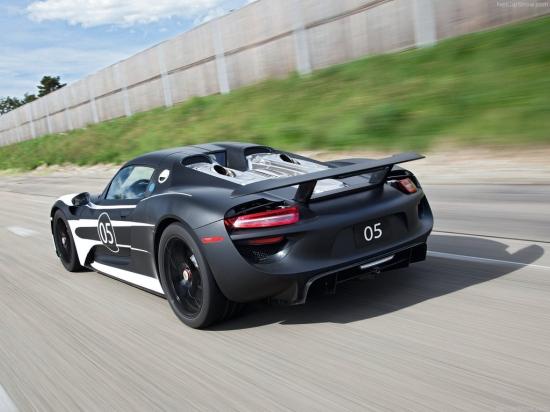 When the MIGHTY nation of Brazil tests ONE of the absolute GOAT production hypercars!

That standing 1KM time IS quick if not necessarily the quickest time ever. Not far off!

"Volkswagen in advanced talks over €20bn listing of Porsche brand."

Quote>"Volkswagen has taken the first step towards a €20bn initial public offering of its Porsche brand, in what would be one of Germany’s biggest listings in years.

The world’s second-largest carmaker by volume said it was in advanced talks with the investment vehicle of its controlling shareholder, the Porsche-Piëch family, over floating one of the automotive industry’s most historic names.

Under the current plan, VW would seek to raise at least €20bn through floating about a quarter of Porsche which it expects to be valued at between €80bn and €90bn, according to a person with direct knowledge of the matter. Half of the shares offered would have voting rights attached, they added, and a special dividend was also being considered."

So first Porsche get Bugatti from Volkswagen, rumours are rife of a float on the stock exchange and now perhaps themselves percentage wise? Porsche SE always owned Volkswagen AG, never the other way around.😯

When you think Sports car endurance there's ONLY one manufacturer really you think of, that's right?

Quite the list plus Aston Martin with the Valkyrie? It hasn't been like that in absolutely ages. Audi and Peugeot multiple time outright winners too? Japanese giants Honda?

It's shaping up to be a stellar year next season.

Quattroroute Porsche 918 test in ENGLISH with tonnes of metrics.

ANYBODY with ANY Lafferrari metrics in those ranges please link them below. I'm usually good at finding stuff but seems like nobody tested them!

This car has DEFINITELY done 19.1 seconds to 300km/h. It's listed on bloody Wikipedia! LOL.

Anyway the Germans came through for the Porsche 918.

I've been unable to validate either Ferrari or Mclaren manufacturer claims of 15 seconds or 16.5 seconds for the Italians and English cars. I mean ultimately it really doesn't matter. But for me INDIVIDUALLY if a manufacturer states X Y Z I'm like OK cool. But SHOW me proof.

It's going to be impossible to verify them. And yes I've tried. Of the Holy Trinity in seperate tests for acceleration and top speed Porsche excelled dominatly. In the sense of verifications.

My (current) pick of the three. Into hybrids more now over this last week studying. Got to thank the SF90 for turning in the times...

Update. The FRONT electric motors decouple at 146MPH. The REAR does not.

Porsche 918 "decouples" it's hybrid electric assistance at 165MPH. It becomes rear wheel drive and only has internal combustion power for propulsion. WTF?

Well I'm trying to look into the other two, but I don't believe it's going to be an issue for them.

Fourwheel drive! The Rimac can feel that Porsche heat! Not.

So I may as well (very slowly) start looking into more Porsche's as it seems they will be running Bugatti. But 0-200MPH in 30 seconds for the 918? WTF! Hahahahahaha! Anyway I know it's more of a track orientated car, but that's slow AF! I think a Mclaren 765LT once it's timed will trash it! :)

That's weird, i responded to aaayy's link and it's not visible? A glitch in the system? 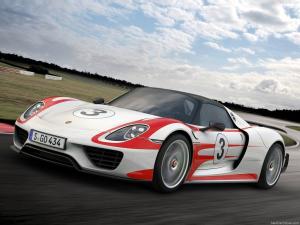 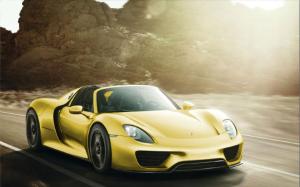 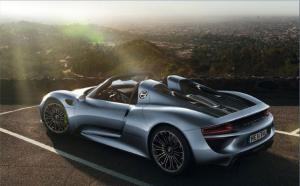 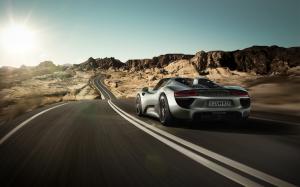 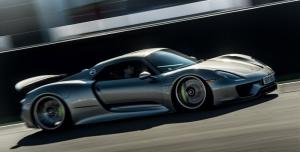 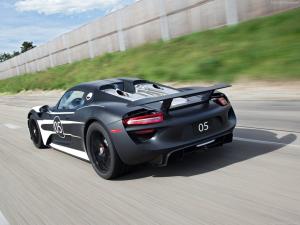 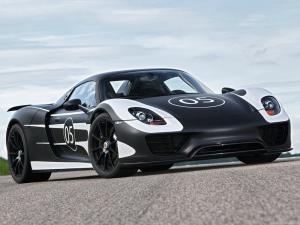 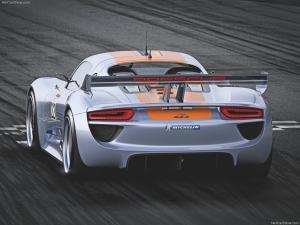