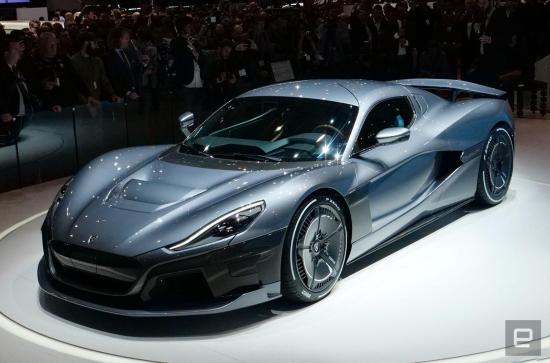 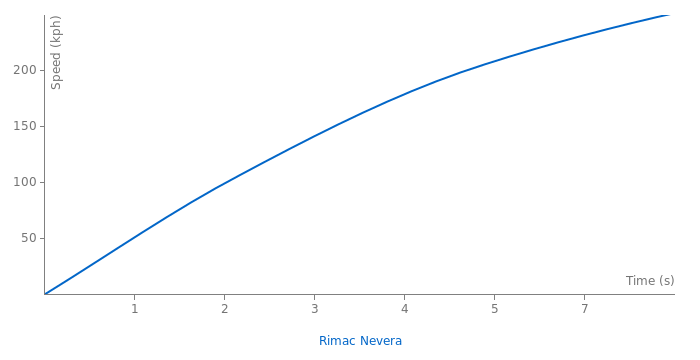 Koenigsegg One:1 vs Rimac Nevera

Quote>"Rimac Nevera Becomes Road-Legal As First Unit Gets License Plates
The photos of the Nevera with Croatian plates were shared by company founder Mate Rimac on social media."

Further>""After 5 years of development, over 1,000 people in the project, 17 prototypes produced, 45 crash tests, 9 cars destroyed during crash tests and thousands of other tests - today the first Nevera is regularly registered. For now in Croatia and soon in many other countries."

And you know how much (hopefully) I've been looking into this. Anyway Rimac FORZA!

Well the BOSS of Bugatti doesn't MESS around! LOL!

"Electric supercar maker Rimac receives over $500 million investment from PORSCHE and OTHERS."

"Rimac's Nevera Supercar Races Against Plane - Who Was Quicker?"

As Poslovni Dnevnik writes, the gorgeous Nevera supercar was driven by Miroslav Zrncevic, the main test driver of the Bugatti Rimac car, who explained that the maximum speed of the Nevera was 420 km per hour, and the maximum speed it achieved in this particular race against an aircraft was 350 km per hour.

As part of a three-day meeting of supercar owners held this weekend in Varazdin, Rimac's Nevera supercar faced off an acrobatic plane in a race - and this Croatian-made car won.

Three hundred visitors witnessed the unprecedented spectacle, a race between the Nevera supercar and an acrobatic plane, and despite the strong winds that disturbed both the driver of the Nevera and the pilot, the experienced helmsmen of their respective vehicles put on an amazing 20-minute show. In the battle in which both the Nevera supercar and the plane reached speeds above 350 km per hour, the final and convincing victory was won by entrepreneur Mate Rimac's car from Sveta Nedelja near Zagreb."

For overall design purposes, the Rimac Nevera is a front-engine car with the dynamics of a mid-engine car. Just like with the Aston Martin DBS and Ferrari 812. All three cars are equal parts "grand tourers" and equal parts "supercars".

Quote>"Mate Rimac, the distinguished winner of Autocar’s Issigonis Trophy for 2022, has never worked in anyone else’s car business and has been running his own automotive company for only about a dozen years.

Despite this, Zagreb-based Rimac Automobili is on a seemingly unstoppable trajectory to become Croatia’s biggest company very soon – progress that will involve moving most of its 2500 staff to a brand-new headquarters, the country’s biggest building. The driver of this extraordinary expansion is Rimac’s illustrious status, acquired at seemingly impossible speed, as Europe’s go-to provider of advanced electrification solutions for manufacturers of both small and large cars as they forge into the zero-emissions era.

Rimac already counts many of the world’s most important volume car makers – plus premium marques like Aston Martin, Ferrari and Porsche – among his jostling band of blue-chip clients. Indeed, Porsche (2018) and Hyundai (2019) so greatly valued their early experience as customers of Rimac technology that they grabbed opportunities to become investors in the company."

A genuine tip of the hat Mate Rimac! You continually surprise and more importantly INSPIRE! Bravo!👑💯

Mate Rimac, THE BOSS of Bugatti~Rimac secure $127 million of financing. That was kept a little quiet.

And yet people doubt him. Shaking my head! Good, wait until the new hypercars or revisions hit, because I'm TELLING you one is a Rimac stand alone model! (Monday 9th May 2021 datestamp™)

Nico Rosberg's HYPERCAR is in PRODUCTION! Yeah! Except I thought it was the OTHER one! LOL! (Mercedes Benz AMG WTH!)

Anyway this is very good news!

Thanks for the "tip"~ Google!

They'll tear the rule books up TOGETHER!

Forza Bugatti and Rimac. THE HYBRID'S ARE COMING!😂

So, I managed to get hold of a copy of the Rimac Dragy slip for the pre production prototype 1/4 mile unofficial record(😂). Anyway I know someone will DEFINITELY appreciate it>

Quote>"The Rimac Nevera has been named the ‘HYPERCAR of the YEAR", as judges admired the Nevera’s unrivalled performance, commenting."

Pre production prototype of the year?😂 ~ so far that is. Let's get a production specifications car tested.

Quote>"GQ also named Mate Rimac as its ‘PIONEER of the Year’, adding:"

Mate's always been a pioneer. Can't argue with that.

But Legacy comes with immense expectations, and Bugatti-Rimac is yet to be seen.

Mate Rimac, the BOSS maps out Rimac plus Bugatti-Rimac plans including "upgraded" Nevera! ;)

My PRELIMINARY thoughts are, so NOT calculated, are it's going to be tough to best the current 0-200km/h of 4.95 (quickest times joined). The obvious differences to will come 200-300km/h- and beyond ofcourse.

For now I won't state any timings. I need to think it out more. They've completely changed the game again, yet again.

Rimac is some technology company man.

It was ONLY RUNNING on "1600hp" mode? WHY was this not mentioned by Rimac or Dragtimes before?

Because they are holding back AND sandbagging! (Everything I stated prior below still stands, regards full production status cars)

Rimac is going for it! Go Mate!

This is what the sixth-generation Viper would come out to be. Another big, torquey, semi-comfortable track cruiser. Large amount of electric motors.

The Rimac Nevera "record" for the 1/4 mile does NOT stand in anyway shape or form. I accept the time as VERIFIED but nothing more. The car in question the dark blue one is a PRE PRODUCTION PROTOTYPE. Period. It CANNOT lay claim to ANY productions records until>

a) FULL and FINAL specifications models have been manufactured.

b) They have been DELIVERED to purchasing clients.

C) Independent testing has been done- although it was anyway, but on DELIVERED cars.

The pre production prototype is apparently going on to be used in more crash testing which makes ZERO sense as some are apparently already on the production line.

If it's any consolation I believe she may go slightly quicker. But she has no productions record with a pre production prototype turning in the times.

As a Bugatti man the same is absolutely true for them. It was a record of a series of events. Absolutely no productions record.

Is what it is. And I'm not tied to ANY manufacturer. If ANY of them have done something incorrectly, I'm hoping others would point it out too and they absolutely SHOULD.

So it's an impressive car, very, nobody is denying that. But it has no productions record. And that's all I need to say.

Any lap times yet?
Or it is not for race track use?