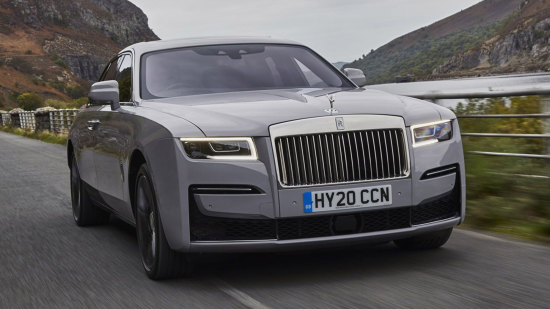 Rolls-Royce Ghost vs Volvo S90 B5

Now THIS is a European version of the Hellcat Charger. To be specific, it's paternally German and maternally English, it uses a German transmission, it produces an American-like 627 lb-ft of torque out of a HUGE displacement engine, and it's big (albeit not too so). Like the Hellcat, it doesn't corner too well.

The LD-body (evolution of LX-body) cars are BIOLOGICALLY half American and half German, even though strangely they are now under Italian-French control.

The Charger and Ghost are full-size sedans too. However, compared to the Charger, the Ghost feels like an old-school American full-size sedan from the 20th century or early 21st century.

NOT to mention that both the Charger and the Ghost rely on old-school, RETRO LOOKS + DYNAMICS !!

"The electric car is perfectly noiseless and clean. There is no smell or vibration. They should become very useful when fixed charging stations can be arranged.”

2024 Rolls-Royce Spectre, 122 years later (now~ 124 years until launch) is almost upon us. A fully ELECTRIC Rolls-Royce?

0-100MPH is SWIFT in anybody's book. But for Rolls-Royce it's borderline obscene!

Hello everyone.
Here is a small item of good news.
www.motortrend.com appears to be back in action.

I've no idea where to put this post. But does anyone know what is happening at www.motortrend.com ? They did produce very good acceleration figures for the Rolls Royce Ghost II very recently. But now the website appears to have closed down for me in Ireland. Is anyone experiencing such difficulties?

Can I assume you got these figures, Fastest Laps?
Just wondering.
Thank you very much if you did.

That's the one okay, Hoppelmoppel123.
Please feel free to add the performance when you get the opportunity.
Thank you.

Well that's a blast from the past!😃

Firstly it's not, it states quite clearly theoretically in the article. ...

"Manthey Racing is slower??" I guess mainly down to conditions. The ...

"You think people don't buy Ferraris to be noticed too? The ...

Bugatti dyno guy is getting a Ferrari SF90! This is the ...

Yes. Audi spanks it. Ever so slightly. But still.🙂