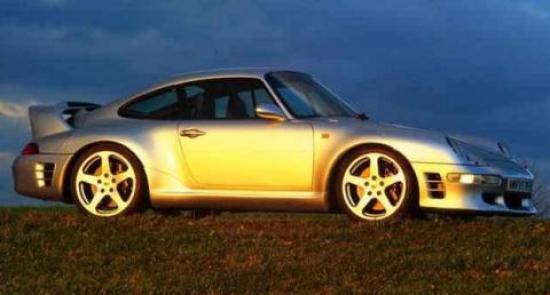 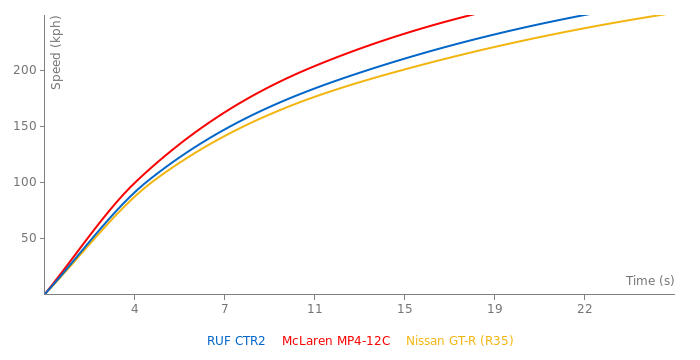 its real nur lap time would be closer to 7:40 if done on a decent day

Being a Ruf fan I was just reading through the bits on the CTR2 and laughed at the comments made by a few ignoramuses about the 8 mins 15 lap time. Well I have a copy of Autocar issue 17/24 Dec 97 which featured this very lap! The driver that day was one Stefan Roser, yes him who drifted the CTR1 around in Faszination. It took place on a cold November day and on the same day Caterham set the road car record for the original Superlight R at 8 mins 6.2 seconds. Stefan tried several times to match this time and managed 8 mins 15 eventually. I am not sure if it was a full lap or the bridge to gantry variety, but the track was closed, so I guess it could have been the former. Anyway you can hardly say it was a rubbish lap can you, when the greatest RUF driver of all time was at the helm!

Anyway that sets the record straight. The reason why CTR2 was 10 seconds slower than CTR1 is probably because a) the track was slower on the day of the CTR2 test and b) the CTR2 doesnt actually have a better power to weight ratio than old yellowbird. Plus the fact that track day times didnt really improve until 1999 with the arrival of the GT3 which kickstarted the whole Nurburgring craze.

so it wasnt a race diver, but a journalist? did he/she have expierence?

it was a independent car magazine test were the car journalist did not have 200-300laps or more laps to try his best... sportauto has only 3-5laps to get a northloop time...

terble lap at the ring.

or it could have ben a damp or wet or cold track. and it might have ben a terrible driver. 8:15 for a 520bho RUF?!! c'mon, theres no way this cnt break 8mins,no way, there had to be somthing up with the driver,conditions, or maybe somthing was badly wrong with the car. o and this has 520bhp not ps, and 506lb ft of torque and weighs 3050.

This Ring time is total shite, was it wet that day? how the hell can the YellowBird beat this by t=10 seconds? and its 10 years older. the conditions must not have ben good or the driver was total shit.

How in the hell did this car do such a shitty ring time with all that power??? And its a frigin RUF??

have replaced the picture with a real CTR2 picture..

this is the ruf turbo r not the ctr2..

IP address 69.207.233.22 keeps adding lap times without any referances..... if its you please include a ref as the laps will be deleted otherwise.

Fair enough Georg I was being lazy as the 8:15 lap time is widely reported so couldn't be bothered to look for a better ref.

time deleted..that is no reference just a list full of mistakes..

Otherwise it will be deleted

Reference for the lap please. 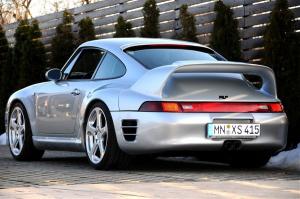 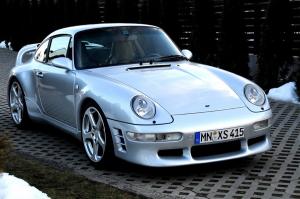 It's not even a hypercar unless we're counting the BC 🤦‍♂️ ...

The 90s have called, they want their jokes back.

If you're going to watch ONE Chevrolet Corvette C8 Z06 video it may as ...

will Jag bring BMW engines back to their lineup!?