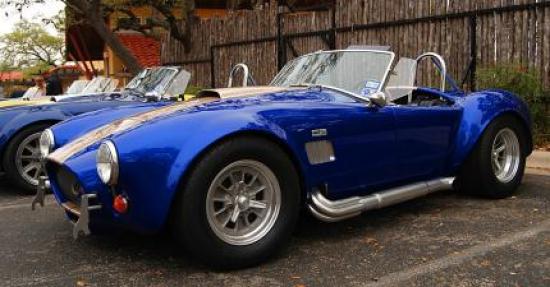 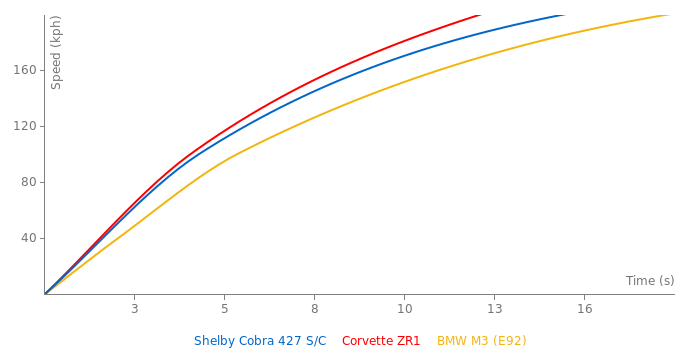 I just did some researching and yes, the car could technically do 30-60 in just a tick over a second, as heavily implied in the scan below, but only if it's running on certain tires. However, these were road tires in almost the same fashion as the Dodge Demon's set. That being said, back then it wasn't uncommon for US factories used to offer a set of street or drag radials for muscle cars (and certain sports cars like the Cobra and Daytona and their rivals, the Corvette and Cheetah). 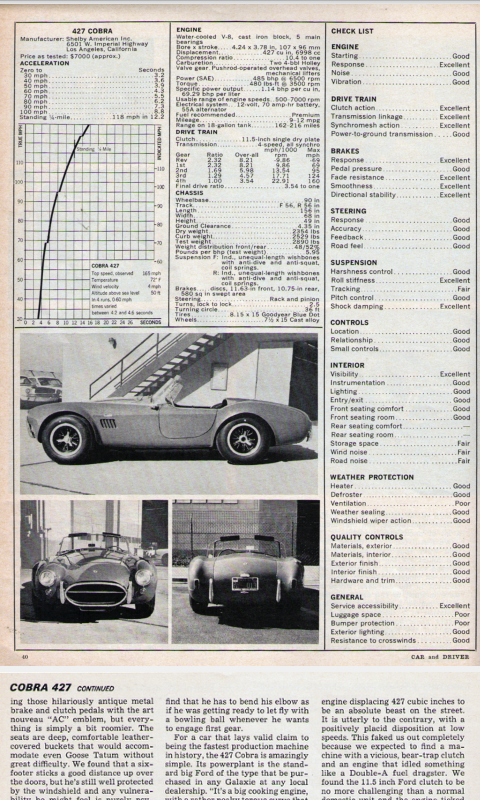 These times are comparable with the Ferrari F40 as tested in Car and Driver.

@ Super8: I didn't know that the star of The Cosby Show is a car guy, interesting. Shouldn't it have a 4 speed transmission, actually with that kind of speed, it more likely has a 5 or 6 speed manual.

@ Viking you are absolutely right, as usual.I think so the 425 gross hp is correct.
Yes only the Cobra Daytona coupes could reach 300 kph with full race 289's.and of course the one of the all time Legends : The GT40.

@Bijan I completely agree with you, the only Shelby Cobras produced that could and did reach 300 kph were the full race Cobra Daytona coupes. We don't have them on this site of course since all six of them were made strictly for racing. They were very successful, but eventually were phased out of competition in favor of the Ford GT40 models. Looking at this page it appears that there could be some other questionable numbers: 485 hp (I think the S/C had 425 hp gross), 3 speed?.

All I could find, but I've been searching for those, do you have them?
well that's about my 300km/h top speed comment, I sincerely don't know from where the other figures came from.

Sorry but Are you crazy , this car even with full race version never reach to 300 kph. if you please tell me , you bring this numbers from where ? check the 1966 motor trend road test of Shelby Cobra 427 S/C , or Road and Track .

This beast faster than 2010 Camaro SS in Laguna Seca

I think this is the best Shelby that ever made. Light and Powerfull