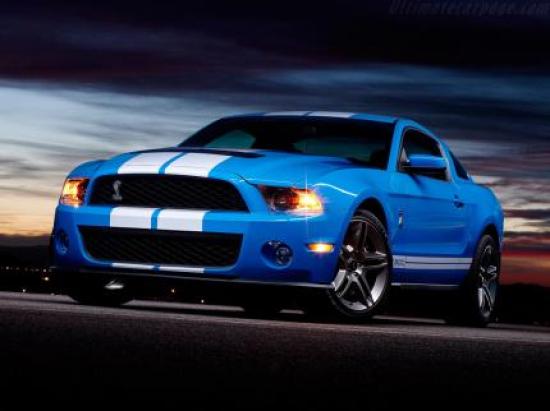 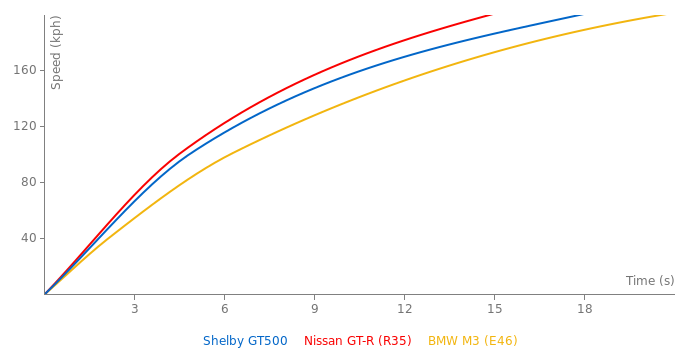 Delete the top speed, that is a simulator number

I thought the Super Snake was the fastest.

Funny how it falls behind a Civic. lol

Ford claim this as the fastest production Mustang ever. It can run into 185 mph when not limited.

Top Speed of this car when not limited is 185 mph and it's possible to run faster than that. It's stil suffering heavy overster when through the corner

i heard the handling was good on it, but they are still using that live rear axle.

theirs no doubt about that.

Nah, i think it looks great too, sounds good also.

I know, i was over exaggerating.
I do think it is one of the best looking cars. but that's just me.

this the best car ever made!

I'm in here late but I'm going to tackle a lot of posts for the hell of it.

Independent rear suspension does not equate to an automatic improvement in handling. NASCAR's been proving that you can pt 800+ H.P. to the pavement on a road course without it. Cost? Sure it'd cost more, but the Mustang engineers haven't yet proven that the extra weight and cost of IRS would see dramatically improved lap times over the current set-up. If there was a viable alternative, don't you think you'd at least see an aftermarket version of IRS available?

The Snake emblem is off to one side just as it was on the original Shelby Mustangs. It was actually moved to the opposite side from the '09 version to allow better airflow to the intake.

You may very well see a turbo V6 in a Mustang soon with Ford's new EcoBoost engine. Bet on it.

This iteration of the GT500 is the 12th fastest lap holder at Laguna Seca after tests by Motor Trend magazine.

As for track speeds and top speeds, 99% of people will never drive a car like this to its limits anyway. Most of the people that own cars like this live for the bragging rights because they're not capable of backing up those numbers themselves.

That's my 2 cents. You mileage may vary.

Its funny how Ford puts out tons of Mustang versions but the engine configuration are always basically the same. They should try a V8 turbo, or V6 twin turbo to mix it up , why not as i am sure they could get more of a power band with the turbos.

This car is built cheap and nothing will ever change that, ever. If they make it to expensive all those cheap bastards wont but it.

I agree about the cheapness but you get 547 hp and it also looks great.

Yall seem to think theres somthing wrong with cheap cars. just because somthing is more expensive, cars and otherwise, does not make it bad.

The Mustang is a good car. And it's been selling its high end models at a high price for a while now.

This car is built cheap and nothing will ever change that, ever. If they make it to expensive all those cheap bastards wont but it.

Why woulf Ford add more power when this car is getting the SAME numbers as the last GT500.

Turn it into a NASCAR!

Yet it was rated better than a BMW in a driver's car competition.

-the suspension is so crap that you cant even drive them on evry day roads with out a bumpy ride that feels sensitive to a tiny stone.

-you can bareley change gears with out breaking your wrist.

-you need an athletes legs to press down on the clutch.

Ya your right this car would be improved 427, so why do you not go and petition at ford headquarters for a real suspension but they will tell you IDIOTS STILL BUT THIS CAR WITH A SHITTY SUSPENSION SO WHY SHOULD WE CHANGE????? PLUS ITS CHEAP!!!!

I think if you just, in some sort of way, replaced the rear axle, this car would be fun to drive and be a good track car.

not every car is built to go fast round a track!!