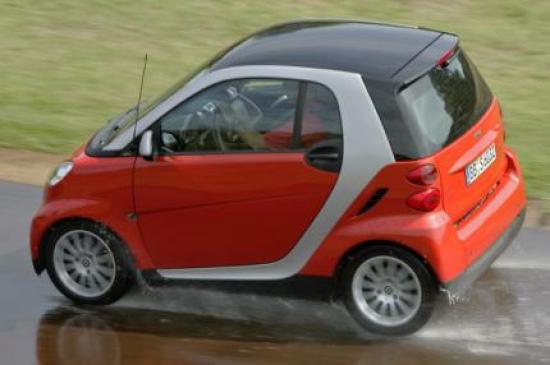 I passed one on the highway once, I like it, but it looked like a toy next to my Dodge Dakota, it's so tiny.

I've seen a few of these and I swear, you could walk up to it and tip it over.

why do you people hammer on gallardo man so much?

mike b, i agree. i am rude and annoying. im sorry for that, but just dont treat me like a kid, for example. "dont hurt his feelings, hes a kid." please. just dont. i sware for now i will not be smartass, and i wont disrespect others thoughts. also i wont start problems.

I concur in that age doesn't matter that much, after all I started posting here at 16 (yes I'm not that old) but I think you are a bit too young by the attitude you've shown, you gotta be more polite and don't pretend that you know everything cuse you don't, it's just an advice.

@Gallardo Man
I used the Landcruiser as an example of a car that is worse than a Dodge Viper which you were insulting. I only said that car because I had just seen it being destroyed on Top Gear....
Also I said you were 12 as a joke, although it was easy to tell by the way you wrote that you werent an adult.
Lol I knew you would be back anyway, thanks for the epic fit you threw. =P

anyway, if me talking how i think gallardos are better than other cars offend you, tell me. i dont like getting people ticked off and start talking trash and making them talk random crap (trolling, witch a word i learned from this site) it makes me feel unconfortable

also, dont think my motor works knowledge is limited my my age. i can give a 3hr lecture on the lamborghini gallardo, or on v type engines.

alright it doesnt matter how old we are, just forget about it. i dont want to be thought as, "oh, dont hurt him, hes a kid." just talk too me normaly. anyway, apathy, i see about 12-10 corvettes a day. its like a song on the radio. its good, until its used too much. sorry for being too sensitive, justa super ultra strange how you knew my father has a landcruiser (very though car) and that im near 12. yes, also i admit, the italia is a better car tahnthe gallardo, but to me, its just faster.

@gallardo kid...err man Thank you so much i haven't laughed so hard since i was 13 XD

Wow. I don't really know what to say. I guess you shouldn't joke around kids...
Gallardo Man i'm sorry if I offended you, and no i'm not a stalker rapist LOL.

Let me get this straight...

And you come back accusing him of likely being a rapist or murderer?

A bit sensitive and dramatic, no? Though he is likely a raping murderer if he disagreed with something you said.

I'm not sure anyone's going to miss you anymore than they'd miss me big guy. LOL

@Jeff: Off by one year. Kudos. LOL
I was going to ask him how frequent corvette sightings makes it a no-talent car, but then I remembered he's 13...

you will never, EVER, see me again, start talking bad, i dont care.

jeff b, your such a freak, low life that needs to stop stalking. who knows, jeff is problably a rapist, or a sick freak who wants to lure you down to kill you. if i were you, you should just abandon this website. this freak jeff knows even my age AND my fathers car.

first, im 13, secound, get a life and stop stalking. my family also rented a 458 for the 5 laps for 200 bucks deal. you will problaby never see my annoying face again.

Gallardo Man, you haven't been in a 458, for a few reasons. First off you're 12 years old, second it would pain you too much because it is better than any Gallardo. :)

well, its opiunun, and im respecting other. if people say the 458 is better than any gallardo, than i'll just say "well, its an opinuin" i dont want anyone to get mad at me, and i dont want anyone thinking im a kiss ass either. just what i think. doesnt mean i "need to grow up"

Man u really need to grow up

oh, yeah, the f430 is because its ugly, not as good as a gallardo and on youtube the video .youtube.com/watch?v=CuUmijoSOwE, the stupid viewers dont put volume to realize the ferrari's limter was removed.

first, the corvette is no talent car. i see one EVERY DAY. second vipers are ugly, slr is faster, so yeah, yeah, im jealous. also the italia is always thought to be "talented" but being driver sucks. feels like your not moving, and its too fast for its hidous looks. last, the ford gt, its okay. i just typed it stupidly.

Why u want to explode all that cars? because are quicker than the Gallardo's(SLR,ACR,F430,F GT,ZR1,Z06)? No seriously what's the point.

jeff b, how the m6 got in my list of cars i want to explode is because it is thought to be faster than a gallardo, and its not. and the 458 is on the list cause its ugly, terrible handling (ive been in one) and this website has wrong info a bit on the new supperleggera. the new superleggera is a tiny, tiny, tiny, i mean .2 seconds faster. also on road and track, thay tested the superleggera vs italia, and the italia would turn 2-1 mph slower.

how did the Dodge Grand Caravan get lumped in with the 458 and M6??

tell me, one thing good about this car, besides its mpg, size, and price. the DUMBASS car its more like. the fiat 500 is way better. this is one of the many cars that i want to see explode.