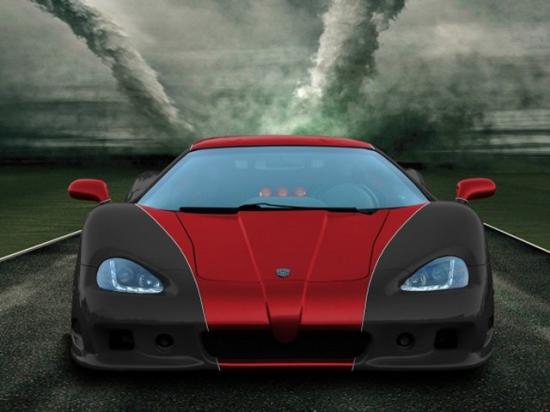 I believe, only one was production manufactured.

First car with a at least one:one power ratio?

Does "XT" have any meaning?

@coolshirtguy, the new engine uses multi-valve technology and VVL.Also, the UA TT was running at about 14.7pPSI, the Veyron SS at about 15.2PSI.

@Mental
I think ever since 2009 or so, SSC has used an engine of their own design(but the block is still based on a GM LS-series racing motor). I think this new one is just the old engine in DOHC form, bored out to 6.8L. Don't know if the turbos are different/bigger, but they shouldn't be; the Ultimate Aero was running relatively low boost for how much power it was putting out. 14psi,when most cars making 1000+hp are running 20psi or more. Veyron: 19/SS: 22(rounded up)
Venom GT: 20
Agera R: 20

So I guess it would be fair to say that SSC's engine, as it is now, is as much a Chevy as Koenigsegg's is a Ford. As in, not at all.

@Shaggy
Originally it's a supercharged 6.3 liter Chevy V8. Don't know what it is now exactly, but that's obviously not Ford's. I guess that it the same Chevy just highly modified by SSC. This Aero XT uses the same engine as in Tuatara.

Is the engine based on a Chevrolet or Ford engine?

HOLY CRAP, this cars as fast as a Koenigsegg Agera R!

We wont ever see any actual tests for the car. They have probably already sold the 5 they are going to produce and they will go strait to their new owners and be parked in a climate control garage forever.

No need to hand their cars over to magazines for advertising when you sell every car you are going to produce before they are even built.

The performance of this car is just claimed by SSC. Actually there weren't any tests, at least I guess so.

i think its a prototype the dates come from.

So, Where is proof?

Now, every American can be proud of this monster! 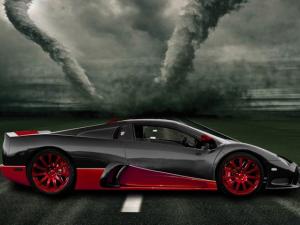 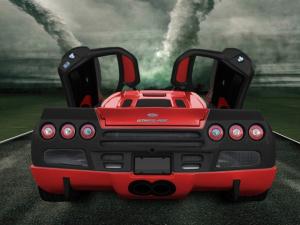 Your soul has happened more than your cars ever will https://www.reddit.com/r/carscirclejerk/comments/rx6guv/uj_who_or_what_exactly_is_jesskoen_and_why_does/

please delete and ban the loser