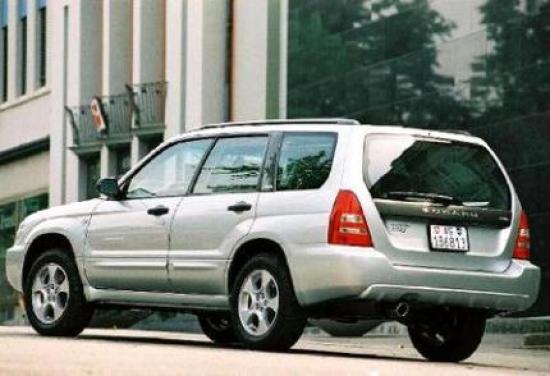 The 04 Forester XT is as I see it probably one of the fastest allround, all roads, all weather condition cars in the world.

all of the information on subarus in the impreza family 02-08 (impreza, wrx, sti, forester, forester xt) is mixed up, mismatched, or just completely wrong. This website needs an overhaul.
in this specifically, there were 3 overhauls on this car.
originally equipped with a 2.O, producing ~215 bph out of box,
then upgraded to the 2.5 in 03 production year, the same ej 2.5 was placed into these new xt's that was used in the sti,producing ~235bhp out of box
then yet another overhaul into a completely different 2.5 engine with weaker forged pistons and walls in production year 07, producing ~227bhp.
these numbers are all for the 5 speed transmission oem. which changed in 07 as well.
i dont know my 0-100 kmh. but my PERSONAL 0-60 in a stock 04 xt with 244lb-ft torque is 5.9 with 145000 on the clock.

lol 3years ago u said that, now you get actually get it nd it can do 6.5secs 0-100! its called s-edition. sold in autralian and china.

Subaru Foresters are very popular here in Australia, for good reason. The Forester X (entry model) is good value with its 2.5 litre normally aspirated engine, and quite quick for an SUV. I have the 2004 model.

However, IMO, the Forester XT (used to be GT) is the one to go for outside Japan- provided you get it with the 2.5 litre turbo engine (2.0 litre in the UK), and manual gearbox. In the past, the automatic gear box has usually added about a second to the 0-100kph time for the XT and the base model Forester (Subaru Australia specs).

The new generation Foresters, from 2008, unfortunately are slightly bigger and heavier than their predecessors and the new XT manual suffers accordingly in the 0-100kph results. But it has improved ESC which, according to Consumer Reports, let down the older XT.

IMO, the Forester to look out for is the Forester XT STi, only ever sold in Japan. Never come across one here in Oz, even as a grey import. Again, provided it has the manual gear box (which one would expect with the STi model obviously), it should be even quicker off the mark than the standard XT.

NB check out Consumer Reports for the latest evaluation of the new Forester, including the XT (only available with the automatic gear box in North America).

I drive a MY04 forester XT 2003 built, here in Oz all the series 2 foresters were 2.5 both turbo and non turbo models. understand that in Europe there 2.0 Litre was sold? In 05 gearing was made taller due to fuel consumption complaints thus slowing accelaration. Still wouldn't swap mine for a new one !

that was manufactor claim in central europe (Swiss, Austria and Germany)
http://www.alle-autos-in.de/subaru/subaru_forester_25_xt_turbo_ktb2336.shtml 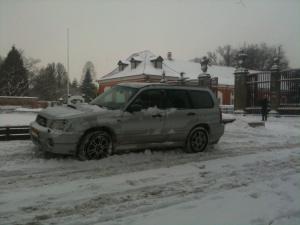 SLR is 6 years older and still didn't submit to the faster car. Really ...