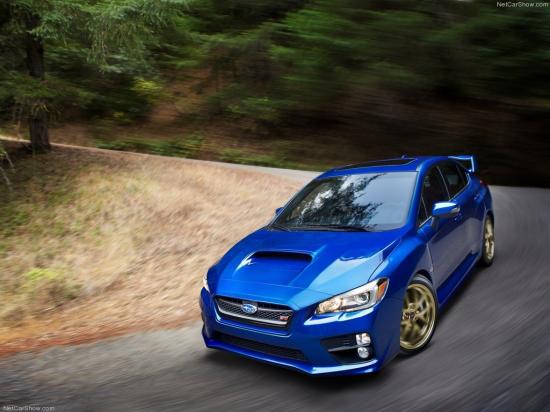 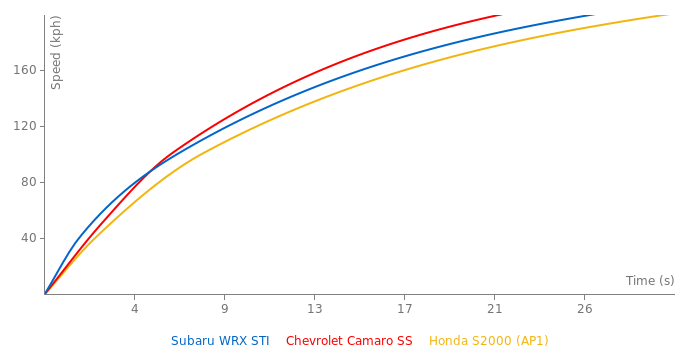 Very misleading as the STI Type RA NBR that produced this time was a full blown modified race car pushing 600HP. It included a full roll cage and aero-pack. Not sure why they pictured the factory version and attached it to this listing. Should be updated with the correct information.

Japan's Best Car website has released info on the 2021 WRX. They say it's gonna have a 266 HP Turbo 1.8 liter flat four for the WRX, at least in Japan. The STI's gonna get a 315 horsepower 2 liter that's been in the WRX. That doesn't sound like much of a bump, but apparently torque is being boosted to 325 LB-FT, so that's a decent amount. I guess your better of buying the S209 that's available now. However, Earlier reports from Road and Track have stated that it will get the Ascent's 2.4 liter flat four that already makes around 260 hp. However, supposedly it could produce 330 hp plus. If they hook it up with the hybrid system that Subaru is developing now, it could produce even more power. It's expected to debut in concept form in October in Tokyo, of course.
Full Disclosure: All of this comes from https://www.torquenews.com/1084/more-next-generation-2021-subaru-wrx-sti-details-surface, where they are saying all this. Correct me if I'm wrong.

The standard car can never lap the Bürgurking under 7 min.
That's the lap time of a 600hp full-blown racing car!

also worth noting you cant compare a Bentley gt to a hot hatch or the sti its just stupid, the Bentley is car you occasionally launch off at some lights, not really a track car meant for corners,

no the euro ans American models are the same, only ours comes with more extras as standard

I think the European version (280ps) is much slower than the American version (309ps).

In Europe this offroad sedan costs around Euro 40k. If you look at Laguna Seca Performance and importantly same Driver (Randy P.) WRX performs roughly same as BENTLEY CONTINENTAL GT - which is an overpriced COW on wheels. Anyway, back to WRX, is this a joke ? Ok, Golf R is overpriced too with Euro 40k pricing but would you spend that money on a car that handles like a Bentley GT pretending to handle like an offroad F1 (judging by its table attached to the boot, which really puts me off). Same for 2015 model of course.

It seems that new WRX STI is all around more sharper car, more focused than previous model was compared to standard WRX. Closer gear ratio, more aggresive suspension. Seems a lot of fun.

Theres nothing drastic about the looks, or the bhp, But at least its not a hatchback, And It is nicely priced, £28,995! That is a spectacular price for a road going rally car with excellent abilities.

It's look like not just Subaru Japanese fans that feel disappointed. Most of young people who own Subaru WRX in Japan tune their car to produce at least 400 hp because they were tired to see same powered car every time Subaru release new WRX model.

It is nothing new, Im also tired of the same bhp, WHEN will they try something new? There just like Aston and Porsche(Except they actually give there cars power)

..Considering the car isn't out, even for a test drive, No, He didn't.

@BR2+: 350 horsepower sounds good, 305 horsepower is a lot, but with the Subaru Impreza WRX STI, it's nothing new.

My friend was test driving this car and it is very the same to drive than last gen. It have just more electric shit staff in AWD system.

Thats why the driving dynamics of this car are different then the last generation right? Thas why this car is better and funner to drive then the last while having the same power and each gen gets better right? Bring your biased somewhere else.

Every generation of 911 enter revolution to performance and tech so it's very different than this shit car. It drive the same and it's the same overall. They change only how it looks. It is a fail car.

I think it's about time they add some horsepower.

Don't particularly care for the looks,(Thought the last gen looked much better) But at $35,000 Usd, There isn't many cars that can trump this for what you get under $40,000, Not many at all.

Well i will tell You the shit:
I prefer work out, well calibrated car, than new construction with many mistakes.
That boxer 4 was long time one of the best engines of the world. Sure i wish for bigger, more powerfull engine, but, if i have so good, proven engine im ok with this.
Same with the suspension and AWD system.
Now after WRX reviews im pretty sure that new WRX STi despite almost the same numbers will be better car to drive and better all around machine.
Sam as with the 911 - evolution is sometimes better than revolution.

The engine remains the same as the outgoing one.

What Subaru claims to be "brand new" is the suspension. But is that much of an improvement for performance?

Subaru also claims the cabin is now much more equipped.

"I just hope Mitsubishi doesn't get rid of there Evolution because of this Hybrid and MPG bullshite."

Agreed. However, Mitsubishi reports they are preparing the REvolution of Evolution... Hopefully there will be significant power bump over Evo X, no matter what engine configuration will be offered, cause I'm kind of tired seeing identical power ratings for decades.

I just hope Mitsubishi would get things right with future model range. While the current is absolutely unimpressive.

Don't think its that new, Most likely updated like the new 5.0 is. But that's what they need, NEW.

I just hope Mitsubishi doesn't get rid of there Evolution because of this Hybrid and MPG bullshite.

Is the engine like "brand new brand new" - new every nut and bolt?

If yes, it may be a fundamentally much better engine for tuners to come and extract however much power they want. 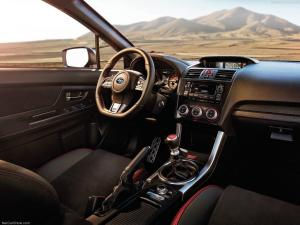 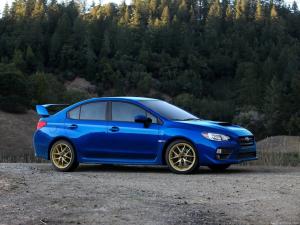 RS stands for "racing sport". This is the sports car version of Kodiaq for ...