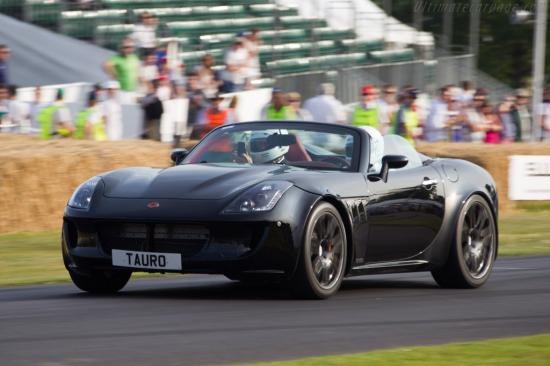 As I can see, the steering wheel is also taken straight from the Corvette, just wrapped in red skin... Even interior stayed unchanged.

I had the opportunity to make a video of this car, quite an amazing machine! https://www.youtube.com/watch?v=m-2-e1T50g0

...Was wondering when this was gonna make it here, this Tauro Sport Auto is not new.

If it were lowered by 50-60k, they would sell ALOT more, but its a new and up coming company, so they'll need the money.

2970 LB curb weight, 6 speed manual transmission, 440 horsepower LS9 V8 from the Corvette, I like the math.
@ Super8: There is a gun company based in Brazil that makes guns mainly for export to America, and they make a large frame double action revolver called the Raging Bull.

Because it just made a moving debut at Goodwood festival last week. :D

Tauro eh? Maybe this is the anagram of Taurus Raging Bull.

The car is based on the chassis of the deceased Pontiac Solstice. And under the hood is located the LS3 engine, which is good for 440 ponies. That power is sent via Tremec manual gearbox to the rear axle. And all that is wrapped under the new Spanish wild body.

Sounds like a perfect combo: American power, lightweight construction, manual tranny, European design and a convertible. And that's just a standard version. The engine can be switched to produce incredible 650 hp, and 6-speed automatic is available.

But, to be honest, nothing new; already tasted. All those LS3s, LS7s, and whatever else American V8s are just too common in boutique automaker nowadays. Of course, I understand that Chevy engines are powerful lightweight and reliable, but I want to something new. More V10s, V12s in such European exotics.. more Boxer engines, or at least the same V8s but home-made... So this Spanish sportcar lacks in the uniqueness. Technically, it is just like the Corvette, just a bit shorter and lightweight. 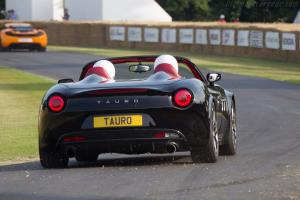 I have little doubt that all of them, whether it be Porsche, Lamborghini, McLaren ...

oh it's functional alright, they did put it to the test in f1 why ...