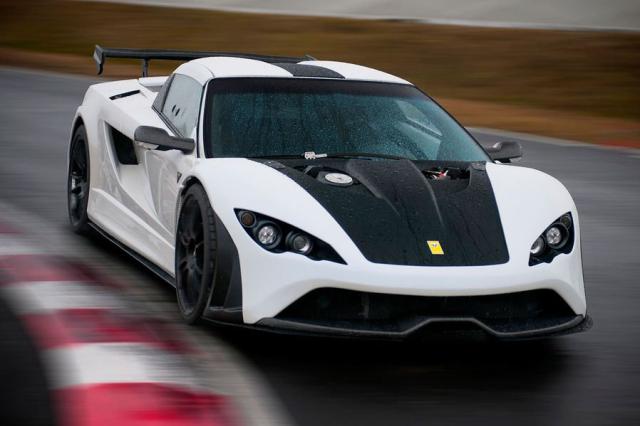 @ CoolShirtGuy: And you can't even get the Veyron to its top speed on the Mulsanne Strait, you'd still have, like, 11 MPH to go when you brake for the turn at the end of the straitaway, and that's on the old circuit without the 2 chicanes breaking up the Mulsanne Strait (LeMans Circuit De La Sarthe is my favorite track).

LOL, but what without any doubt - I'd take both Tuskek and VDS in the same time over one Veyron.

@Monkeypop
I've found a direct rival for this car - VDS GT001 from Belgium:
https://fastestlaps.com/models/vds-gt-001
Also limited production, the same hardcore construction. It produces almost the same amount of power, and I guess torque. Curiously, their engines have the same displacement. But if the data is true that VDS weighs complete 140 kg less than Tushek, which makes pretty much the lightest supercar (if not taking into account such "street-legal" cars as Radicals and others). As a result complete 100 bhp per tonne more. Pretty astonishing! But VDS uses sequential versus Tushek's manual.. well, at least quicker gearshifts, which would help Belgian to outperform Slovenian at the track. However Forego T700 will take a revenge... Just a shame these two amazing supercars will never meet themselves to learn who is actually faster.. and just a shame they will be a very rare sight and won't break into league of such supercars as Porsche GT3...

Well, if I had a chance to own one of them I'd doubt for a long time which exactly... Maybe VDS, cause it Might be a faster car, and I just love the way how does the front look. But, LOL, VDS has an unpleasant rear view, so maybe Tuskek that looks better from that point and shifts through a manual?..

The K1 is a kit car built around a honda accord donor that basically just shares its body style with this car and not much else.

@Shaggy
Top speed is worthless on the track. Any car with a top end worth bragging about will never find a track with a long enough straight to exploit it, excluding Circuit de la Sarthe with the 3.5+mile Mulsanne Straight. Beyond that, Fuji Speedway and the Nurburgring are the only tracks I can think of with really long straightaways, but even there a Super Sport, Venom GT or Agera R wouldn't have a hope of hitting their top speeds unless they were already doing over 200mph going into the straights, which would be impossible.

This is especially true for the Veyron, which takes quite a bit longer to reach its top speed than any of its rivals.

So yeah, acceleration beats top speed any day, anywhere. Track, street, drag strip, Texas Mile, whatever: top speed means nothing, all that matters is how fast you can go before you have to put on the brakes.

@Shaggy I agree with everything you say.. except preferring the Bugatti lol.

@ monkeypop: Acceleration and track performance matter more than top speed, I'd still prefer the Bugatti, though.

Probably not in top speed but certainly in acceleration and track performance.

The power to weight will be better than the veyron. Around 700bhp per ton.

@ monkeypop: That 700 horsepower version would probably give a Bugatti Veyron a run for its money.

Indeed. It already has outstanding power to weight. Just imagine this car with a LS9 in it and thats around what the power to weight will be for their next model.

I cant believe the options they have for this car. You can even get a central fire suppression system if you plan on track racing it.

Just wait until this company unveils their new model the T700. Reports are that it will weigh no more than this one but feature a 700 horsepower audi engine giving it a unheard of power to weight ratio.

@ monkeypop: Oh, I'm American, too, but I learned about the Mono-Cock chassis from car books that I've read, most likely written by a European.

BTW, the maker offers a version of this car with over 500bhp.

Not so sure a C6 Z06 would have a easy time with this at the track. This does have a better power to weight ratio, better aero and better brakes than a base C7 Z.

Shame they are only making 30 of them because we will probably never get to see lap results.

Either spelling is correct. In the U.S we spelled it mono-cock in the aerospace industry. The term derived from the word cockpit.

I am not surprised by the price, its actually around the same or less than a lot of other small companies building high performance cars. What sets this one apart for me is the use of the latest building tactics without ruining the car with technology.

From what I've read Slovenia produces a lot of high end body panels and carbon fiber parts for the well known exotic companies.

What got my attention and convinced me to research the car was the carbon fiber mono-cock like what McLaren is using and the push rod suspension. Not typically features you see from small upstart manufacturers. The mono-cock is what enables this car to be roofless while maintaining its structural rigidity.

Also the weight is very impressive to me. Lighter than a F40 or just about any of the modern supercars that people drool over!!

If I was very wealthy I'd take this car over the majority of the more desired exotics that weigh more, have paddle shift and complicated traction systems.

The brand should be added here: https://fastestlaps.com/makes - to be able adding stuff for its cars, comparing, and it's impossible to add laptimes here, however this Tushek has done any yet... BTW, the same should be done with SRT.

The car is astonishing, but 250k pounds is just too a lot. Although it's first companies strike, they have to make a lot of money. And if success will continue, they'll manage a massive production and the price list will drop. They have to take some serious efforts on the upcoming Forego supercar, start a mass-production worldwide.

High price but this is my kind of car. I would LOVE to get behind the wheel of this. The builder has applied the latest technology where it counts and not ruined the car with nannies.

Carbon mono-cock design, push-rod suspension with magnetic shocks, ect. Yet it remains a proper manual with a nice short wheel base.

Power to weight ratio is fantastic. Doesn't have all the safety equipment required for sale in the U.S.. saves a lot of weight.

I added a picture of the exposed pushrod suspension that is visible through the hood. Interesting design.

I wonder why I could not find this car on the car page?

Tushek is going to present in 2013 absolutely new Forego T700 - competitor to the Aventador! I guess it would have 650 PS. Dude, I want to see it! Aventador competitor... I hope Tushek would be a bit slower...

It looks like hybrid between Lotus Evora and Porsche Carrera GT. I never know if this one can run very fast.

The first Slovenian supercar... Great! This looks very similar to K1 Roadster from similar Slovakia, but underneath Tushek is much more surprising!

They are going to built only 30 units, sadly... 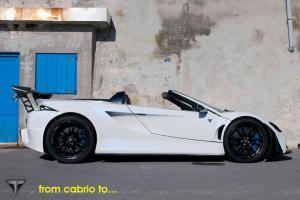 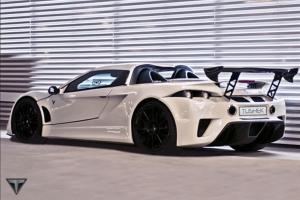 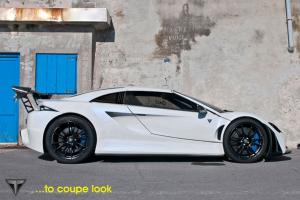 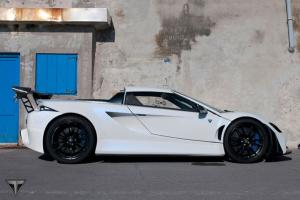 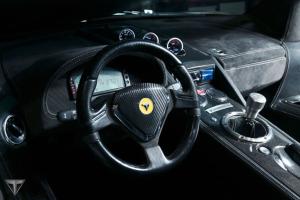 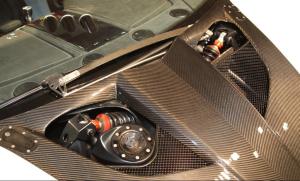 Yes, the track was heavily changed. Moreover, at the beginning, Autosprint and Motosprint's lap ...

the track did change after Senna's death right?

Motor Trend magazine just did a test comparing this to the C8 Corvette with ...

I forgot to add that the acceleration figures were obtained with a passenger so ...

Like i've said previously the Nurb is maybe too bumpy in ...