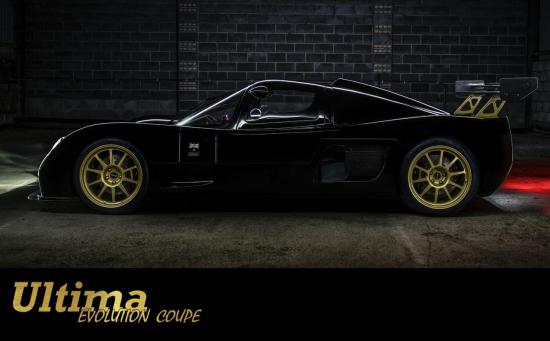 if these performance claims can be up why cant the ultima rs, just as reasonable

The F1 is a race car, the ultima is a street legal car. This year( which is 2019) ultima got a new car, mostly similar stats to ultima evolution.

What about the Ultima RS?

The current Mercedes F1 cars are putting down around 890-910 bhp, that's with the MGU-H and the MGU-K both working. The weight wet with driver is around 605kg, I don't know the bhp per ton.

It will pull the F1 car at high speeds due to more power and less downforce. But many hypercars have higher topspeeds than F1 car. Doesn't mean they are "as fast" or "faster" than F1 car...

This car can do 0-100-0 mph in 8,8 seconds. F1 car can do this exercise in less than 5, so it's not even close in terms of straight line performance.
And Fastestlaps should correct the torque - it's 920 lb-ft not Nm.

F1 cars this year are super fast in a straight line, second only to the cars of 2005. Considering they'd hit 314kph 2 years ago they are hitting 337 now on the 1km straight at the Shanghai circuit

But cars are significantly slower off the line than they used to be when they had traction control. They used to hit 300kph in 10 seconds

Piorun - the Ultima GTR 720 has proved more than capable in the handling department, running 1:12.8 at Dunsfold on road tyres and beating the Enzo FXX race car when it was put on slicks - 1:09.9.

What does n F1 car do in the 1/4? I remember a coup me years ago an F2 or 3, or some kind of car resembling n F1 did 9.6 at 161mph, that was R&T with the standing mile or thunder road segment, It beat everything but lost in the mile to the S7 and Veyron.

And there's much less hp loss through the drivetrain than a road car.

Yes in my opinion it is way too fast. That car can do 1/4 mile in low 9s while cars that can do it in mid 10s are superfast.

It has F1 car's level of straight line performance...

NOW something is TOO fast for you?....Dude you must have a split personality or something..

I also think that this thing is too fast.

But we cant compare this to supercars. Its different league. Its close to race car in terms of handling. And it should be realy difficult to drive fast.

According to a YouTube video the Ultima GTR shattered the top gear track record, should be posted.

The good thing at that types of car that its easy to customsize.
You propably could order a version with many modifications on it.
It could be much road friendly with more soft dampers, and propably higher ride.

But I dont like that type of cars, its too close to race cars.

And I also do not buy number, 1000hp, 1000kg, that not impress me, beceause those kind of cars was very terrible in the past.
Im not so much numbers - obsessed.

I rather to chose something slower, and more car like. If I have to chose more radical car, I would chose Ariel Atom. Its cheaper and also very fast.

This is the most powerful, 1020 PS flavor. You can go all the way down to 300-something hp, which would still be a lot of fun, being a V8 in such a lightweight car.

Great car, Design, Old school(Not really) approach, But its not as uncomfortable as you would think, (Given ones perspective) There are different types of interiors and seats you are able to choose from at the factory, given you arent building it yourself.

Some can be as harsh as a DTM car, Or as supple as a CTS, Depending on options and build of course. Given what i have been able to experience from Ultima, Id say the ride is no better or worse then a Viper. The performance is great and will put practically everything to shame, But i dont expect this ones ride to be very harsh, Could be wrong. The GTR 720 in US prices were $120,000, So this ones prolly more there.

Im not even saying about performance of this car because there is no need of that...

I have just read that this cars basic price is ~100k USD...OMG...Ofcourse its extremely uncomfortable and terribly spartan but it is still such a bargain.

I would go even futher. I dont know what basic price includes but its a way too low price for a 1000 bhp car.

This car in straight line is almost as fast as F1 cars.

Im surprised at how long it takes people to add cars these days, Back in the day new cars were added within literally hours, Hell its been weeks to months and still new cars arent added, Im very surprised, Not that im complaining, Its just a curious observation.

The GTR 720 was already a 9s car, And did it the nice old fashioned way, Good ole light weight, Big power, manual gearbox, Which is wonderful and how id like to do it.

Kinda hate to not add a car simply because i put better stats and pics, But hey my loss. But Ultima seems to have a company logo know, Id be nice to see them go mainstream, Plus theres talk of a GTR2 in the makes which actually could go mainstream, Alot of potential but prolly funds are there biggest problem.

I don't think you will ever see a lap from this company, bad PR will get you nowhere, besides I can't see some bad driving rich guy taking this to the track. You have to hire a good driver and take it to a track as with no lap times equal no confidence.

How cool, you added the carpage and I wrote the article at the same exact time!

This should be ridiculously fast. Another sub-7 minute car easy, if they bother with a lap.