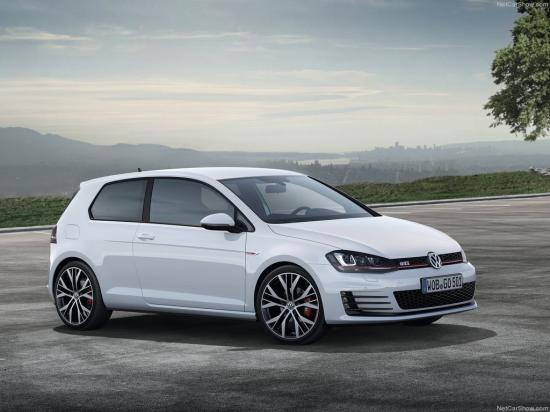 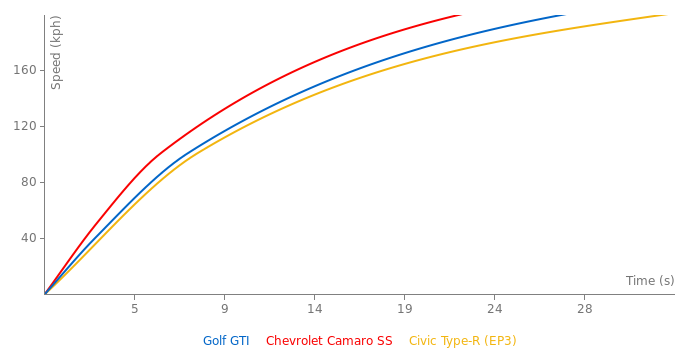 Ali, do you say this Golf is slower than de Giulietta QV ???

How is the curb weight calculated? I was pretty sure the MK7 is lighter than the MK6 but in fastestlaps it shows the opposite.

Just to clarify, the Nürburgring Nordschleife time is for a performance pack equipped GTI (bigger brakes, 10hp increase, mechanical limited slip differential). VW previously stated that this pack gained the car 7 seconds on the Nordschleife over the standard MkVII GTI, so by that I'd suggest the standard car completes a lap somewhere around 8.36. I don't have an official source for this 7 seconds however so please don't treat it officially.

@spilxxx
At high speed the most importand is AERODYNAMICS Seat might be little better since golf is pretty "boxy"
Also GEARS ratio determinate acceleration speeds at run.

Because you are better driver.

Want to share my weird experience on the highway. Have a Seat Leon 2.0 TSI FR 211 model 2012 stock. Had an acceleration test with a Golf GTI VII, don't know if it was 217 or 227 hp Performance. Started with tachometer speed 140 until approx. 200 km/h. Strangely enough my Seat accelerated way better, we tried two times. Have been using high octane fuel 99+, don't know if it was the reason, but the Golf should accelerate better with the new engine. From 210-240 km/h it was quite even. Either way a weird experience because I thought I have no chance against the Golf. Good weather conditions + 18 C, sunny. You have any ideas (speculations) why my Leon was way faster?

@Mental
They should test the Aventador again, with a better driver, too. I still wonder how he could drive it so "slow" around the ring...

...And the car was driven by the Captain Slow - H. von Saurma. Get a real pro behind the steering wheel, and the laptime would be even quicker.

This thing is fast!

Almost 2 secounds faster on HS than old one. Good improvement. And it's much faster to 200 km/h. But only 19 hp more !

well, thats some extreme golf but it runs on 55 psi lol

@Fangio
That's one gruesome thing! High-end supercars performance. But I do know even more extreme Golf!

:
Damn, that's Golf-based car in a supercar league! I bet this could be a very serious rival for the Vette C7! :D

This is one huge technical achievement by Volkswagen. Unfortunately, I know this DV GTI will never see the green light for the production, but I do believe key elements from this car will be used in future VW Group performance models, including its amazing engine. And I didn't even begin with the design, which is not a less important factor of this concept.

I think it's one stunning looking machine! These lines are so unique and unusual for the VolksWagen, extreme aggression, but in the same time keep traditional lines of its predecessors. The peak of Volkswagen's design.

Here you got the VolksWagen that can eat SuperWagens. Just look at this evil smiling face!

VW just introduced at Wörthersee its technical and aesthetic perfection - Design Vision GTI concept. And this is one furious beast... This thing is very similar in ideology with its predecessor - absolutely insane 2007 Golf GTI W12 concept. And this new one comes from the same league!

First of all, the engine. Now it carries half of the engine from its insane daddy - 3.0 BiTurbo V6, situated at its typical location -at the front. In comparison to the old 650 PS, 750 Nm W12, modern V6 produces 503 ponies and 560 Nm. It might sound disappointing, but I'm sure it isn't. Now the car is much more balancely projected, which gives it a big advantage in comparison to the previous one. Firstly, the masses of the current one must be lighter than it was with W12 (the number is unknown though). Then DV GTI comes with modern superfast 6 spd DSG 2-clutch gearbox. And at last, the current one is AWD, in comparison to the W12's RWD, which can be considered as a huge advantage. The car comes more stable, balanced and now is a proper performance tool. As the W12 was extremely unmaneuverable, and just an insane self-killing machine. Now I think it could be beaten round track by much less powerful, nicely projected DV GTI. And some claimed data about the new thing: 300 kph, 3.9 sec to 100. And that is damn impressive! These are very close numbers to the more powerful W12! Damn, that's Golf-based car in a supercar 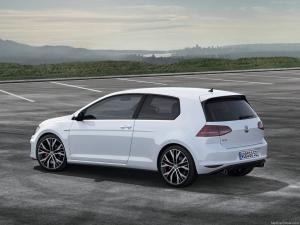 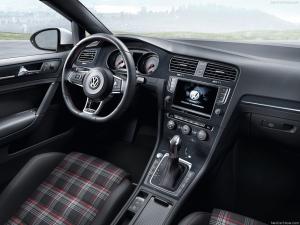