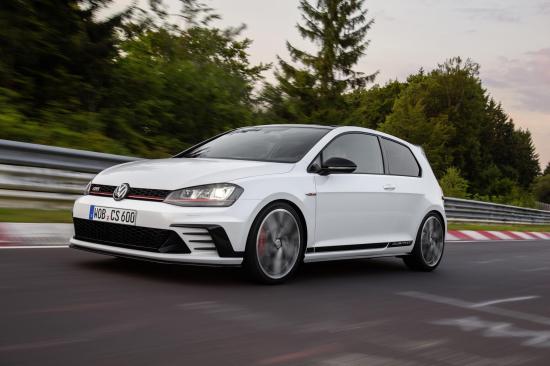 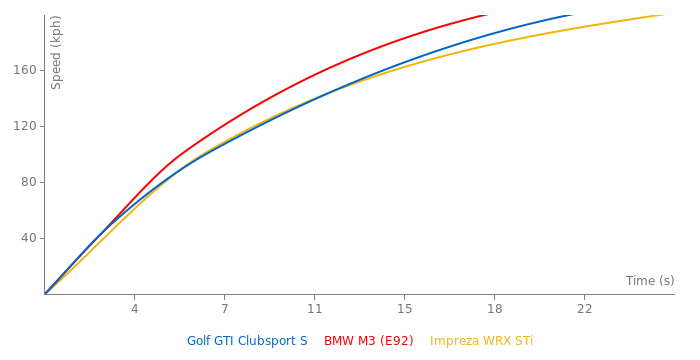 Not enough to win 10 seconds on a lap, certainly. But given the low GTI Clubsport S on the Honda Civic Type R (1.43 seconds less on 20.8 km), these details can make the difference. To the rivals to rebel and try again their chance ... to the delight of passionate observers!

Only here: during the winter 2015/2016, the circuit carried out development work to secure certain portions, and no longer completely corresponds to the configuration borrowed by the rivals of the Golf on their personal record. Which is to say that the GTI Clubsport S holds a record ... on a circuit that no other competitor has yet traveled. At least, officially. 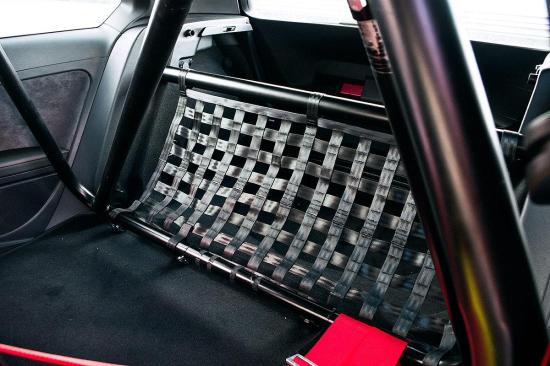 this is a striped out car, its hard to compare the times of a hatch with no back seats with a normal production car for the road.

also the tye r's cage was mounted to rubber pads so it wouldnt make the car stiffer, the bits taken out was to counter the weight of the cage, and that cars been showing some impressive performances on other tracks

Normally youd think that Nurburgring lap times give a good indication to other lap times but the variances are too high, the degree of a factory "qualifying pace lap" and a simple magazine editor lap is the difference of 20 seconds.

But nonetheless this is a very quick time

Simply because it makes a good time here, Certainly does not mean its other times will be outstanding, Thats the problem with people looking at Ring times, It does not reflect every other times.

Guys, that is anyway an outstanding lap time, if it is good at Nurburgring it will be good at any track - rest stays in hands of the driver ???? Congratulations to VW for that record!

Exactly, Alot of cars today that go for a record, Or a fast time on the Ring are often fitted with harness's and cages, Its a safety precaution, Your not exactly going slow on one of the most dangerous track in the world, Plus theres insurance issues, And the opinion of the one driving to take into consideration. But the Civics times was quite different, Ans NIN pointed out, Honda should have never even released that time or that video, It was beyond retarded.

This car was also not "stock"... rollcage and fivepoint belts where added - see here:
http://www.autobild.de/artikel/vw-golf-gti-clubsport-s-2016-sitzprobe-8976891.html

Is this not the same reason, the civic type R's time is not approved here???

Very impressive- so far.
A "Clubsport S-version" is typically and especially built for the Nordschleife (as long it is a german car), so the very good pace here is nothing really surprising. Let's wait for some other track-times and you will see it's relativity, I suppose.

Dont no what the US has anything to do with, And the price compared to a Camaro SS in the UK and Germany are similiar, Hell there damn near the same, Other then the Civic Type R, And Megane 275, There isnt any other Fwd car to compare it to, But in that price range, There are others beyond Fwd one can look at, But depends on what they want.

Lol, no this car won't be cheaper than the Golf R. No official price yet but it's most likely north of 35k pounds according to I don't remember who

this car will not be sold in the USA so NO u dont get a Camaro SS for the same price
price will be somewere between the normal GTI Clubsport (34.925Euro incl19% tax) and the Golf R (39.500Euro incl 19% tax) in Germany.
For a 400 car limited edition special able to lap in sub 7:50min the northloop that IS BARGAIN.

that are the fastest FWD cars on the northloop.
all have FWD
all have 2.0l turbo engines
all are fitted with sticky "semi slick" tires

if u compare the price as used during record run configuration they are all way over 35.000 Euro in exactly the same the Clubsport S will dropp

For the same price, You could get a Camaro SS which will tear this car to pieces in every way, Or a Focus RS or a 370Z, It will be a great car no doubt, But id rather have something else, But a Golf will always be special, Its got that handling and certain feeling characteristic that no other car has, But id still want something else.

I wonder how many differences are on this car vs the regular clubsport. It's an impressive time especially when you consider this isn't a massively underated engine, with the boost turned up to 11. You can see, at the end of the straight, the car managed only 250kph, while the civic type R (claimed 306hp) hit 270kph.

So in theory the car, chassis and tires are much more track-able in the handling than the civic.

However, the lack of backseats and the extra cost (more than a golf R) make it somewhat stupid. How much is it going to cost? Same as an M2? But in fairness because it's a limited production car, he value should hold well

Bugatti4Life the real one 10h