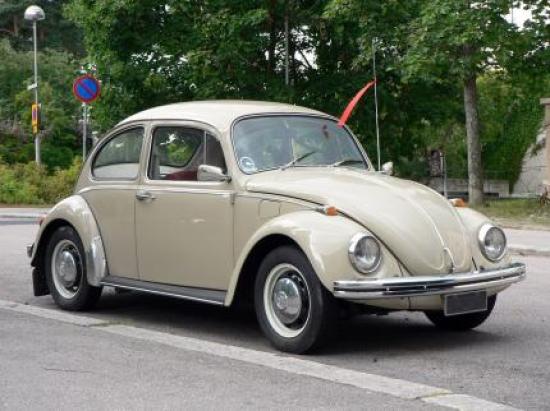 They have build 3.1 million Trabbi of all version from 58 till production end... in car world that does not even get it into the top 50 of most production models

It would be interesting to know on which place the Trabant is. It was the best selling car in the DDR, so I expect they sold many of them there.

The Kaefer is the best selling unchanged single design ...

Corolla/Auris is a nameplate used for several different cars they even switched the basic layout from RWD to FWD in the 10 generations. In some nations they even sold other Toyota cars under the name Corolla..example in Germany the Tercel was sold as Corolla. They throw Coupe, limo, hatchback, minivan.. every single version based on the Corolla into their counting...

if VW would like Toyota throw in all cars based on the Golf in the counting they would blow the Corolla out of the water by miles.

But it is not the best selling car in history:

I love the old beetles, they are the best selling cars in history, over 13,000,000 sold, and if you trace the roots of the Porsche 911 all the way back to its very genesis, you'll come to this. They're really tough and reliable, too.

This is just a VW Beetle. Is Kafer just in german instead

Mach-1 : this little car,if maintained properly can go over 100 kmh(62 mph)on highway all day long,it's engine revs to about 4200 rpms...one of the most reliable cars ever anyway,the hjistory starts with H***er wanting to have a cheap and reliable car which can go 100 kmh(the first 1.2 cmc models in the late 1940's) Ferdinand Porsche invented the Beetle/Porsche 356 later

I've heard these cars are damn near invincible, but man, you wouldn't even want to touch the highway with one. My dad had one and said he was lucky to do 60 in it. Then again, we also had an early 90s Pontiac Sunbird and that thing felt like it was gonna explode if you tried to take it past 65. XD

the slowest car to go on autozeitung.

I have a beetle with 1600cc engine, and was surprised how fast i is, when you take it to consideration that it\'s 40 years old

There are plenty of them still driving on California roads

the beetle is that fast?? LOL well RWD and engine in the back have their advantages

Acually quite impressive time, man would have thought that beetle would get left far behind, but it just keeps up with that small Hyundai.
Considering the differences (mostly unfavorable towards old cars) in the last 40 years, I\'d say that rarely anything can best that kind of simplicity when it comes to reliability and durability, genuine old school german car, bulletproof. Old \"bug\'s\" excellent image truly is well grounded I\'d say.

i could have sworn this is a beetle

Is that time really legit?